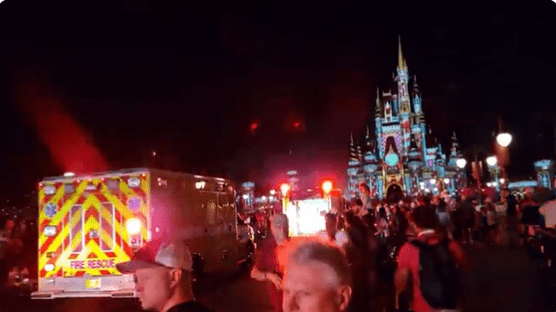 Fire breaks out at Magic Kingdom near Cinderella Castle, prompts an evacuation from one area of the park

It’s not common to see fire trucks driving through a theme park at the Walt Disney World Resort. When emergency vehicles are needed, they do their best to be inconspicuous if time allows, but yesterday evening, a when small fire broke out at the Magic Kingdom theme park at Walt Disney World, there simply wasn’t time for that. 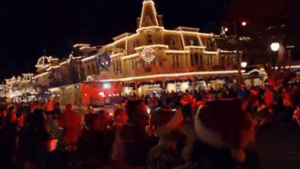 According to Jon Shirey, President of the Reedy Creek Firefighters Association, a call for help came from Magic Kingdom to the fire station at approximately 6:45 p.m. last night in regard to an electrical fire that started on a junction box just outside Cinderella Castle. Shirey said that firefighters usually avoid driving through areas like main thoroughfares inside the four theme parks, but due to the nature of the incident at Magic Kingdom Park on Tuesday evening, driving down Main Street was unavoidable.

RELATED: Disney World at 50: Take a look at Cinderella Castle over the years!

You ever seen a fire truck and ambulances make their way down main street USA? Because uh… #wow #disney #disneyworld #magickingdom pic.twitter.com/GlCUw11yPB

A statement from Disney said that the fire was small and was extinguished quickly. But not before an area near Cinderella Castle had to be evacuated in an effort to keep Guests safe. The area was roped off from Guests in an effort to maintain safety and order and so the responders could extinguish the blaze.

No injuries or deaths were reported, except for one Disney security guard, who was treated by EMTs after inhaling dry chemicals from a single fire extinguisher. Later on, after the ordeal was over, a Cast Member was taken from the park, seeking non-emergency treatment, according to a spokesperson for the Walt Disney World Resort. Thankfully, there was no harm to any other Cast Member or Guest in the park at the time of the fire.

RELATED: These are the real heroes; Marvel honors 9/11 first responders with new comic

The Orlando Sentinel reports that firefighters said that from the looks of the situation, it’s possible that a firework caused the tree fire, though per the My Disney Experience app, no fireworks shows were scheduled at the time the fire broke out. The fire is still under investigation, and the Fire Marshal will be the one to make the final determination.
ambulance blaze cinderella castle electrical fire fire firetruck junction box Magic Kingdom main street u.s.a. orlando sentinel tree fire 2021-12-15
+Becky Burkett
Previous: Awesome Disney Dining Hacks for Your Next Vacation
Next: Ahoy! Dining at The Boathouse