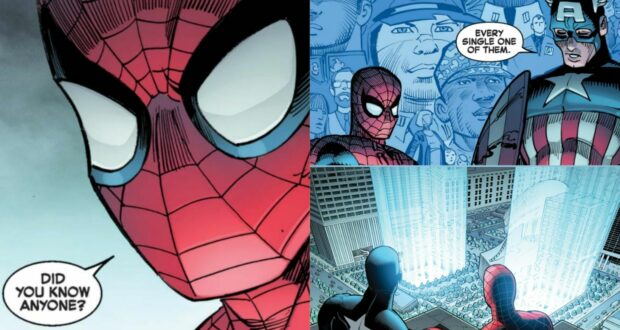 ‘9/11 First responders are the real Superheroes’: Marvel honors the brave with a new comic

Marvel creators John Romita Jr. and Joe Quesada wanted to pay tribute to the victims and the heroes of 9/11 in a special way.

So they did just that–with a brand-new comics story, starring Spider-Man, Captain America, and heroes across the nation.

Artist John Romita Jr. is responsible for the simple, yet powerful imagery in the story, titled The Four Fives. Writer Joe Quesada worked alongside Romita to tell a story of remembrance, honor, and sorrow, though with more bell tolls than words. 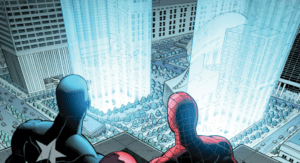 “When we first started speaking to John [Romita] about what he wanted to work on upon his return to Marvel, crafting a story honoring the 20th anniversary of 9/11 was very important to him,” says Marvel Editor-in-Chief C.B. Cebulski.

Cebulski says the team surrounding the new comic story is comprised of people from the Big Apple.

“As New Yorkers who were all here that fateful day,” he explained, “we’re proud to present The Four Fives and do our part to help memorialize the men and women who sacrificed their lives two decades ago in a way only our comics can.” 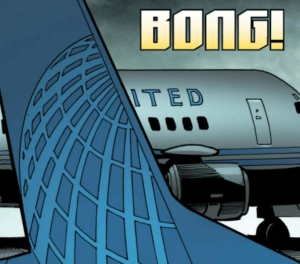 And Cebulski is right; the comic strip captures the heartbreak of that day, coupled with the pride our nation felt in those who served as the courageous first responders who braved the two burning towers to help save the lives of people they didn’t even know. 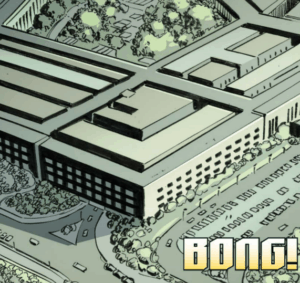 Because of their heroism, many of those first responders became victims of the malicious attacks as well; 412 in all.

The lives of 343 firefighters were lost.

The lives of 37 Port Authority officers were lost.

The lives of 23 New York Police Department officers were lost.

The lives of 8 EMTs and paramedics were lost.

The lives of 3 New York State Court officers were lost.

The life of 1 New York Fire Patrolman was lost.

In all, 75 firehouses mourned the loss of one or more of its team on September 11. 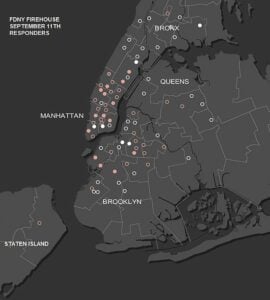 Map of firehouses that responded to the attacks on 9/11. The rose-colored dots indicate a firehouse that lost at least one responder in the attacks. Credit: New York Times

“This was the right thing to do,” says Marvel comic artist John Romita Jr. “The firefighters, police, military, medical first responders, and the fallen are the true superheroes.” 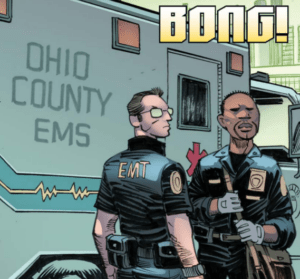 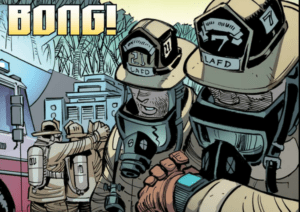 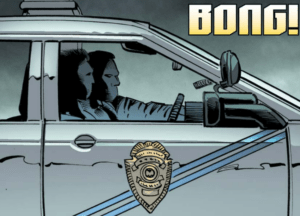 “When C.B. asked if I’d be interested in writing a story commemorating the 20th anniversary of the 9/11 attacks, I initially turned it down. I just didn’t think I had it in me to do a deep dive and relive that day again, nor an idea that could do it justice,” reflects Marvel comic artist Joe Quesada. “But, as soon as we hung up, I couldn’t stop thinking about all the souls lost.”

Quesada couldn’t stop thinking about that day, and then he had a thought that would bring the entire story of the comic to fruition.

“I thought about the yearly tolling of the Bell of Hope at Trinity Church,” he explains. “I called C.B. back to tell him that I had an idea.”

You can read the powerful story here on Marvel’s website.

9/11 comic first responders marvel the four fives 2021-09-11
+Becky Burkett
Previous: The attraction before the attractions was Guests’ favorite, and it’s not the attraction you’re thinking
Next: Mom with disabled child gets hate-filled ‘parking violation’ on her van at Magic Kingdom