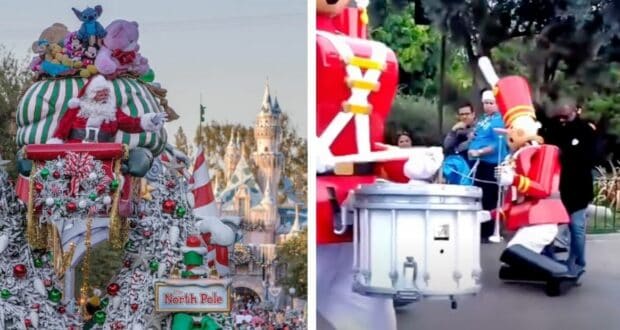 Being a Disney character is hard work. The costumes can be big and heavy, movement can be restrictive, it can be difficult to see, and sometimes you have to learn certain dances if you are in a parade. Every year, certain Disney Cast Members are a part of the holiday A Christmas Fantasy Parade, where they become characters like snowmen, elves, gingerbread men, and toy soldiers. The parade happens twice daily and runs down Main Street, U.S.A all the way back to the “it’s a small world” Holiday attraction. 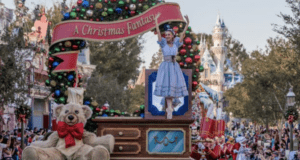 Training to be one of the characters in this — or any parade — takes a lot of work. All the characters have to move as one and are expected to be in synchronization. They also have to be aware of the other parade characters who may move around them, and they also have to be aware of the Guests who are sitting on the side of the road as they go by. The work is hard, but the end result is an incredible parade watched and loved by thousands every day. 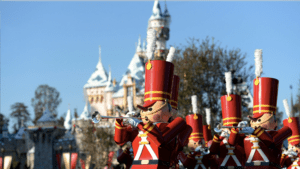 Unfortunately, despite all training and practice, sometimes things go wrong and accidents happen. That was the case recently when a Guest watching the parade saw one of the toy soldiers take a bit of a fall. The fall caused the soldier’s head to come off, but a fellow Cast Member was quick to hop into action, pull the soldier up, and put his head back on correctly, so the toy soldier could rejoin the parade. 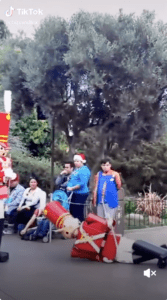 You can see the video below.

Here is more information on A Christmas Fantasy Parade at Disneyland Resort: 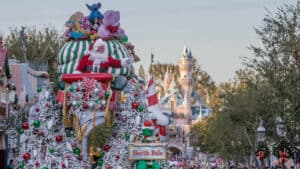 A Christmas Fantasy happens twice daily at Disneyland, weather permitting. You can check out parade show times by visiting your Disneyland app. The parade is incredibly popular, so it is recommended that you claim your spot early if you wish to have a good viewing spot.

2021-12-15
Krysten Swensen
Previous: Disney World’s President rides new “Guardians of the Galaxy” coaster, gives it a 3-word review
Next: How You Can See Some of the Art That Inspired Walt Disney