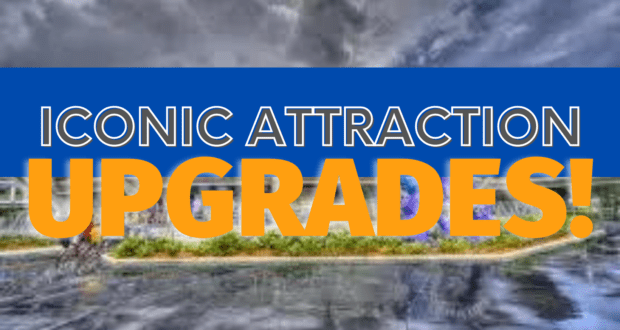 This classic Magic Kingdom attraction just got several upgrades, and diehard fans were the first Guests to notice

One of the most iconic classic attractions at Magic Kingdom just got several upgrades, but whether Guests noticed the upgrades might depend heavily on whether they’re diehard fans or only occasional visitors to the parks at Walt Disney World.

The attractions at Walt Disney World are more than just amusement park rides themed after beloved films from Walt Disney Animation. Among the many options in theme park and amusement park entertainment around the world, patrons can enjoy any number of rides–whether they’re roller coasters, log flume rides, or water rides–that range from the mundane to the thrilling. 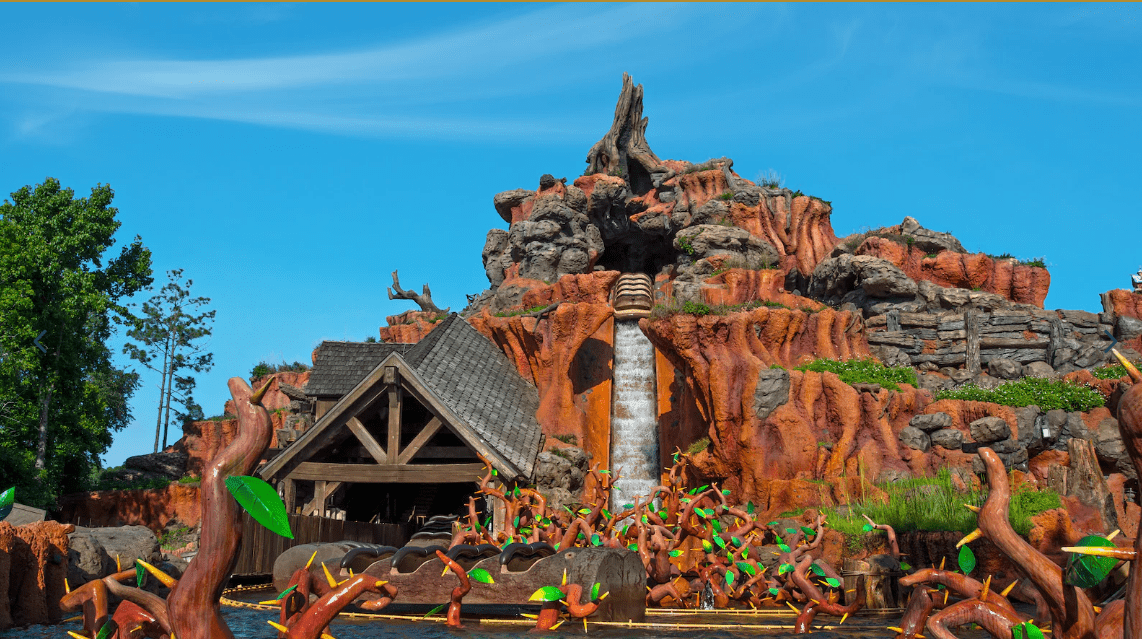 Overall, however, the rides are largely the same experience. Each theme park simply adds theming of animated or live-action characters the park’s parent company owns, gives the experience a trendy, easy-to-remember name, copyrights the name, and passes off the attraction as unique, never-before-experienced, unmissable, and unforgettable.

But the truth is that theme park rides are all the same because they’re usually created the same. That is, with the exception of those found inside Disney Parks. 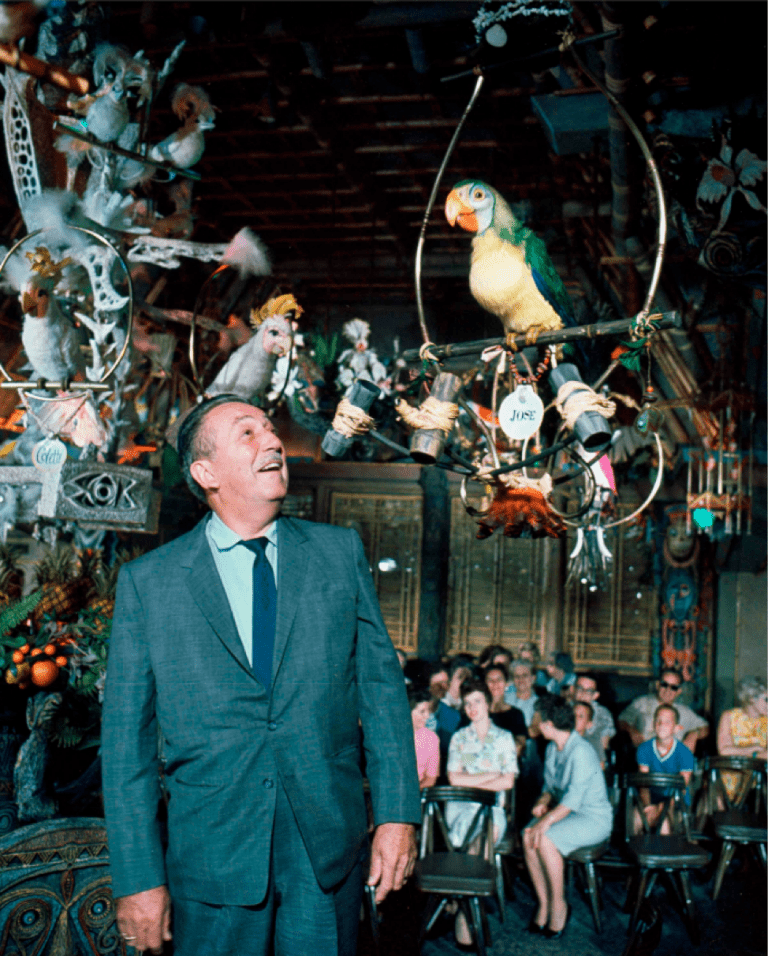 It’s no secret that Walt Disney was a visionary. He loved to do that which had never been done before. “It’s kind of fun to do the impossible,” Walt once said. He was known for dreaming up ideas that often, at the time, had no way of being brought to fruition, and then working with a team to create the means by which to bring those ideas to dazzling life. 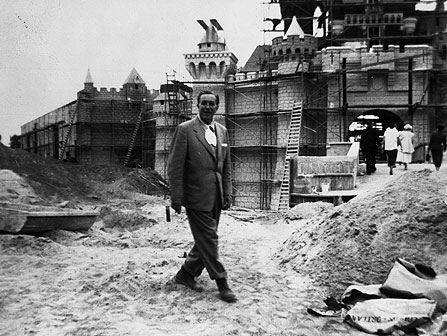 What began with Walt’s efforts toward the development of the Disneyland Resort in California in the early 1950s continues today in the minds, hearts, and hands of Walt Disney Imagineers. Walt Disney and those who have carried on his legacy have always been creative thinkers, imaginative problem-solvers, and engineers who put imagination into all they do (“Imagine-eers”). Some of that imagination goes into the creation of attractions. Some goes into the story behind the experience of an attraction, and some goes into the development of technology that makes Guests’ time at a Disney Park more enjoyable and more valuable.

For example, in 2019, Disney World unveiled the magic of its patent for technology that allows Guests to move through the queue for the Millennium Falcon attraction at Star Wars: Galaxy’s Edge. When the attraction had only been open two months, wait times averaged only around 35 minutes. How could this be? 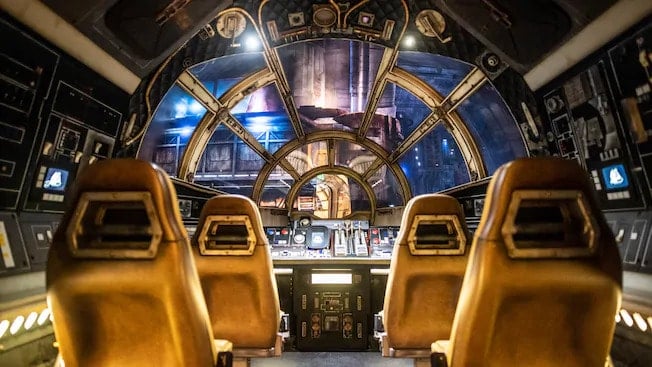 It was due largely in part to Disney’s new technology called “Ride system: Motion base on a turntable/segmented turntable.” As the name suggests, the technology is based on a turntable-like structure that allows for more efficient loading and unloading of Guests.

The result is shorter wait times in the queue for the attraction. And that’s just one example of the creative thinking that sets Disney Parks and their attractions apart from those found at Six Flags theme parks, Universal Orlando Resort, Sea World, and other theme park competitors.

But decades before the Millennium Falcon would land at Disney’s Hollywood Studios, Walt Disney poured his heart and soul into the development of another attraction that was also based on a turntable-like structure.

Shortly after Disneyland opened in California in the 1950s, Walt Disney had plans for the expansion of Main Street, U.S.A. that would incorporate two separate districts–“International Street” and “Edison Square.” 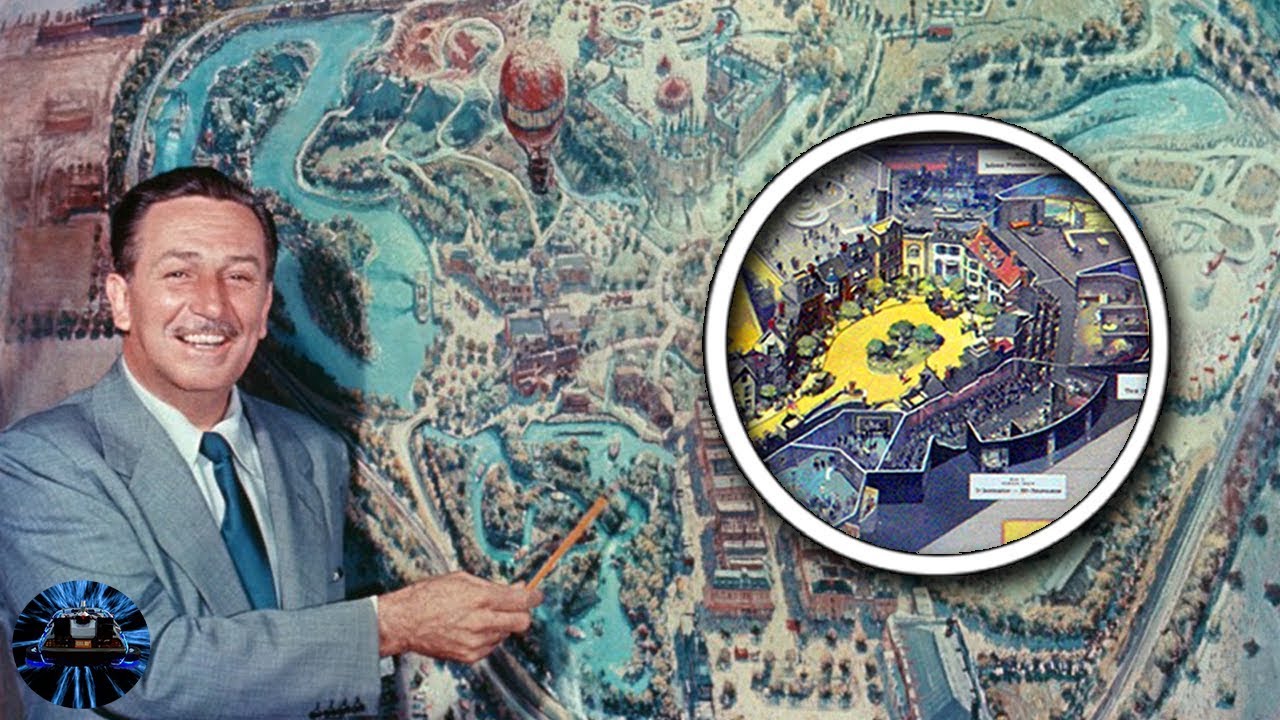 At Edison Square, Guests would see a show about the evolution of electricity, beginning in the 19th century and moving toward the present day. Because General Electric was a sponsor, the show would feature GE appliances and show how they impacted American life over the years. The show would have four acts, each representing a different time period. When one act was over, Guests would walk to the next one. Though the inital idea never came to fruition, Walt didn’t give up on his idea.

GE then asked Walt to create a show for the 1964-65 New York World’s Fair that would be part of the General Electric pavilion at the fair. Instantly, Walt thought of his Edison Square show and pitched the idea to GE execs who loved it. Imagineers began the work of creating a “carousel theater” that would allow Guests to remain seated. Rather than the audience getting up and moving after each act, they could stay seated, and rows of seats would rotate around a set of stages that remained stationary. 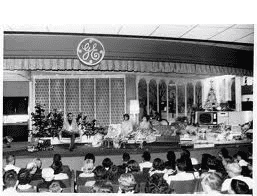 The Disney Carousel of Progress was born, though it wouldn’t stay with General Electric as it was Disney’s from the start.

RELATED: The Carousel of Progress that ALMOST happened

The attraction inside Tomorrowland at Disney World‘s Magic Kingdom has wowed Guests at the Most Magical Place on Earth since it first moved from California to Florida in 1975. Fans of all ages understand the reference to a “great big beautiful tomorrow,” and most of them can sing the theme song for the attraction as well.

In 1993, it was renamed “Walt Disney‘s Carousel of Progress” after a refurb, in honor of Walt Disney himself. The attraction today is a 21-minute production with the same premise: a look at the role electricity and technology have played in man’s progress.

Over the years, the show itself has changed very little from the original one.

But Disney’s Carousel of Progress has received several updates in the last several days, and, as is fitting for the iconic classic attraction, there were no major announcements from the park about these changes–no fanfare, no hoopla. As such, only diehard fans noticed the updates, as they were very subtle.

User Ivonne tweeted the following after noticing some of the new additions to the Carousel of Progress attraction:

“I’m glad the Carousel of Progress family finally did their laundry because who knew Patricia had this amazing hoodie?”

I’m glad the Carousel of Progress family finally did their laundry because who knew Patricia had this amazing hoodie? pic.twitter.com/jlAKW1AGfF

Yep. Patricia has finally gotten some new clothes. (Or, as the tweet suggests, maybe the progress family has simply done their laundry for the first time in years.) In Act IV, also known as the final scene of the Carousel of Progress show, Patricia, the daughter in the family, is seated in a chair next to the Christmas tree, talking with family members about the topics of the day. Her new hoodie from “Progress Tech” is one of the new updates to the attraction, but there’s more.

In the same scene, Grandpa has been spotted with some new threads–a new cardigan and new plaid pants. 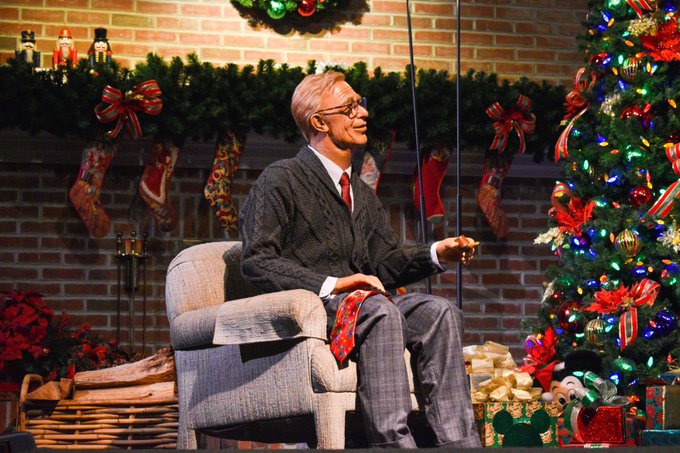 John has a new apron that reads, “My Food Rocks.” It’s so different from his previous garb, that we almost didn’t notice the son’s new shoes. 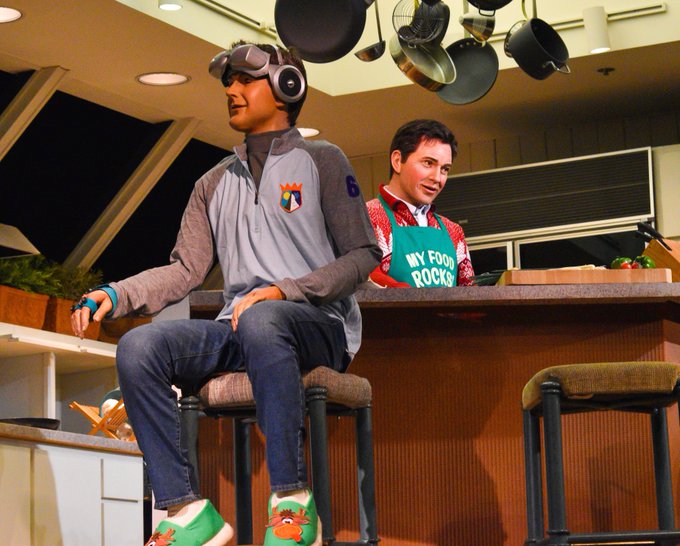 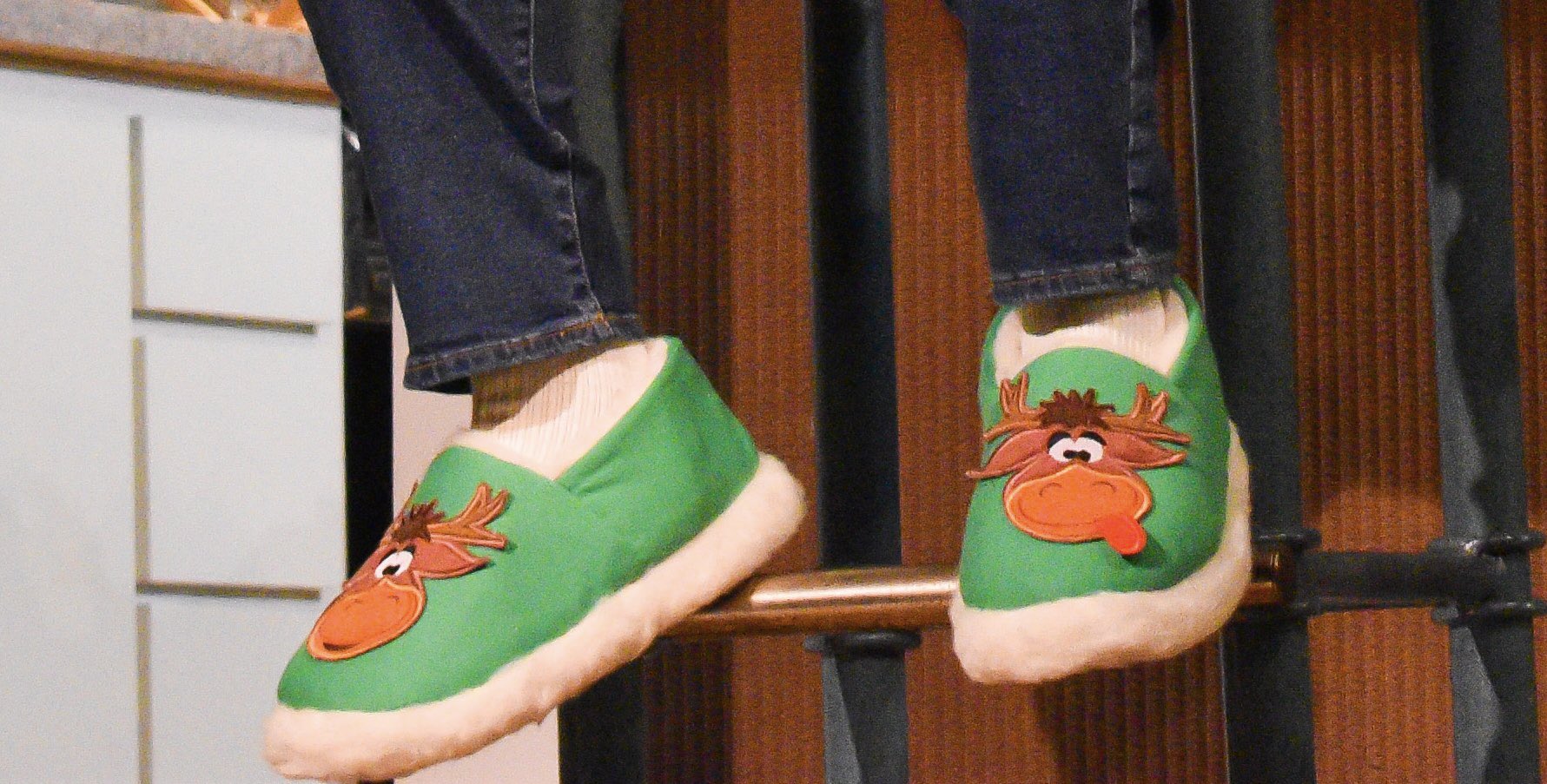 The son also has a patch on his long-sleeved shirt that carries a special meaning. 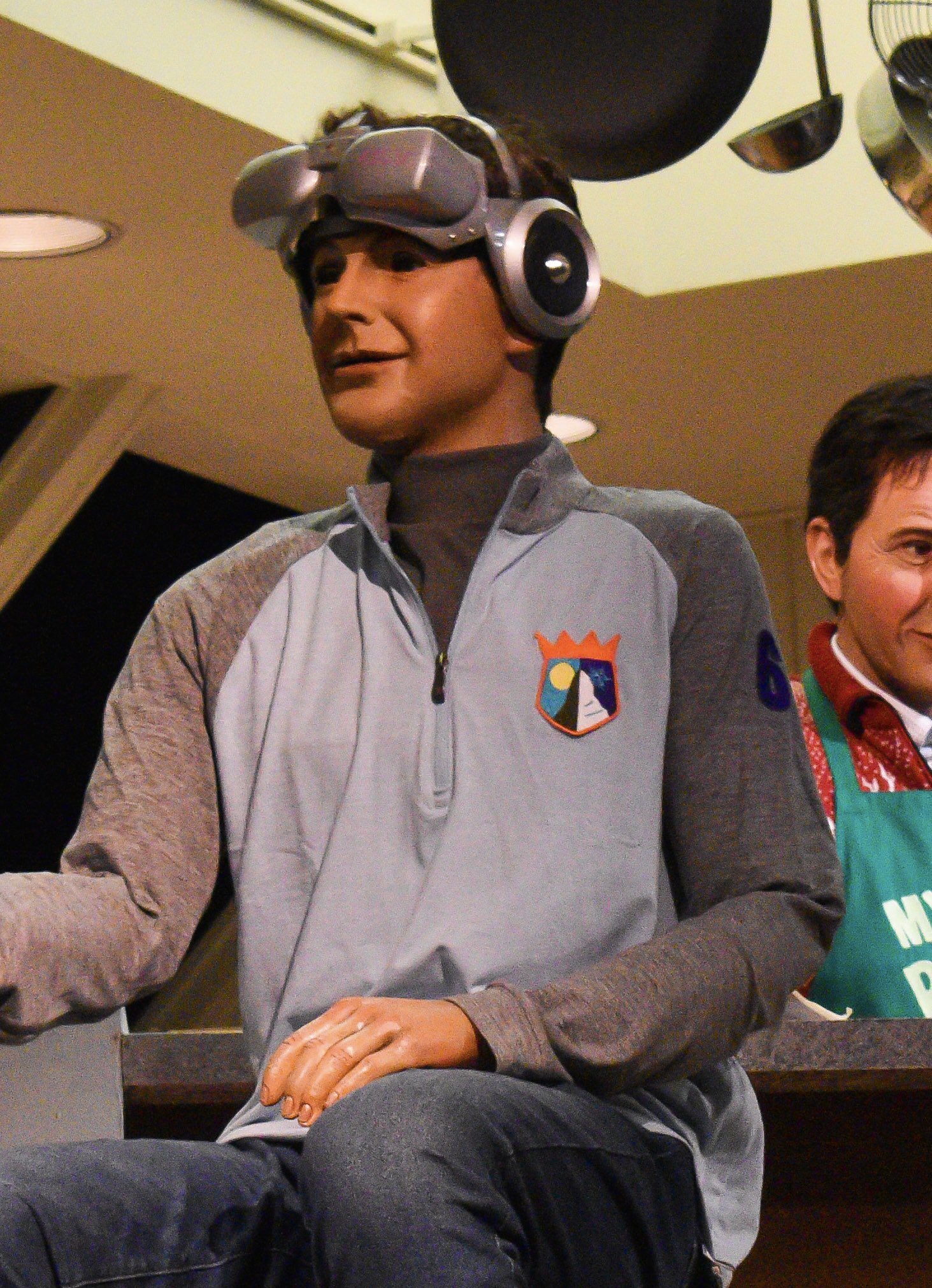 The patch actually pays tribute to Mineral King, Walt’s proposed ski resort in California. The patch is inspired by logos initially created for the resort. 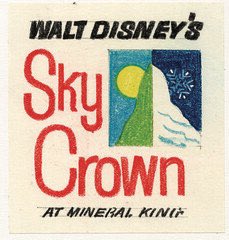 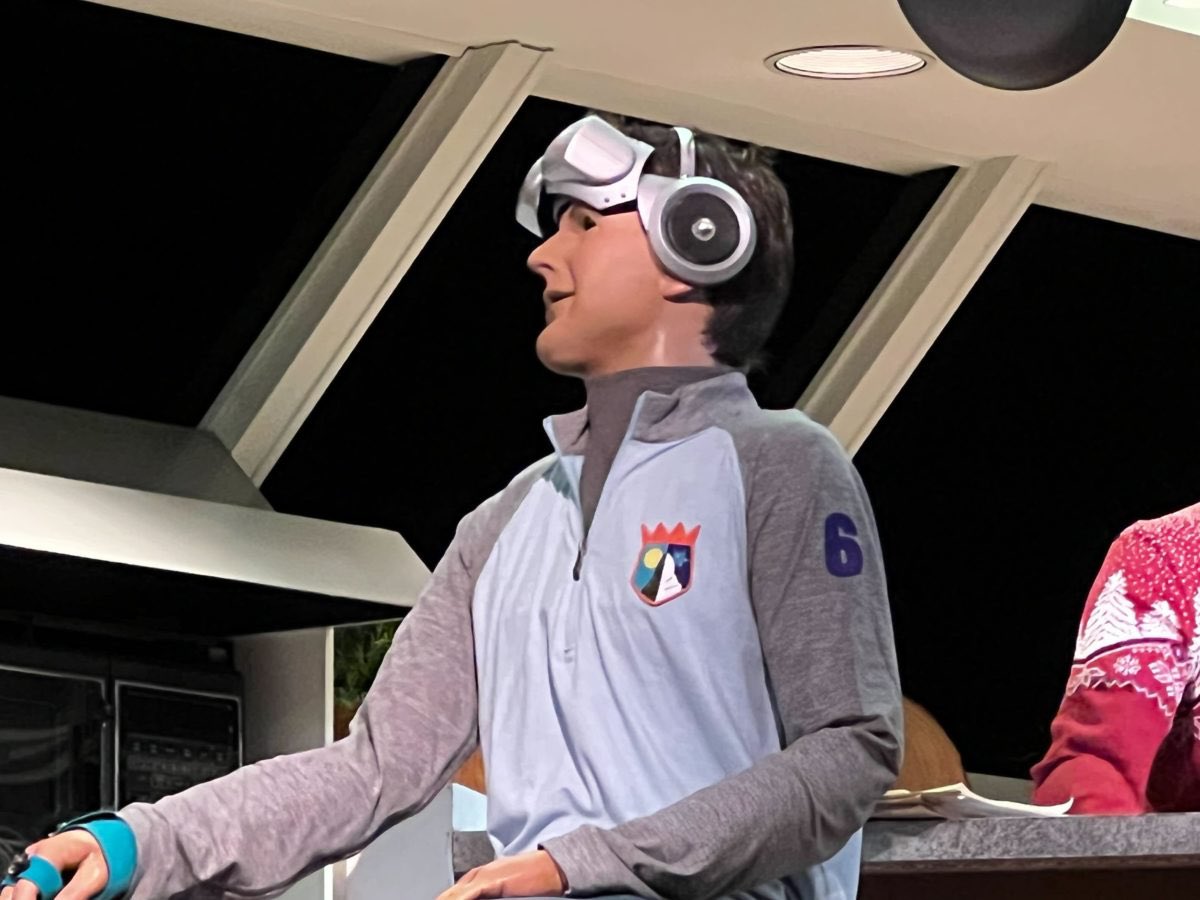 It’s nice to see these tiny pieces of “progress” in the attraction‘s recently added new details!

2022-07-07
+Becky Burkett
Previous: Have You Noticed These Details in Muppet*Vision 3D?
Next: NEW Dance Party Shakes Things Up