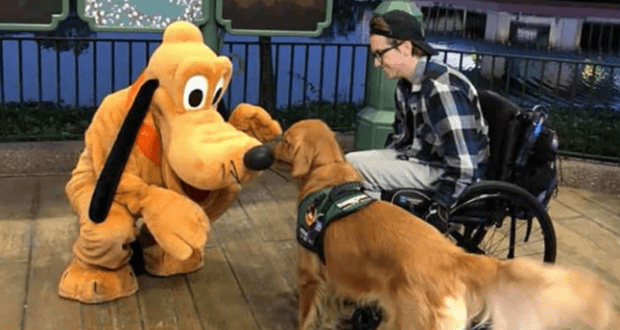 Man’s best friend is also sometimes Man’s most necessary friend. Thousands of dogs are employed as service dogs and many of them go with their owners to Walt Disney World each year. Disney has a no pets allowed policy, but service animals are the exception since they aren’t pets but a vital medical service.

According to ServiceDog.org. “Service dogs are recognized by the law as trained working dogs that perform tasks for persons with disabilities. Disabilities can include both physical and mental impairment. It’s critical that the dog can perform specific tasks that directly relate to the owner’s disability. This can include anything from opening doors for people in wheelchairs to warning the owner of an impending seizure.” This makes these animals vital to some Disney World Guests. 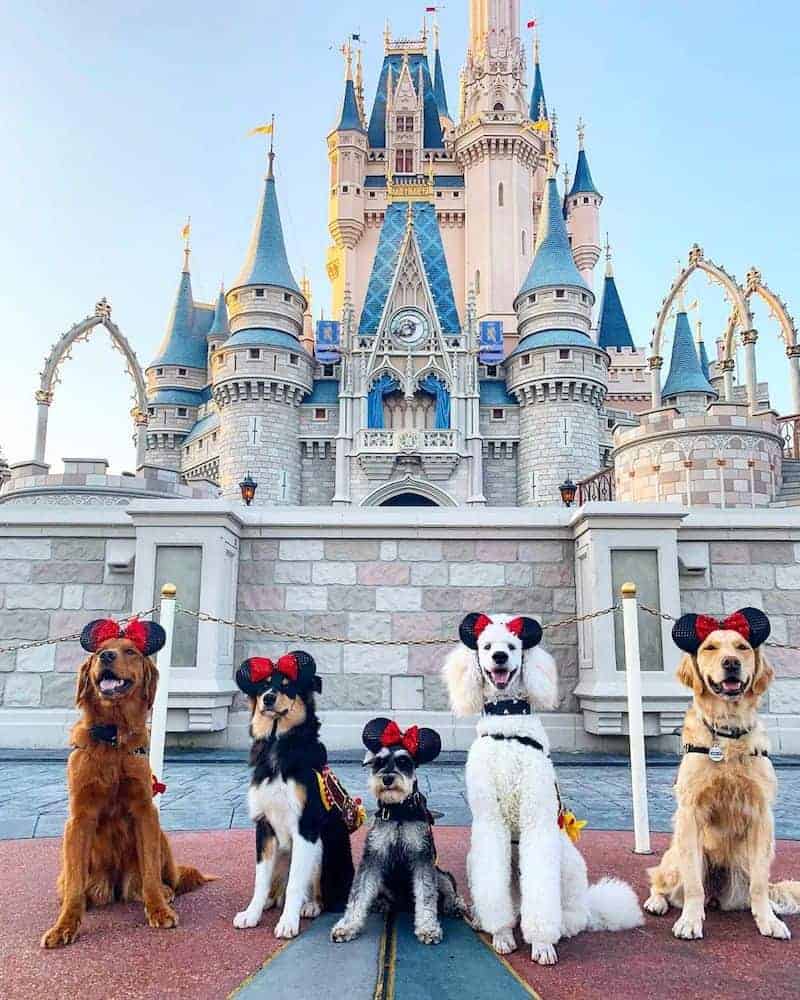 What happens when the Guest wants to go on a ride? Some rides permit the animals to ride while others have restrictions that don’t permit service animals to join their owner on the attraction. According to Disney’s website. Due to the nature of some attractions, service animals may not be permitted to ride. At these locations, please ask a Cast Member about available options.” Water Rides, Roller Coasters, Splash Fountains, rides with height requirements and rides that include small enclosed spaces do not allow service animals of any kind. That doesn’t mean their owners can’t enjoy the attraction if they are able, though. Disney has a system in place that accommodates the animals while the owner enjoys the ride.

When a service dog owner arrives at a ride that their dog cannot participate in, they simply approach a Cast Member and ask for accommodation. The Cast Member takes the dog while the Guest waits in line and rides. The animal is then taken backstage to a kennel where a Cast Member waits with it until the Guest is done. The dogs receive excellent hospitality during their kennel stay. After the ride, the dog is then reunited with its owner.

Recently a TikTok video went viral showing the process and how the pups are cared for. At the time of this writing it had received over 6 million views. The dog and its owner were at Soarin in EPCOT. The height requirement and nature of the ride precluded the dog from riding but the dog was able to wait nearby. You can check the video out here.