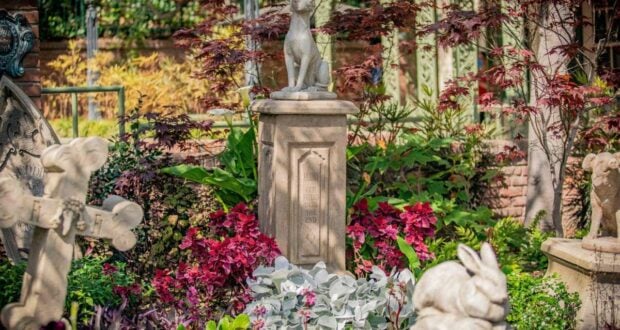 There’s an actual cemetery at Disneyland’s Haunted Mansion. No, not that one.

No other Disney Parks attraction in the world is more steeped in history and mystery than the Haunted Mansion. 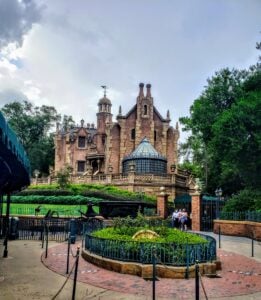 It’s the only Disney Parks attraction to be found at 5 different locations around the globe: Disneyland Park in California, Walt Disney World in Florida, Hong Kong Disneyland, Tokyo Disneyland, and Disneyland Paris. 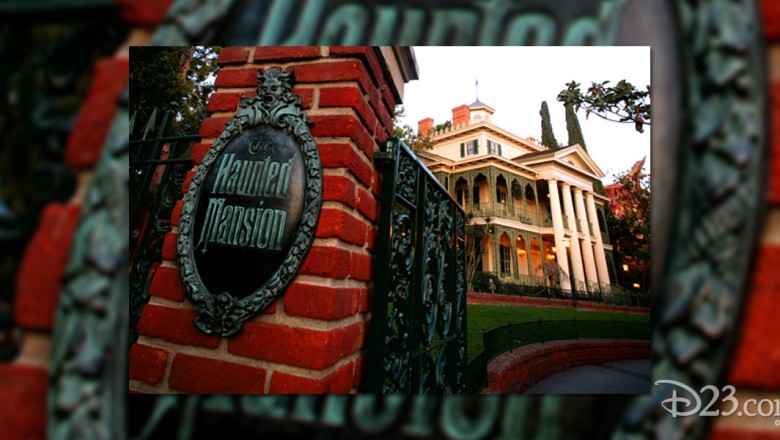 The Disneyland California version of the attraction is the original, as it opened to Guests in 1969. Almost immediately after its installment, it began to be the stuff of legends, of mysteries, of the unexplained. The attraction was an instant hit with fans, and we’re always learning new and exciting (and spooky) things about the ride. 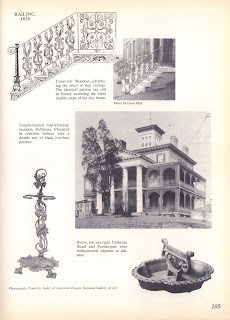 For example, the mansion itself was first inspired by a picture of the Shipley-Lydecker House in Baltimore, Maryland, found in a book called Decorative Arts of Victoria’s Era. The voice of the Ghost Host, Paul Frees, was also the voice of the Pillsbury Doughboy and the iconic Auctioneer at the Pirates of the Caribbean attraction of yesteryear.

RELATED: Angry, impatient man spits on Guest in queue for Pirates of the Caribbean attraction

According to an Instagram post, Donny Osmond went to school at the Haunted Mansion. Sounds crazy, right? The singer/songwriter says that there was a quiet spot in a corner inside the Haunted Mansion attraction where he and his teacher would work together while he, his brothers and Kurt Russell were filming The Wonderful World of Disney: The Haunted Mansion in 1970. 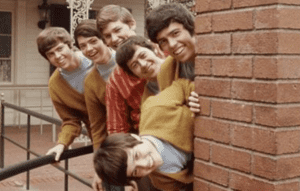 “There was a room on the second floor of The Haunted Mansion in a small corner that was not being used for the ride,” he posted. “That was where I had school with my teacher during filming. I’m pretty sure that I’m the only person that can claim that The Haunted Mansion was my schoolhouse, and that’s why it is still my favorite ride.”

But perhaps one of the more mysterious parts of The Haunted Mansion at Disneyland is the presence of an actual cemetery on-site. It’s a pet cemetery, and it’s the final resting place to only a few pets. Or so they say. 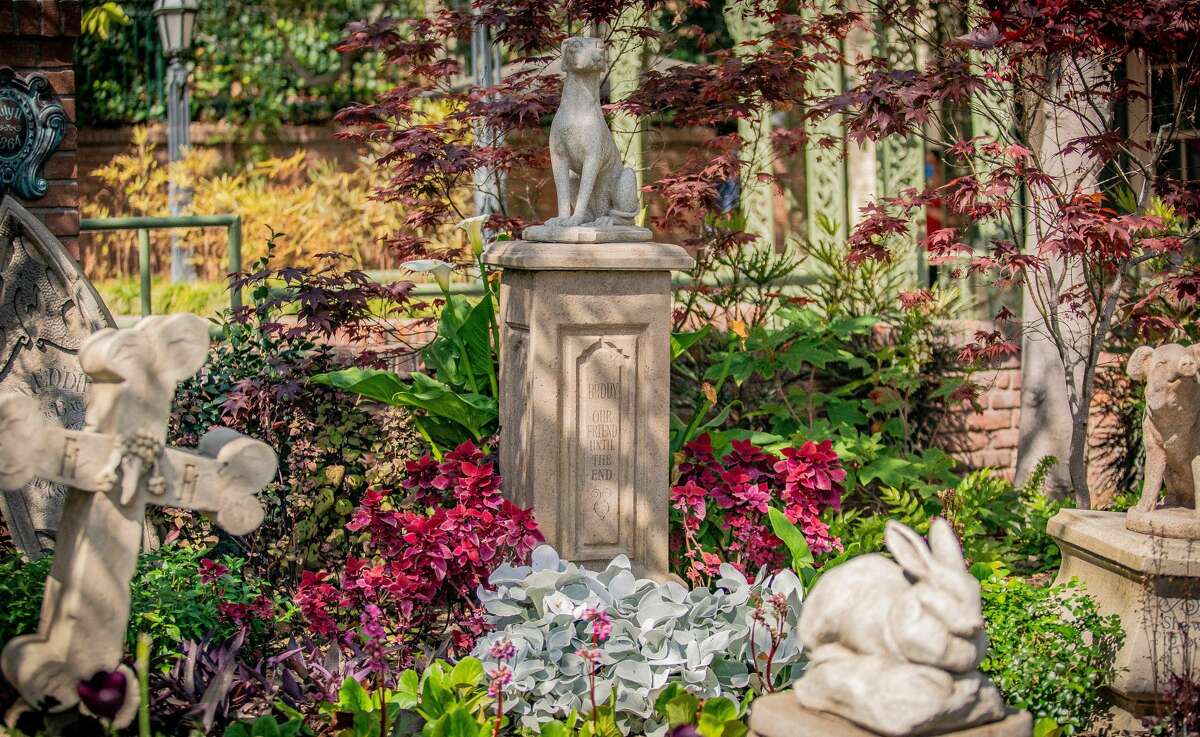 It’s one of the biggest legends surrounding the Haunted Mansion attraction at Disneyland; it says that there’s a pet cemetery on the west side of the structure of the attraction and that it was the brainchild of Imagineer Kim Irvine, who is the daughter of the late Imagineer Leota Toombs, who inspired Madame Leota in the attraction. But how much truth is there to this “legend?”

As with other Disney legends and secrets, it’s hard to know for sure. But this YouTuber was able to get a VIP Tour of the “Hidden Pet Cemetery” from a Haunted Mansion Cast Member, who distinctly asks him not to post any photos or videos of the cemetery (yeah, right), and she mentions the fact that it’s now only open to Cast Members, even though once upon a time before Splash Mountain was built, Guests could mill around the area before going into the attraction.

The Cast Member explains the 5 separate memorials inside the hidden pet cemetery. There’s one in memory of a skunk named Stripey, one for Bully the Frog, another for Big Jake the dog, one for Miss Kitty and an unmarked memorial in honor of all the pets who’ve passed on without an interment, such as fish who are flushed, etc. 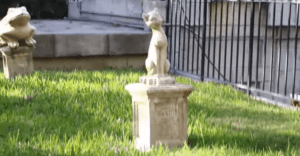 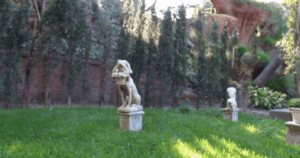 If you look closely at this screenshot from Google Earth, you can see a part of the tiny courtyard to the left of the main building. 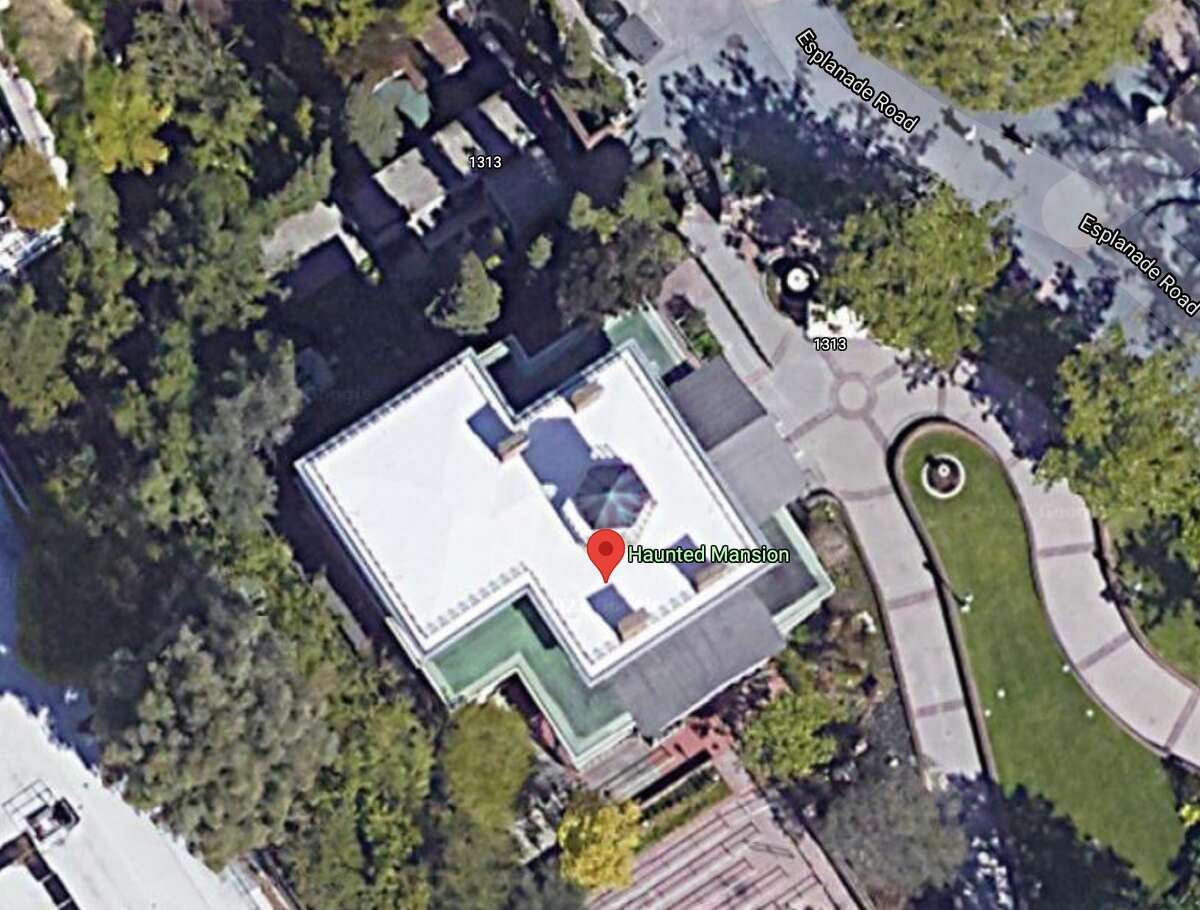 Have you ever seen the Pet Cemetery at Disneyland? Let us know in the comments!