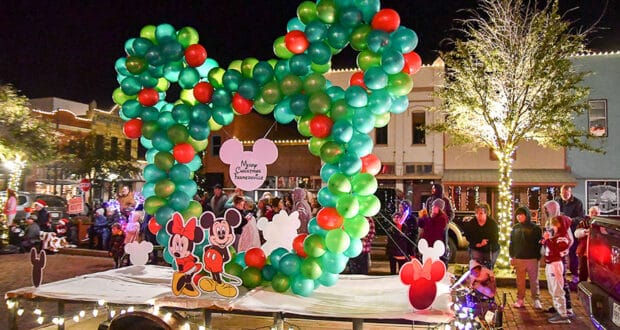 The “Onion Capital of the State” also knows how to throw a BIG Disney Christmas!

On June 15, 1945, a young man named Audie Murphy arrived back home in a little town called Farmersville, Texas. He was the single most decorated soldier in World War II, and though the North Texas town, also known as “The Onion Captial of Texas,” was small, thousands gathered to hear him speak, fresh off the battlegrounds.

For very different reasons, huge crowds gathered last weekend and lined the street to get a glimpse of the more than 140 Disney-themed parade floats that slowly traversed the main street through town.

Floats featuring beloved characters from Disney films of old and those more recently released brought laughter, joy, and holiday cheer to those who attended the magical holiday event in Collin County, Texas, on Saturday night, December 11. 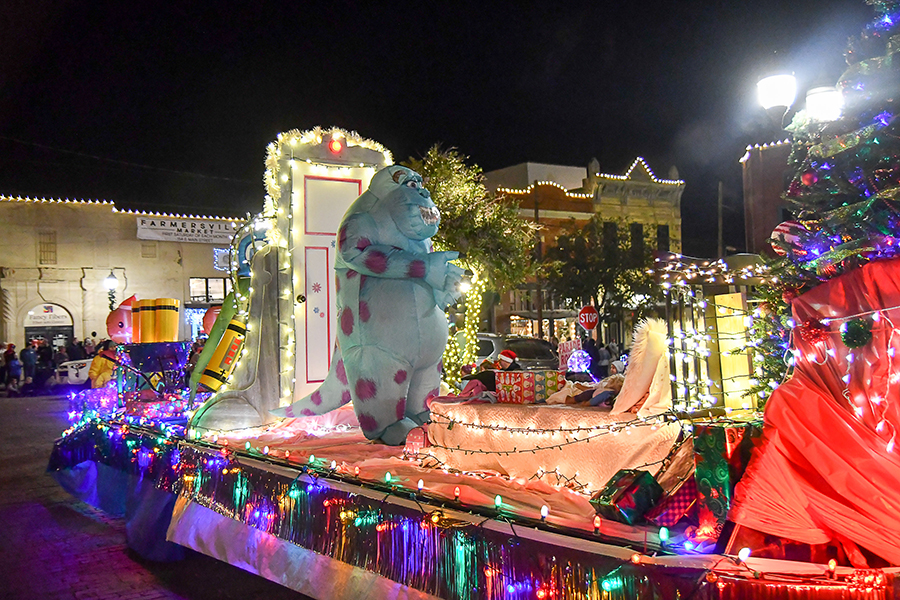 Townspeople saw characters from PIXAR’s Toy Story and Monsters, Inc. and Disney’s Frozen and 101 Dalmatians, and of course, the main mouse himself made an appearance aboard a flatbed float as well.

The event is hosted every year by the Farmersville Chamber of Commerce. Chamber co-director Lisa Eastman and director Lisa Crowder said they were pleased with the turnout for the event.

“[We] were amazed at the people who lined the streets from the beginning to the end of the parade.”

Ms. Eastman said that it wasn’t only the parade that was big, but the crowds as well.

“It was definitely the biggest crowd we have seen in Farmersville since we have been here,” Eastman said. “It was exciting! It was obvious this town is ready to experience new things, (some) growth, business opportunities, and family.”

Those who wanted to create an entry for the 2021 holiday parade were asked to construct floats that fell into one of four categories: motorized, walking, float and trailer, and equestrian. The entries were judged before the parade began, and winners were announced two days later, on Monday, December 13.

In the motorized float category, a Toy Story-themed float won second place. In the walking category, a float that featured characters from Disney’s Aladdin and Snow White and the Seven Dwarfs took home first-place bragging rights. No Disney-themed floats placed in the float and trailer or equestrian categories. Darn it. 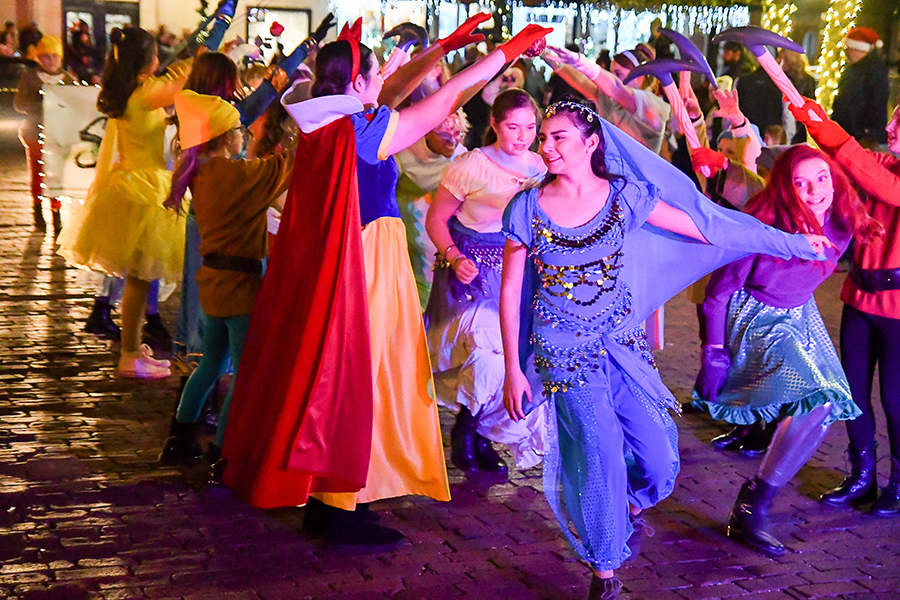 RELATED: You may love Disney’s “Aladdin,” but you’ve never been this kind of “Aladdin” fan!

“The weather, the timing, the blessings, our sponsors, the people who live and visit here, our board members, and the volunteers who help us have made this year hugely successful, and the parade just made it all even better,” Eastman said.

We tend to think Disney magic had a little to do with it too.

2021-12-17
+Becky Burkett
Previous: Disney World Is Extending Early Theme Park Entry For All Hotel Guests
Next: Disney Star Jeff Garlin Out at ABC’s ‘The Goldbergs’ After Investigation Into On-Set Behavior