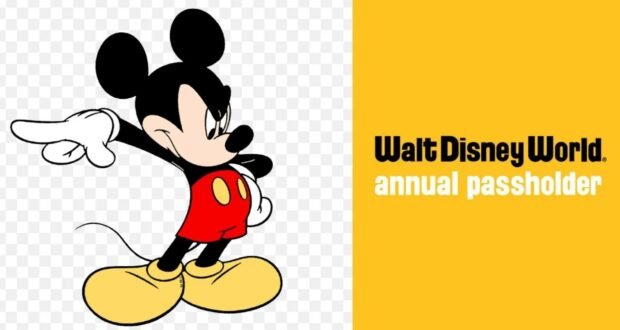 The Disney-verse is upside-down today; Guests air their frustrations via social media

The Disney kingdom of fandom feels a bit on its head, and if you’re feeling it too, you’re in good company.

Fans of all ages from all over are taking to social media to air their frustrations over changes at the House of Mouse (not that it’s an entirely new practice). Why? Well, according to many Disney fans, there’s a proverbial buffet of reasons to be frustrated with the mouse right now–or at least with those who handle his affairs.

The COVID-19 pandemic and the ensuing pandemonium have wrought havoc within almost every facet of daily life. Very few things have been left untouched in the initial waves of the pandemic, and now the Delta variant seems to want to play a game of “catch me if you can,” with no end in sight. Annual passes at both Disneyland and Walt Disney World were only some of the casualties. 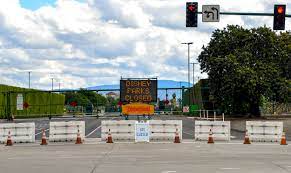 And while it’s true that both resorts’ pass programs needed some tweaking, the recent obnoxious overhaul has done a number on faithful fans’ wallets. It seems that both Disneyland’s Magic Key program and the new Pixie-Pirate-Sorcerer-Incredi-Pass program at Disney World have alienated some of the fan base, including non-Florida residents, who now have only ONE option out of the four passes offered, and it costs $1,299 plus tax.

Oh, and the new passes don’t include PhotoPass; you can tack that on for an additional $99, not to mention that FastPass is dead now, and you’ll have to pay per attraction if you want to get in the “Lightning Lane.”

Disney has definitely calculated that they want day tickets on the weekends and holidays, and APs on Tuesdays and Wednesdays. This new pricing, combined with the reservation system, seems to be trying to control when APs visit.

Frequent flyers to the parks are frustrated with the “doing away” of so many of their favorites. Twitter user @Schmoofy is not happy about the death of the “Epcot After 4” option, saying that Disney World cut off its nose despite its face.

Whoever in Disney corporate made the decision to kill the Epcot After 4 annual pass is an absolute dumbass. The boomer crowd from Winter Park and surrounding areas spends a SILLY amount of money on Epcot dining with the after 4 pass. Absolutely dumb to stop it

Other fans have decided it’s just not worth it, saying that the only pass they want is the “hard pass.” Some have chosen (or been financially forced to) say “Goodbye, Disney World.” And no matter what, that’s just sad.

Disneyland’s Magic Key annual pass program sounded ok right out of the gate, but continual problems almost make it feel like Disney is trying to punish its most loyal Guests. (Do you get any more loyal than an annual pass holder?)

Anybody else having issues with the @Disneyland app? My previously linked Magic Key isn’t shown on my account anymore on the app or the website…Not really sure how to fix it or if it’s a server issue.

I have a theory that annual passes and limited park reservations are a disaster waiting to happen, particularly during weekends, holidays, and summer season. For example, the next two weekends at #Disneyland are unavailable even if you picked the $1300 Magic Key.

The first and second weekends of Dream Magic Key at Disneyland we're already "blocked out" if you didn't decide to get a reservation ahead of time.

This system might be a hellscape in a few months.

A fine needle to thread with how much people pay, and how they expect to go.

And don’t forget that now Guests will have to pay extra for “attractions privilege.” You might remember it by its former name: FastPass which worked well and was FREE.

Even some Cast Members are angry, including this now former Cast Member who’s just had it with Disney.

I used to be a Disney vlogger and until last week, a CM.
I hate EVERYTHING Disney has done recently. From French speaking Ratatouille to Lightning Lane to the WDW AP 70% price increase. Complete crap.

It seems a lot of time and effort were put into cultivating new, flashy names for the passes, the programs, and the (so-called) perks, but the bottom line is that many fans feel that all of these changes will have them spending all their money and all their vacation time on their phones, accessing an app in the hopes of finding an “available time,” leading many to once again, say “No thanks, Disney.”

Why so frustrated, fans?

Take your pick, say many, who feel that if they haven’t already been cheated enough by COVID-19, Disney’s making up for it with its new changes, “perks,” passes, and “enhancements” that seem to have been created without a single Guest in mind.

What say you, fans?