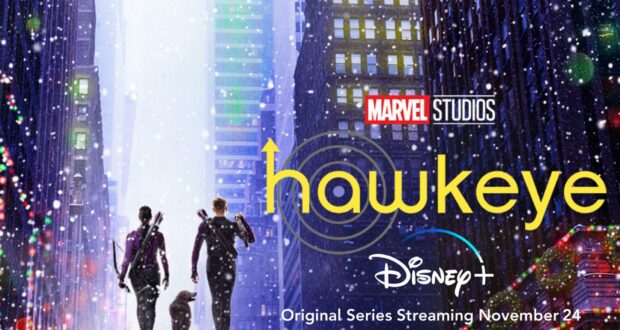 Turkey, stuffing, mashed potatoes, pies, and more… it doesn’t get much better than sitting down to fill your face with a delicious cooked meal with the family. Whatever your Thanksgiving weekend plans are, if you’re a Marvel fan, we’re pretty sure Marvel just made them even better. If you weren’t already looking forward to Thanksgiving break, Marvel Studios just dropped the official trailer for “Hawkeye”, an original series coming to Disney Plus.

RELATED: This is the way? Is The ‘Mandalorian’ to be canceled after Season 3?

While we’re always huge fans of all things Star Wars, including the Disney+ original series The Manadorlian that was one of the most-streamed Disney+ series, Marvel is dishing out some excellent competition! The WandaVision series and The Falcon & Winter Soldier series were extremely captivating and well done in our opinion. Even the Marvel film Black Widow was a Disney+ release – which later caused a lawsuit for Disney. Marvel isn’t stopping there. Now, Marvel superhero Hawkeye is getting in on the action with his very own Hawkeye series. Here’s a first look at the new series poster, followed by the official trailer:

RELATED: Emmy is the Goal for ‘The Mandalorian,’ ‘WandaVision,’ and ‘The Falcon and the Winter Solider’

As shared by Marvel Studios: “This holiday season, the best gifts come with a bow. Watch the new trailer for Marvel Studios’ “Hawkeye,” and start streaming the Original Series November 24 on Disney+” Check out the Hawkeye trailer below:

What do you think? Will you be streaming Marvel Studios’ Hawkeye to kick off your Thanksgiving break on November 24? Or maybe, wait to bring the family together and enjoy the series after your Thanksgiving dinner on November 25. Of course, if it’s good enough – you can always do both! And yes, it’s looking like it’s going to be a great addition to the Marvel original series available via Disney+.