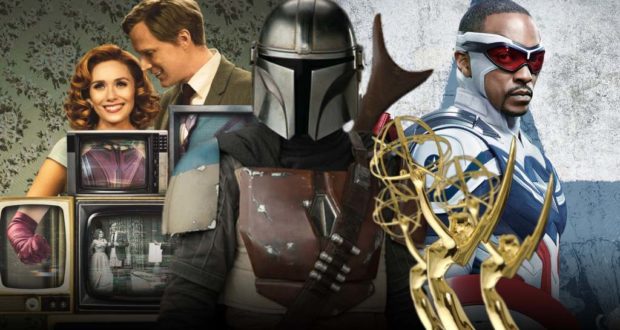 An Emmy is the Goal for ‘The Mandalorian,’ ‘WandaVision,’ and ‘The Falcon and the Winter Soldier’

The 73rd Primetime Emmy Awards is still months away, but The Walt Disney Company knowns that they need to start their push now in order to get their three biggest shows in the spotlight. The Mandalorian, WandaVision and The Falcon and the Winter Soldier will all be getting a little more love from the company in the upcoming months as they push an Emmy campaign for each.

When looking at The Mandalorian, Lucasfilm has released a For Your Consideration poster for the second season of The Mandalorian. They are campaigning series star Pedro Pascal for Lead Actor, while Giancarlo Esposito and Temuera Morrison are being pushed for Supporting Actor. In a move that could surprise some, former Star Wars actress Gina Carano is being considered for Supporting Actress.

All three of these series are now streaming on Disney+ so if you haven’t seen them yet, head there to get caught up and then see what you think when it comes to awarding an Emmy.

2021-05-10
Jennifer Retzlaff
Previous: Magic Kingdom Wait Times on Sunday, May 9th
Next: A Celebration of Festival of the Lion King Soft Opening