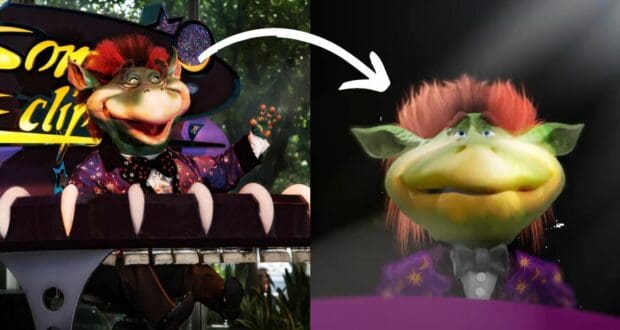 Food is most definitely required to fuel a day at Magic Kingdom Park in Walt Disney World Resort. While we highly recommend dining reservations at table-service restaurants such as Be Our Guest or Jungle Navigation Co. LTD Skipper Canteen, sometimes quick-service restaurants make for an easy meal on the go.

One of the largest and most popular quick-service options at Magic Kingdom is Cosmic Ray’s Starlight Café in the Tomorrowland portion of the Disney Park. Some love it, some hate it… but regardless, it is usually the easiest restaurant to access the average theme park meal.

RELATED: The Best Place to Get a Disney Burger That No One Talks About

Besides the average menu items of burgers, hot dogs, and chicken strips, there is a dose of entertainment not to be missed. That’s right… the iconic singing alien animatronic named Sonny Eclipse calls Cosmic Ray’s Starlight Cafe home.

RELATED: The Voice Behind Iconic Sonny Eclipse Has Died

There is just something about the stellar musical entertainment and space jokes of Sonny Eclipse that makes dining at Cosmic Ray’s all the better as he entertains young and old once inside the restaurant. But is Sonny worthy of his very own Disney movie? Several believe so!

@KevinTemmer took to social media to post a video, stating, “Okay, Disney. I animated a trailer. Now please make the movie.” Check out the trailer below:

@KevinTemmer goes on to end the trailer with who should be included in the film by adding the fake credits of “Donald Glover, Seth Rogan, Lizzo with Peter Davidson? And Tom Hanks with a German accent.”

While the trailer is well-made, we are even more impressed by the 8,000-plus likes on the post! Disney fans seem to love the idea with comments like, “I’m already standing in line for tickets.”

With the amount of live-action films and remakes Disney is pumping out; honestly, we wouldn’t be surprised to see Sonny Eclipse take to the big screen. One comment adds, “I know this is a joke. But I know in my heart it’s only a matter of time.”

Recently, it was revealed that Disney is working on a Figment movie for the iconic EPCOT purple dragon. Is Magic Kingdom’s Sonny Eclipse the star to follow? Only time will tell if this unique Disney experience makes it to the big screen.

2022-10-17
Jamie Sylvester
Previous: The Best Disney Lounge No One Talks About
Next: One Disney World Attraction Had a 6-HOUR WAIT Over the Weekend, and It’s Not Even a New Ride