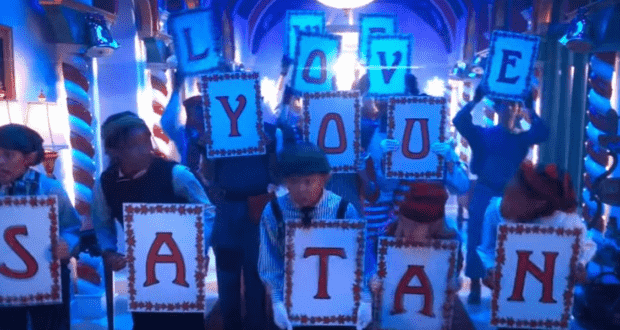 The new Tim Allen series The Santa Clauses has premiered on Disney+ and is a massive hit with audiences. The nostalgic feeling produced by a return to Scott Calvin’s North Pole just gets us right in the ’90s kid heart. It is nostalgic in all of the right ways. While there is much to love about the new show, fans, of course, have found something to be upset about.

There’s a scene where the elves are bidding Santa farewell. Each elf holds a letter, with the collective intending to spell the words, “We love you, Santa.” But, for comedic value, the elves get mixed up and briefly spell, “We love you, Satan.” Santa light-heartedly face-palms and says, “Spelling!” The elves realize their mistake and scramble to get in the correct order, delivering the “We love you, Santa” message they intended. It’s a joke. However, many have decided there’s nothing funny about it.

A viral post has circulated social media, providing that Disney has a Satanic agenda and that “they aren’t even trying to hide it anymore.” Tweets, YouTube videos, and Facebook posts all show the beginning of the joke but not the conclusion where it’s corrected. They have decried Disney as evil and “woke” over it and questioned why Disney wants children to be Satanic. 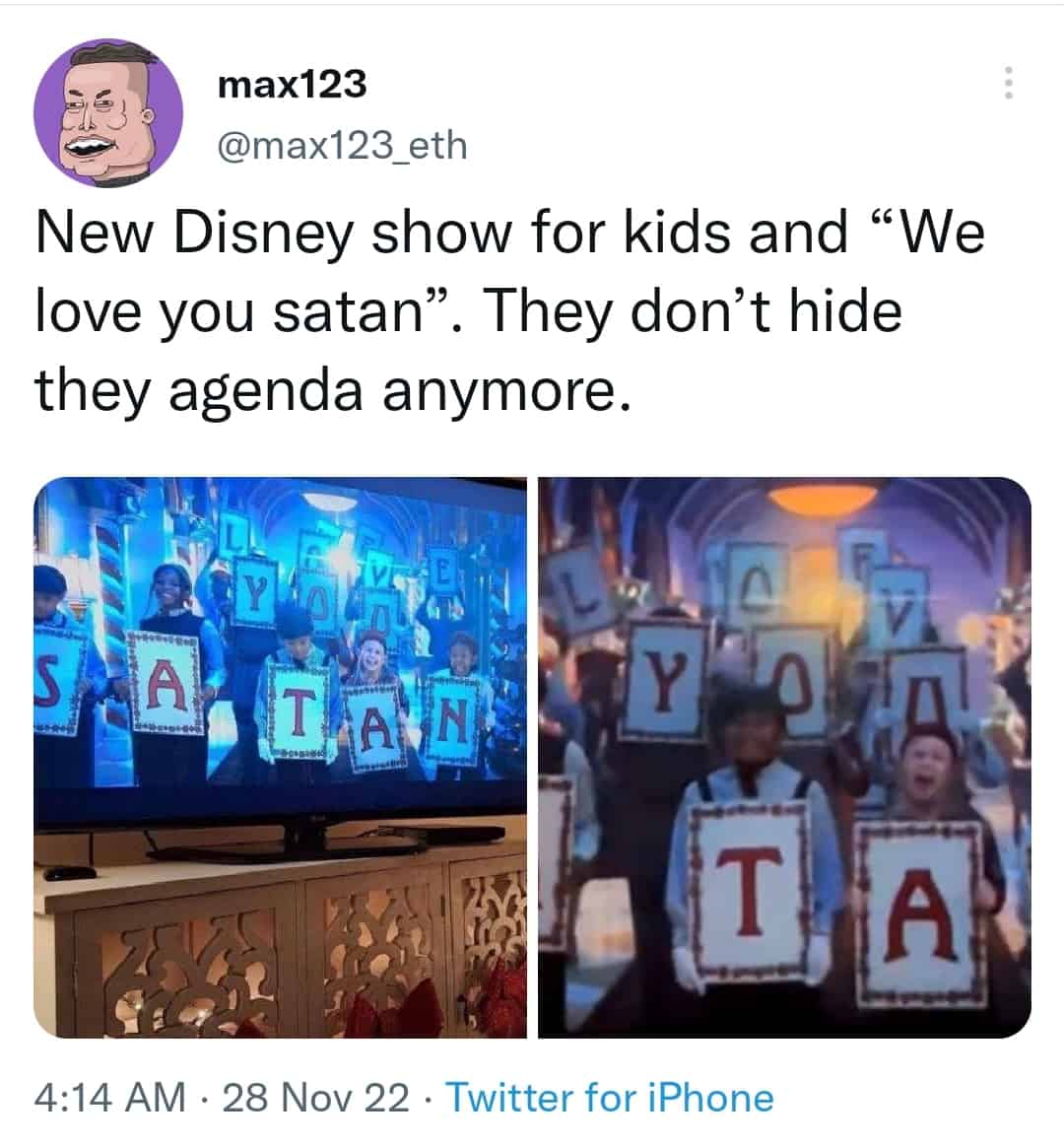 This snapshot, rather than the entire scene, has given many the impression that there is direct Satanic messaging in the Christmas show. There clearly is not. The problem is the clips floating around the internet are cleverly edited to hide the context.

Still yet, even when confronted with the entirety of the scene, many refuse to believe this is a a joke.

It's not a joke. They don't think it's a joke either.

Some even went full conspiracy theory by comparing the floors in the church with the Masonic Lofge (which has always been the source of gossip, rumor and conspiracy) , despite the fact that many traditional churches also sport checkered floor (i.e Westminster Abbey).

Checkered floor boards theme too — The Mosaic Pavement. Not an accident the message was presented here.

Of course, there’s the standard “Walt is rolling in his grave” comment:

And the traditional calls for boycot:

What? Disney must be stopped!!!

The backlash is surprising, considering the show has openly stated they intend to put Christian themes in the story. In fact, Tim Allen stated that was his one stipulation for coming back to do the series. Christian media organizations have even published that the claims of Satanism in the show are unfounded.

The Santa Clauses is currently available on Disney+. The series premiered its first two episodes on November 16, 2022, and subsequent episodes have been released every Wednesday. With only two more episodes to go on the short 6 episode series, now is the perfect time to get caught up for the finale. Billed as a “limited series,” it’s unlikely there will be a season 2, but this show will undoubtedly become a staple for Christmas viewing for years to come.

2022-12-03
Jill Bivins
Previous: Bob Iger to Make Big Reversal In Chapek-Era Changes
Next: Could This Magic Kingdom Attraction Open In Time For Christmas?