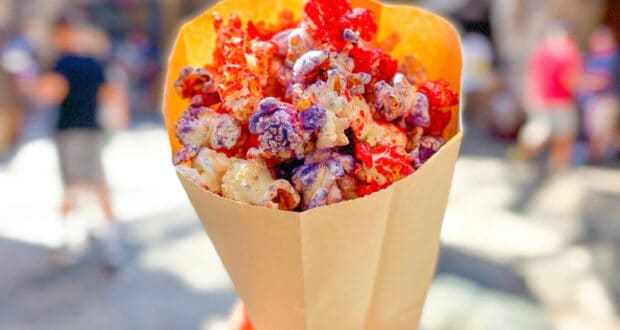 Disney’s Hollywood Studios is home to a wide variety of Disney dining options where Guests can indulge in everything from authentic Italian and contemporary American cuisines to otherworldly eats and lunch box favorites. With so many options to choose from, Guests might not know where to start of what to try, but there is a great way to enjoy as many delicious bites as possible.

RELATED: 50 Snacks You MUST Try in Walt Disney World if You’re a True Disney Fan 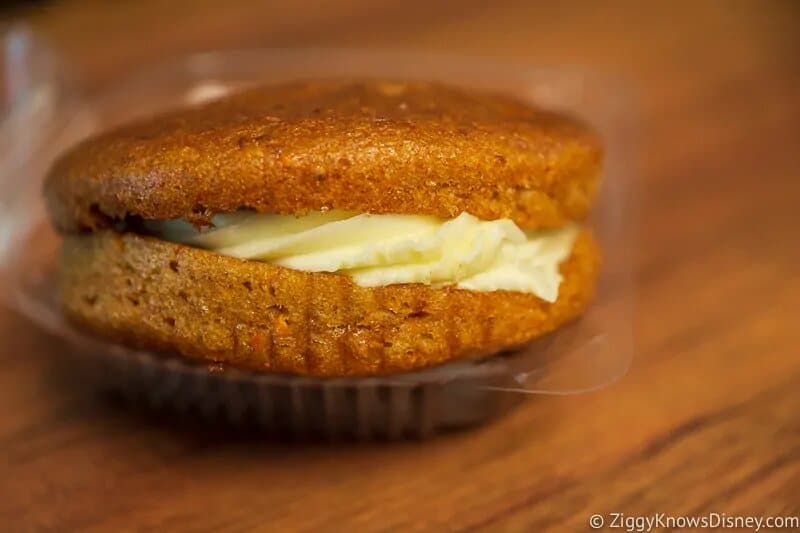 The Trolley Car Café on Hollywood Boulevard in Disney’s Hollywood Studios is the main Starbucks location in the Disney Park, and Guests can stop by throughout each day to get their caffeine fix as well as indulge in a delicious snack. The Carrot Cake Cookie features two moist cookies with the flavors of carrot cake sandwiched together by smooth cream cheese frosting. 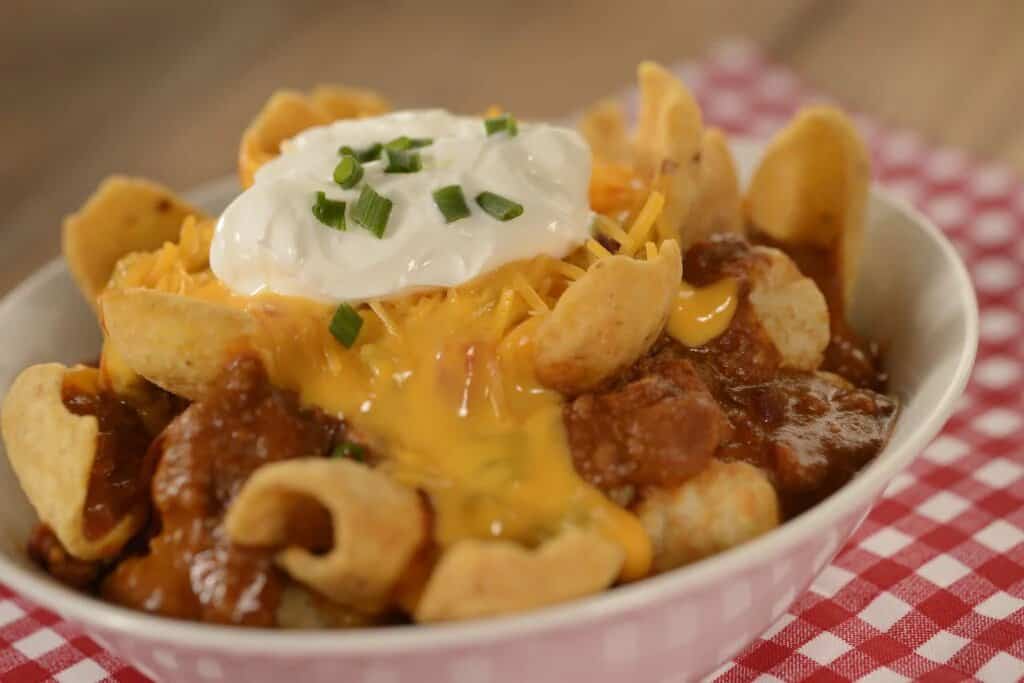 Woody’s Lunch Box is a very popular quick service location in Toy Story Land where Guests can order up some childhood favorites that have been elevated to new levels of deliciousness. The “Totchos” are a hearty and savory bite that tops potato barrels with a beef and bean chili, shredded cheese, queso, tomatoes, corn chips, sour cream, and green onions. 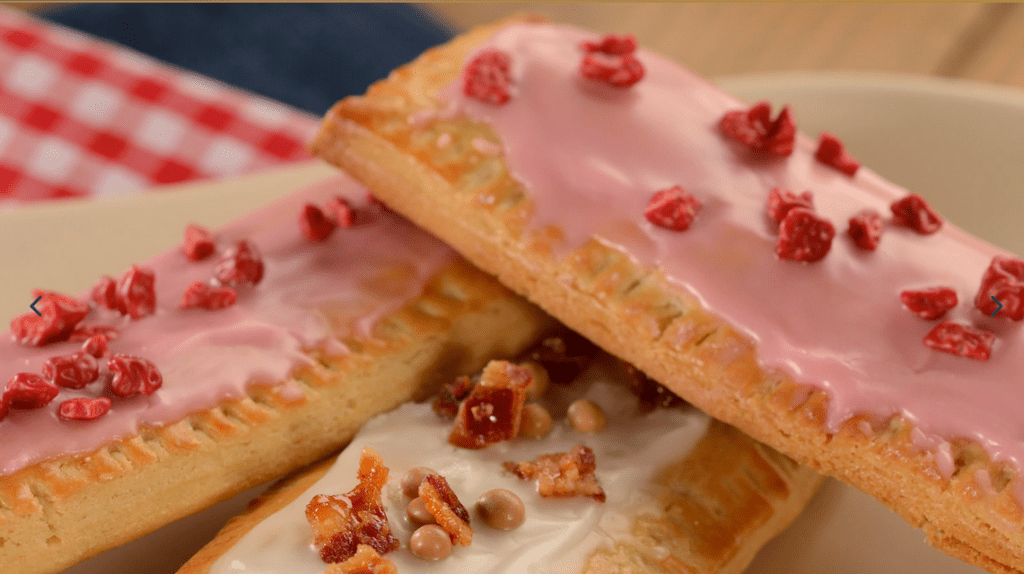 Also found at Woody’s Lunch Box are Lunch Box Tarts, which are elevated versions of classic Pop-Tarts. Guests can choose between flavors including Banana-Peanut Butter Fudge, Chocolate-Hazelnut, Lemon-Blueberry, and Raspberry, or go all out and try multiple options! 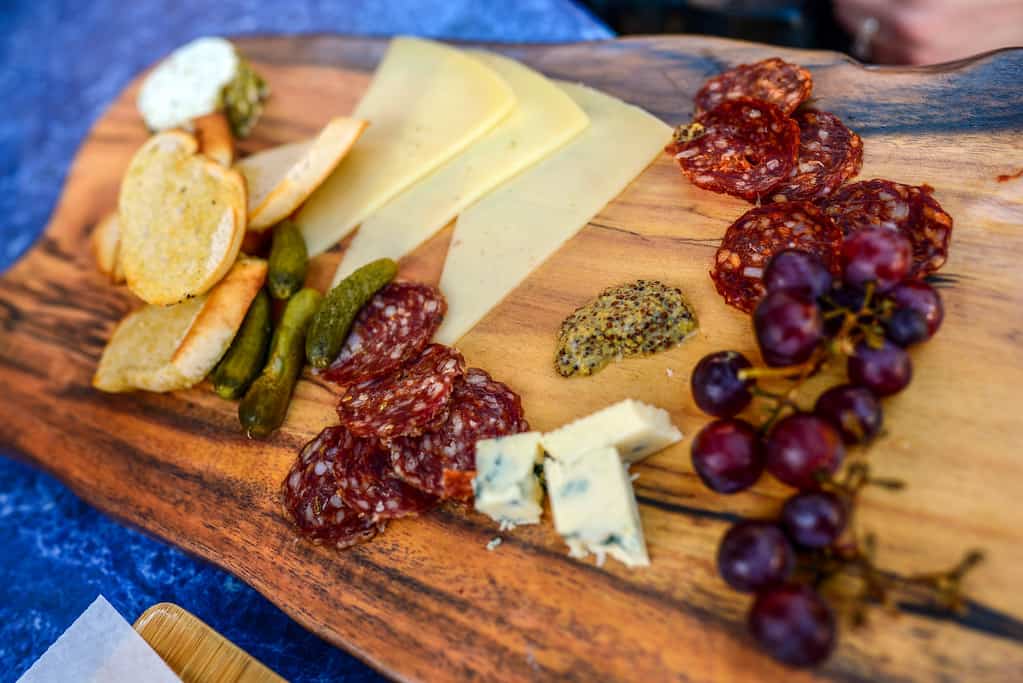 One of the best spots in Disney’s Hollywood Studios to sit back and relax for a bit is BaseLine Tap House in the Grand Avenue area of the Park. The quick-service location serves up an array of California beers and wines on tap as well as the California Cheese and Charcuterie Plate which features an assortment of fresh cheese and meat options paired with cornichons, grapes, and toasted baguettes. 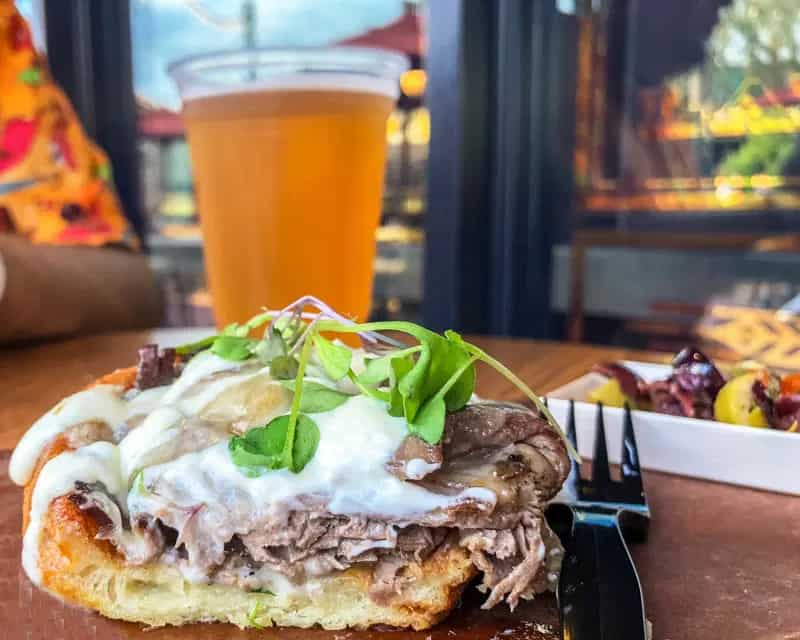 Guests also have to try a second savory Disney snack from BaseLine Tap House that features decadent flavors, best enjoyed on the outdoor patio while taking in the atmosphere of the area. The Coffee-rubbed Rib-Eye Beef Puff stuffs a delicate pastry shell with flavorful beef and pairs it with a salty and delicious olive salad for the perfect hearty and satisfying bite.

RELATED: Worth the Splurge? The Most Expensive Snacks in Walt Disney World 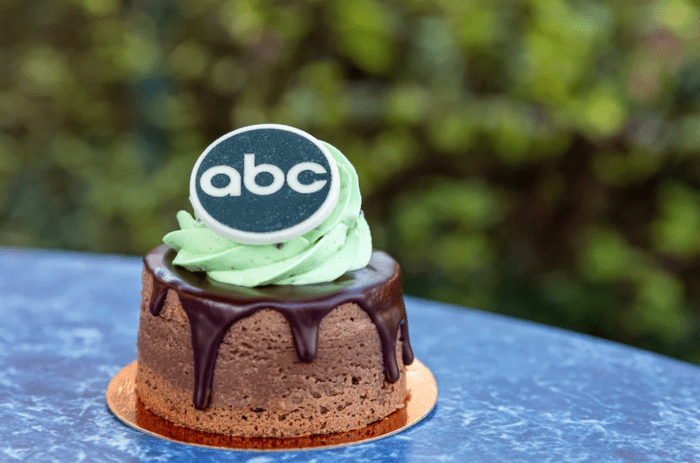 A sweet and unique take on traditional cheesecake can be found over at the ABC Commissary, a quick-service location open for lunch and dinner that serves up flavorful cuisine from around the country. The Mint-Chocolate Chip Cheesecake features a chocolate cheesecake base topped with dark chocolate ganache and smooth and refreshing whipped mint-chocolate chip cream.

RELATED: Savor Every Bite with These Indulgent Cheesecake Desserts at Walt Disney World 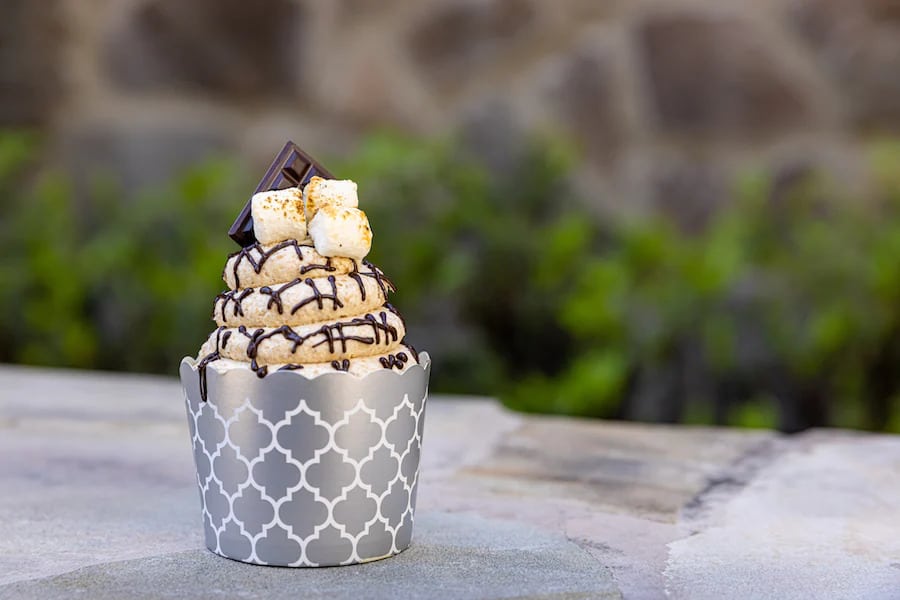 Nothing is as satisfying as a traditional s’more, and the combination of chocolate, marshmallow, and graham cracker is given a unique twist at Rosie’s All-American Café on Sunset Boulevard in Disney’s Hollywood Studios. The S’more Cupcake fills a chocolate cupcake with fudge and tops it with graham cracker buttercream, toasted marshmallows, and a mini chocolate bar for a bite that almost looks too good to eat! 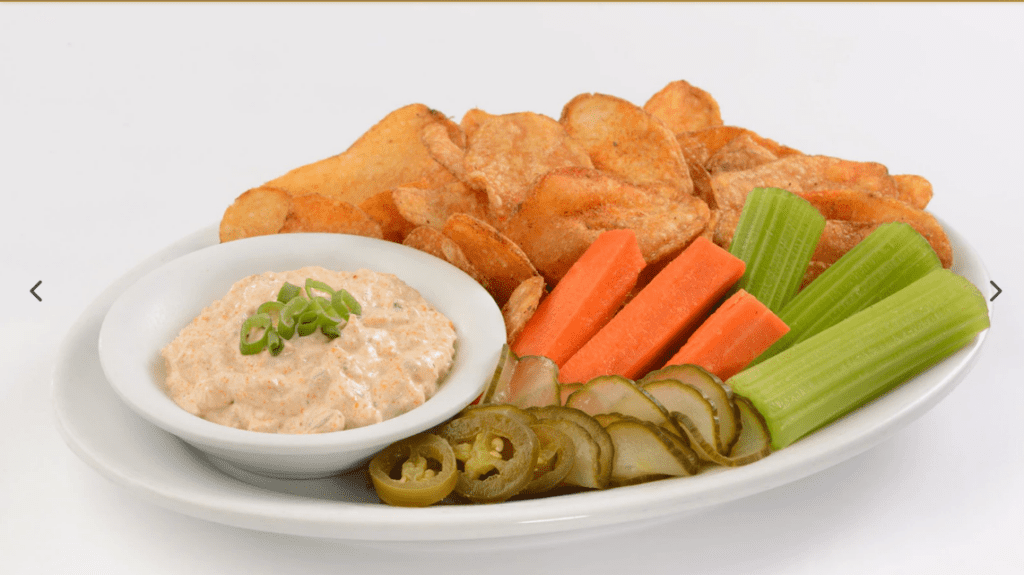 The Dockside Diner is a quick-service location on the shores of Echo Lake where Guests can enjoy a limited menu of savory favorites, including a great Disney snack option. The Smoked Fish Dip is creamy and savory and paired with seasoned house-made chips, celery, carrots, jalapeños, and pickles for dipping. 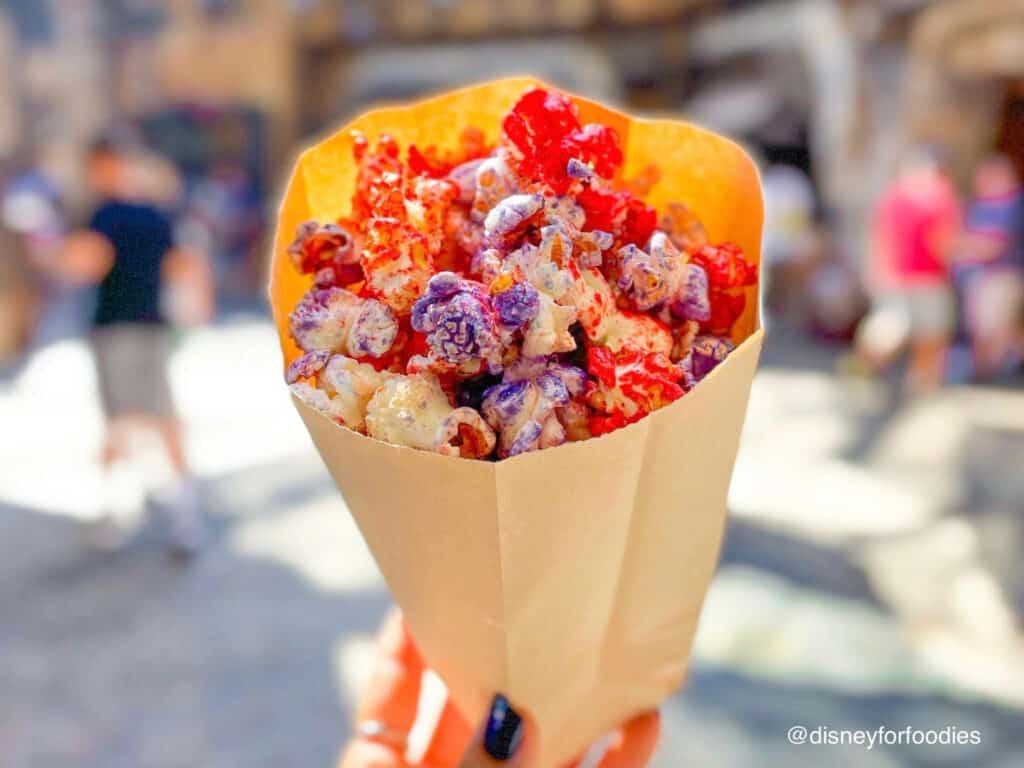 Guests can enjoy popcorn virtually everywhere throughout the Walt Disney World Resort, but a unique and flavorful option can be found in the heart of Star Wars: Galaxy’s Edge. The Outpost Popcorn Mix at Kat Saka’s Kettle is a blend of sweet and spicy seasonings generously coating hot and fresh popcorn that cannot be missed! 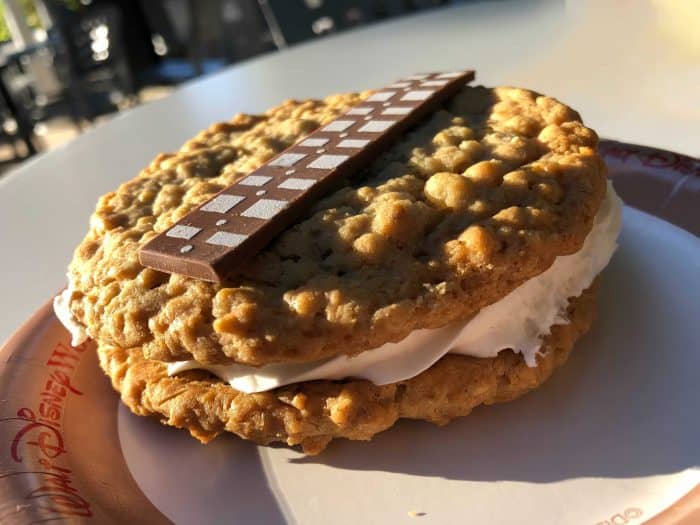 Everyone’s favorite Wookie from the Star Wars films is honored with his own dessert over at Backlot Express, a quick-service location located steps away from Star Tours – The Adventures Continue in the Grand Avenue area. The Wookie Cookie sandwiches vanilla cream between two fresh oatmeal cookies and garnishes it with a chocolate sash, just like Chewie’s trusty accessory. 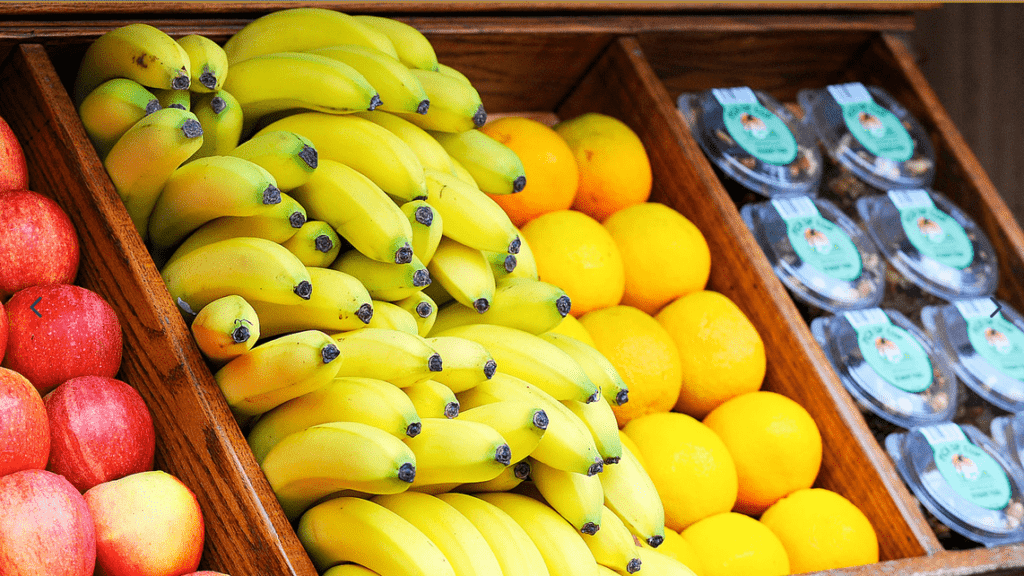 To take a break from the sweet and savory snacks found throughout Disney’s Hollywood Studios, Guests should take a stroll down Sunset Boulevard to a quick-service location that features an array of fresh fruit. Anaheim Produce features several displays of fresh fruit for Guests to choose from including apples, bananas, oranges, grapes, and more. 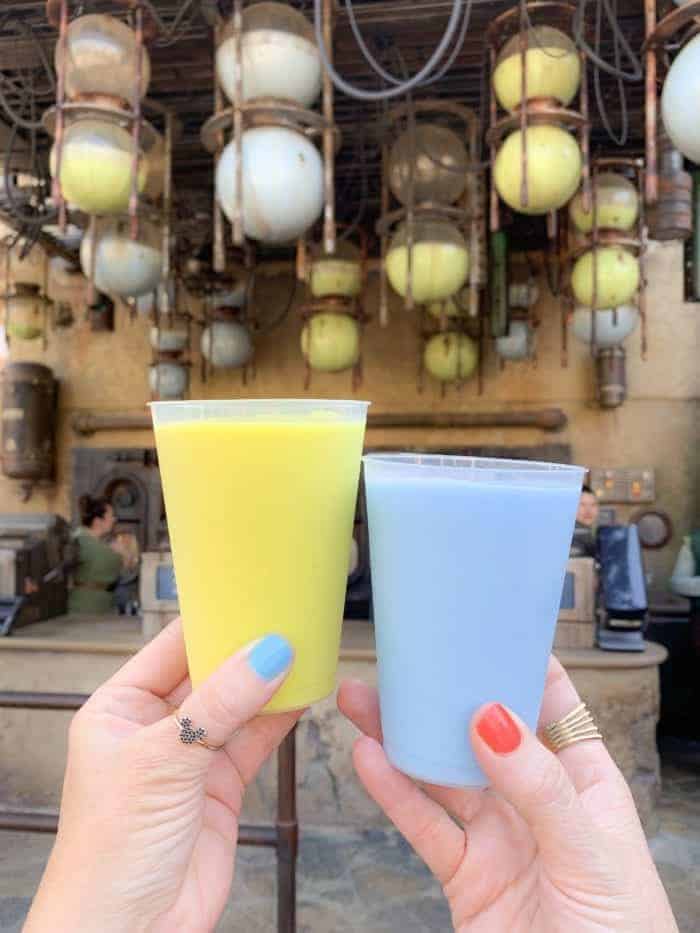 A great beverage snack option can also be found in Star Wars: Galaxy’s Edge, where Guests can sip on unique frozen options seen in the popular films. Both options feature a plant-based (vegan) mix of coconut and rice milk, with the Blue Milk featuring fruity undertones and the Green Milk highlighting citrus and tropical flavor profiles.

RELATED: The Ultimate List of Drinks You Have to Try in Walt Disney World 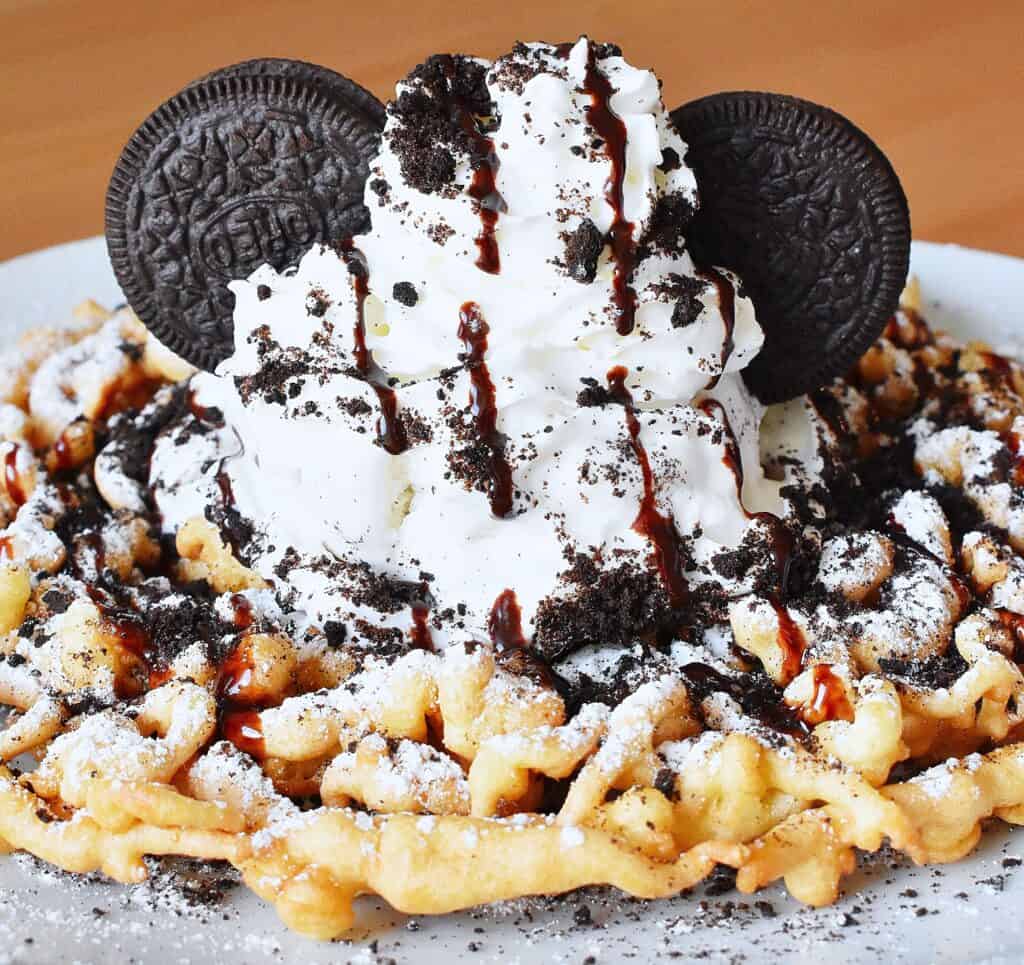 A totally indulgent take on traditional funnel cake can be found at Epic Eats, a quick service location in the Echo Lake area of Disney’s Hollywood Studios, steps away from the Indiana Jones Epic Stunt Spectacular! The Funnel Cake with Cookies ‘n Cream and Soft-Serve Vanilla Ice Cream tops a piping hot and crispy funnel cake with traditional vanilla ice cream, Oreo cookies, and heaps of whipped cream and chocolate syrup for a sugary and over the top snack that can definitely be shared amongst Guests. 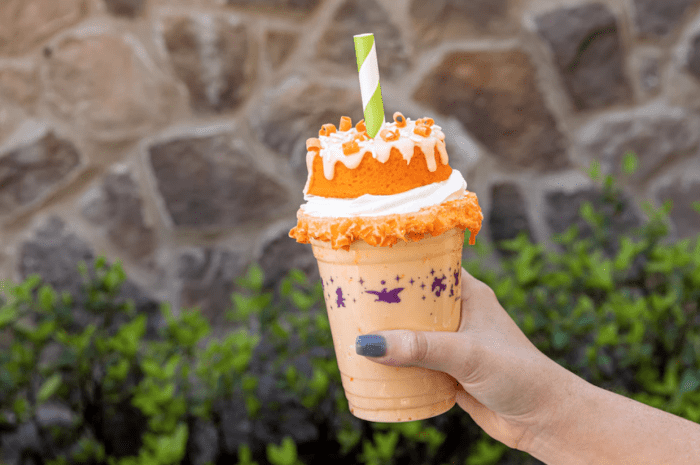 Hollywood Scoops on Sunset Boulevard typically serves up traditional ice cream and sundae options, as well as a delicious shake that features citrus flavors and a special treat on top. The Orange Blossom Shake blends orange and vanilla soft serve with orange-white chocolate swirls and tops it all with an orange doughnut for an added layer of deliciousness! 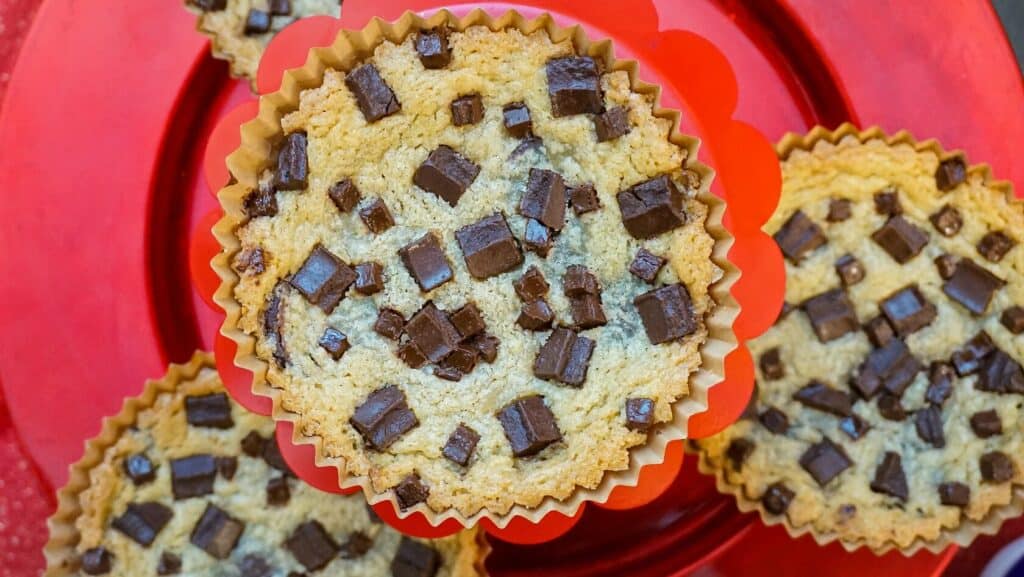 The final snack that Guests can’t miss out on in Disney’s Hollywood Studios can be found just across from the main entrance into Toy Story Land. The Market is a standalone quick service location that serves up Jack-Jack’s Num Num Cookie, which was inspired by the character from The Incredibles and features a crispy exterior, gooey interior, and massive chunks of chocolate throughout!