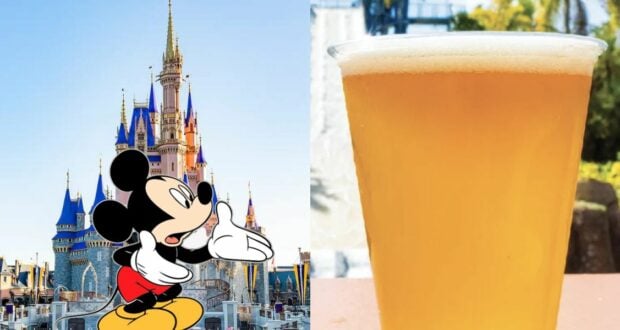 CEO Bob Iger is back, changes are on the way, and we finally have an opening date for the long-awaited TRON Lightcycle / Run roller coaster at Magic Kingdom. It’s a glorious time to be a Disney fan! But… when one of Disney’s neighboring competitors promotes FREE beer… well, we can’t help but listen in.

Walt Disney World Resort is bustling with crowds as Park Guests hurry off to enjoy experiences such as riding Splash Mountain at Magic Kingdom one last time before it closes forever, as well as fresh beginnings such as the start of the 2023 EPCOT International Festival of the Arts.

But, as The Walt Disney Company works to sort through its recent turmoil after the removal of former CEO Bob Chapek, we’re seeing Disney’s competitors come in STRONG.

The fight to be Orlando’s week-long theme park destination is on. Universal Orlando Resort is currently building a massive new theme park called “Epic Universe,” which Universal has already said will be a driving factor in winning over week-long Guests that may currently visit Walt Disney World.

Additionally, SeaWorld Orlando isn’t hiding in the shadows. A recent report showed Walt Disney World Resort getting booted from the top 10 theme parks in the United States in 2022. Guess who took the number one spot? That’s right… SeaWorld Orlando.

With heavy theme park contenders in the Central Florida area, SeaWorld Orlando isn’t backing down from attempting to draw in the crowds in 2023… and free beer is their next move!

@AshleyLCarter1 took to social media to report, “Free beer is back at SeaWorld Orlando. From Jan. 14-31, visitors 21 and older can get a complimentary 7-ounce beer at Waterway Grill Bar from 11 a.m. until one hour before park close.”

Located inside Waterway Grill, it sounds like the Waterway Bar will be a popular spot for SeaWorld adults! SeaWorld’s full-service Waterway Bar description includes, “Set aside your river raft and quench your thirst with a selection of ice-cold craft beers and other refreshing beverages. This indoor bar is the perfect escape and located inside of Waterway Grill.”

Is free beer enough to entice Guests to visit SeaWorld? Chances are, YES.

Of course, Guests visiting Walt Disney World will find no shortage of craft beer, particularly throughout EPCOT’s World Showcase, Disney’s Hollywood Studios lounges such as BaseLine Tap House, and Disney Springs locations such as City Works Eatery & Pour House. But, alas, it’s definitely NOT free at these locations like it is currently at SeaWorld. Happy sipping, theme park fans!

2023-01-13
Jamie Sylvester
Previous: Figment Takes Over EPCOT’s Iconic Spaceship Earth
Next: You Can Blame Imagineers for the Inexplicably Long Lines at This Guest-Favorite Disney World Ride