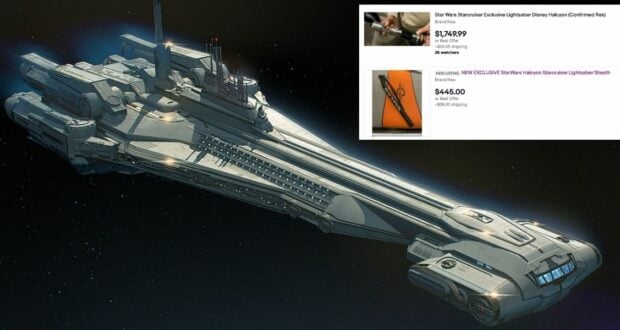 The time has finally come and the Star Wars Galactic Starcruiser hotel at Walt Disney World is open to Guests. The Galactic Starcruiser experience will last two days and feature a number of exciting things. The stay on the ship — called The Halcyon — will be completely immersive and Guests will only leave the ship to visit Disney’s Hollywood Studios, where Star Wars: Galaxy’s Edge is located. Disney is advertising it as an ultimate Disney/Star Wars experience — complete with an ultimate price tag. 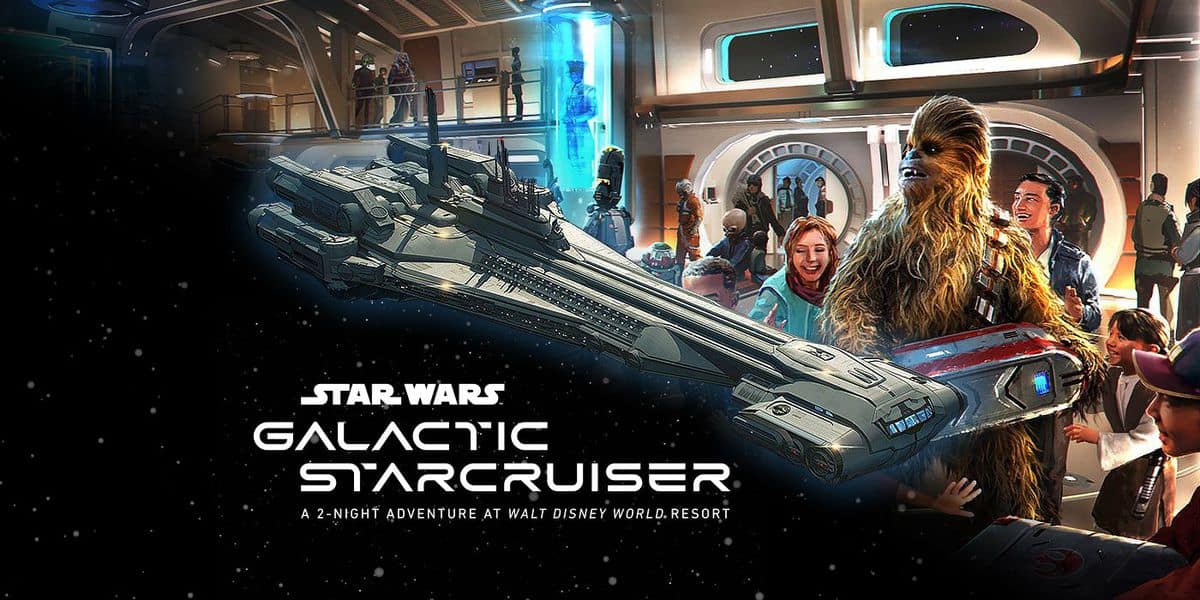 The cheapest stay on the Halcyon — which is 2 nights for 2 Guests in the basic room — is $4,800. Prices only go up from there. That means that there will be a number of Star Wars fans who will not be able to experience the hotel. However, they may still want to be able to purchase their own little piece of the Starcruiser. That’s where the resellers come in — ready to take full advantage. Here are just some of the pieces of merchandise we found for sale. 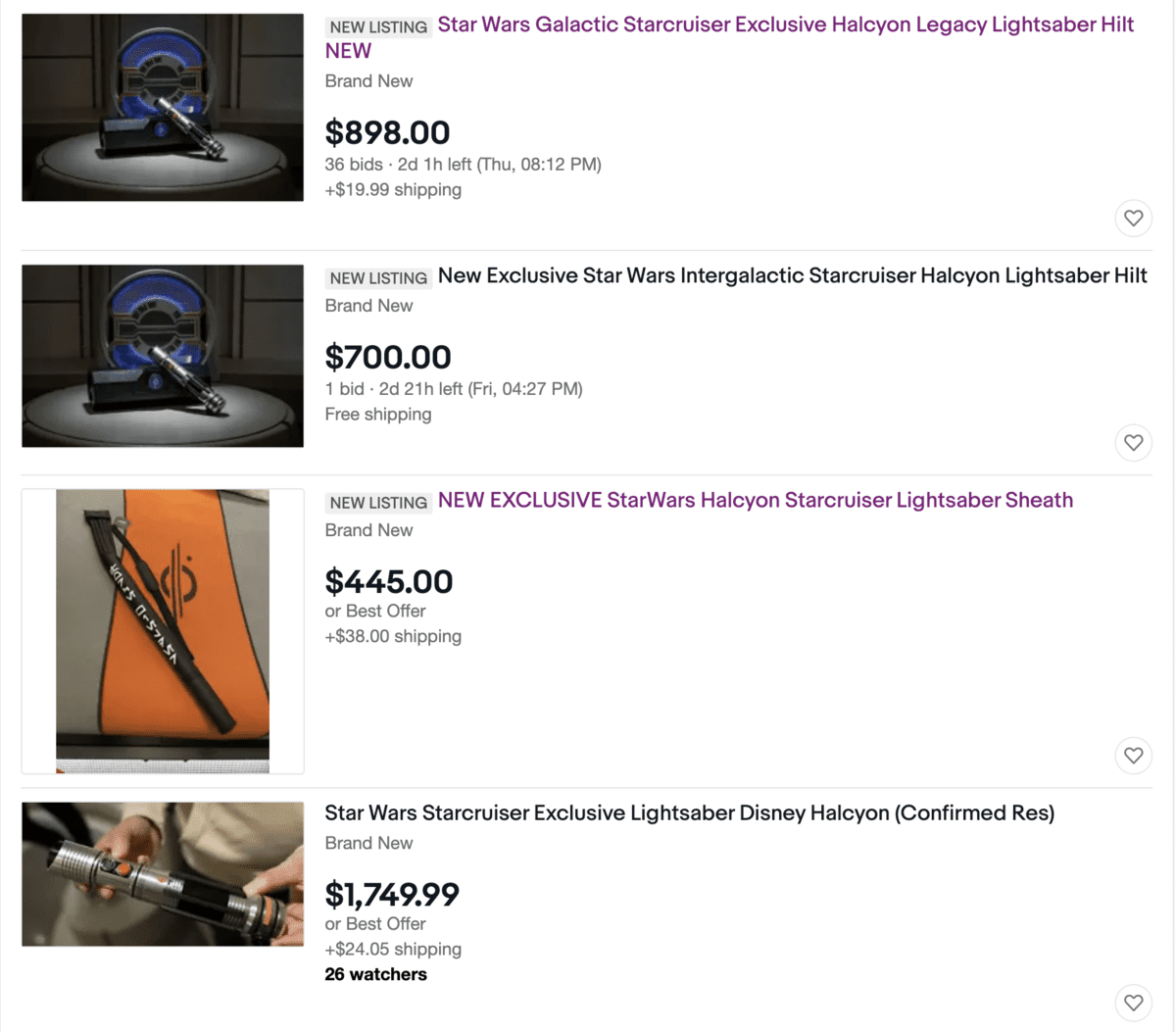 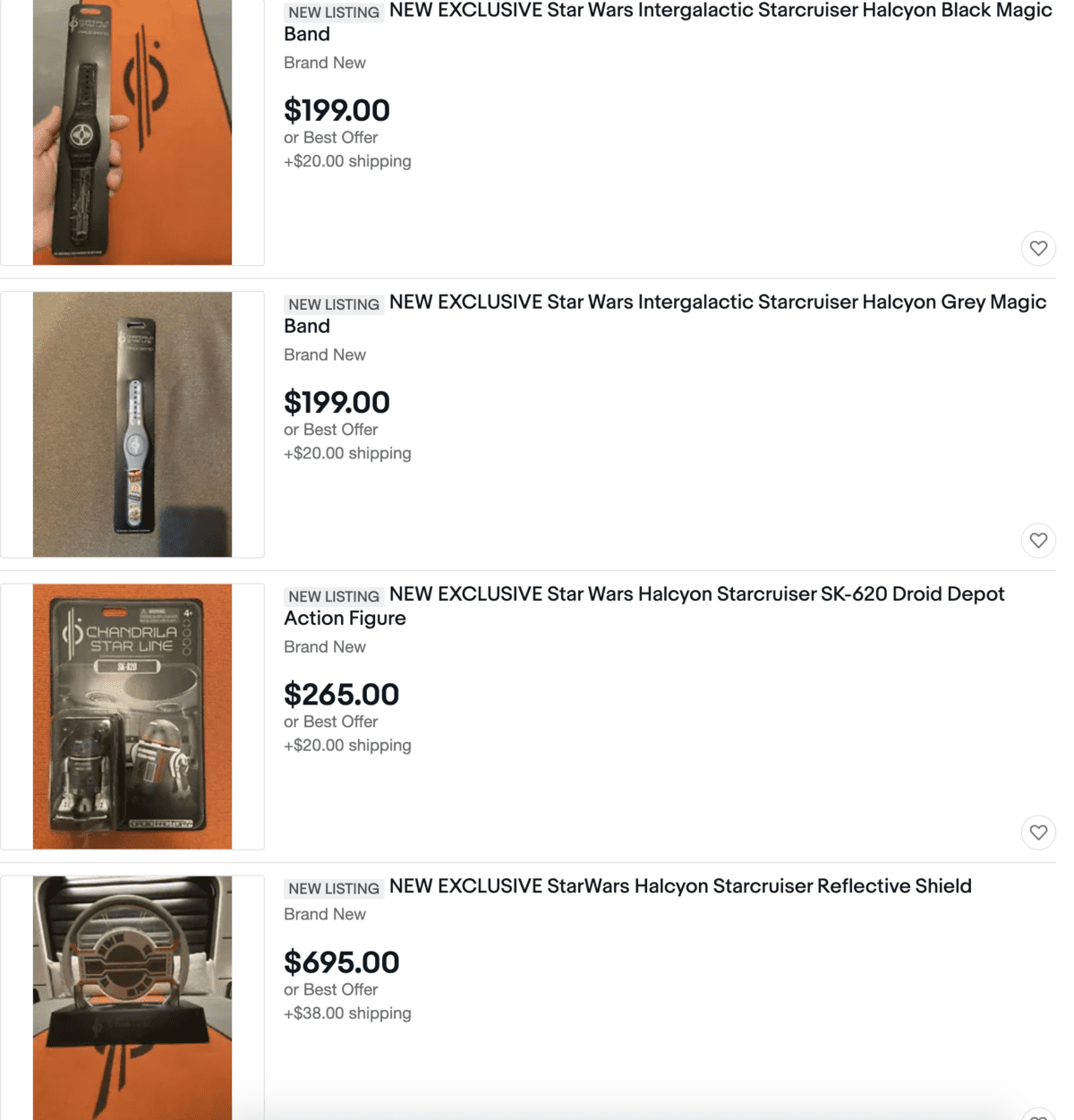 Resellers are becoming quite a problem when it comes to popular Disney merchandise. At this year’s EPCOT International Festival of the Arts, a new Figment popcorn bucket was being sold for $25. However, resellers scooped up a number of the buckets and quickly listed them online for prices upwards of $200.

The same thing will also happen at things like exclusive parties. Oogie Boogie Bash premiered at Disney California Adventure Park in 2009 with exclusive spirit jerseys. The jerseys were sold out in a matter of hours, and Guests who had paid for later parties were not able to purchase them. Disney has tried to crack down on resellers by putting purchasing limits on some items, but those determined to take advantage will always work to find a way. 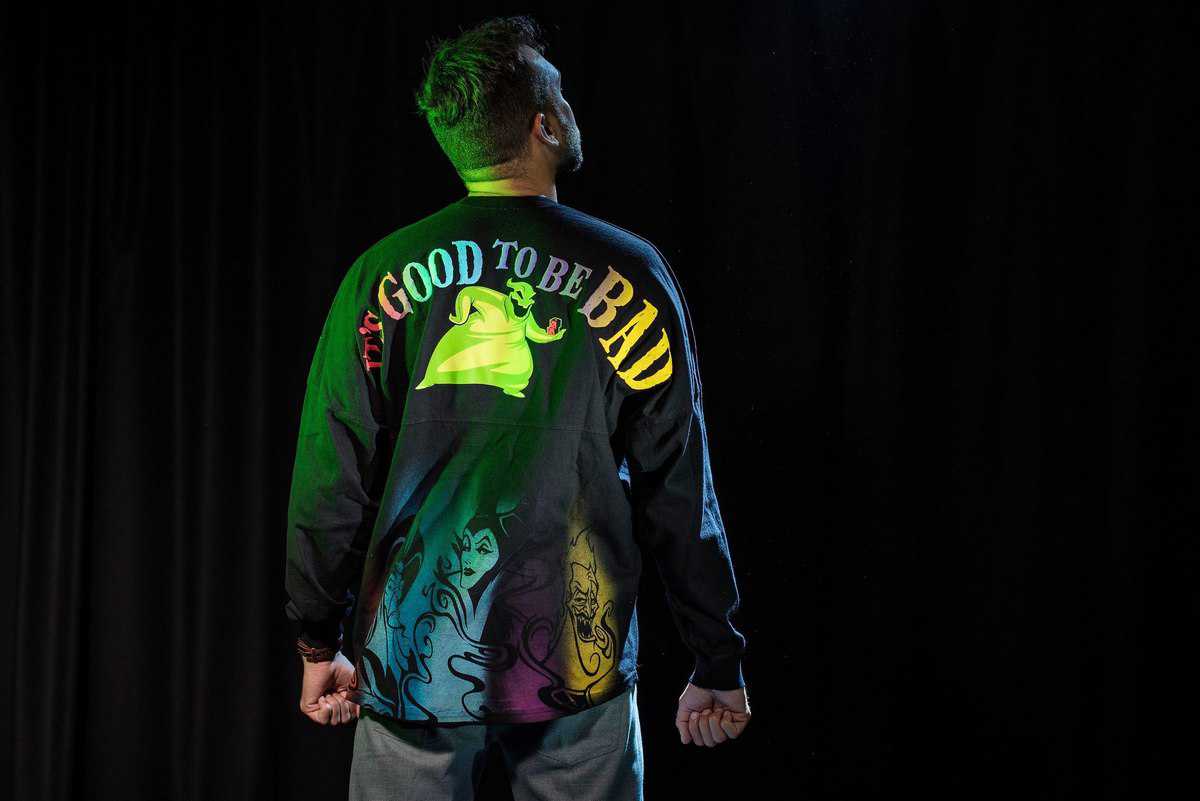 It is important to note that Disney also reserves the right to revoke a Guests Annual Pass or Magic Key if they purchased an item with their Pass and then sell the item online for a higher price. Disney has done that in the past and keeps an eye on those selling online.