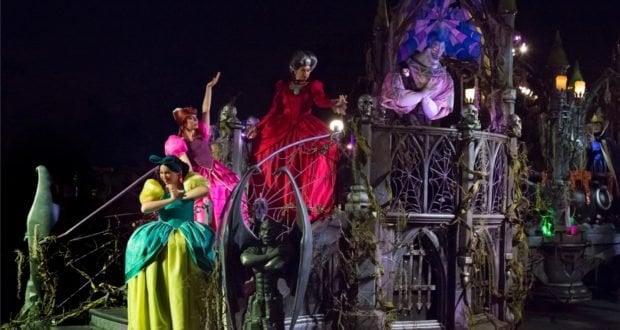 It may still be August, but Halloween is in full swing at Walt Disney World! With all the frightful fun surrounding Disney After Hours Boo Bash, we can’t help but shift our focus to all the Halloween-themed food Disney is offering at this most ‘spooktacular’ time of the year. While we’re thrilled to see the return of a Halloween-themed party here at Disney World, there are a few things missing. There are no nighttime spectaculars, fireworks, full parades, or stage shows associated with Disney After Hours Boo Bash like there was with Mickey’s Not-So-Scary Halloween Party. Without those extra doses of magic, we are no longer seeing the need for the extra add-ons that used to be available for the special ticketed event, such as the former dining package called “Cruella’s Halloween Hide-A-Way Party” at Tony’s Town Square Restaurant, or the former “Disney’s Not So Spooky Spectacular Dessert Party” at Tomorrowland Terrace.

While Walt Disney World’s After Hours Boo Bash does offer character cavalcades that creep through the parade route throughout Boo Bash at Magic Kingdom, Disneyland’s version of a Halloween party, “Oogie Boogie Bash” does offer a “Frightfully Fun Parade” this year. It’s an actual parade – not just a sole cavalcade here and there. This means unlike the lack of need for a viewing area to catch one of the small Boo Bash cavalcades, it is helpful to have a special viewing area for Oogie Boogie Bash’s Frightfully Fun Parade if you’re willing to purchase the add-on.

We’re not going to lie. We miss parades dearly at Walt Disney World and are ready for them to make their return! We are also eager to see Dessert Parties and any form of Dining Packages return on the east coast. We’ll keep our fingers crossed that maybe by the time the Christmas holidays roll around we’ll be seeing more options available at Disney World. In the meantime, we’ll have to head to Disneyland to enjoy the parade and specialty dining package, and dessert party!

2021-08-11
Jamie Sylvester
Previous: Halloween Has Arrived at the Magic Kingdom!
Next: Why Free Guy Won’t Be On Disney+