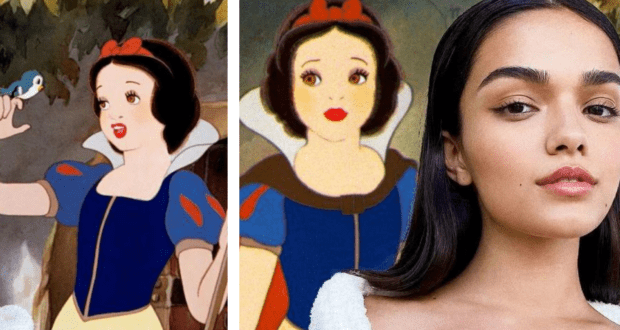 Disney’s remake of Snow White and the Seven Dwarfs isn’t slated to premiere until sometime in 2023, but production is well underway, and photos of the film’s star in costume for the role of the princess who’s the “fairest of them all.”

Photos posted online give fans a first look at actress Rachel Zegler in costume for her role of Snow White in Disney’s upcoming remake of the 1937 classic.

First look at Rachel Zegler on the set of SNOW WHITE! pic.twitter.com/9TjtK0mvhK

Photos tweeted by More Butter TV on Friday show Rachel Zegler in a dress that features a yellow-gold skirt, blue bodice with red lining underneath and a raised white collar. The combination of blue, red, and yellow, as well as the inclusion of puffy sleeves show a “faithful adaptation of the cherished costume” according to ScreenRant.

But the photos also show Zegler wearing boots similar to UGG lined booties, and we’re thinking that’s probably not part of the actual costume for the film. (At least we hope not.)

RELATED: No Dwarfs in “Snow White” remake; actors outraged over “lost roles” in the film

Rachel Zegler recently led the cast in Steven Spielberg’s West Side Story. After it was announced that Zegler, a Latina, had been cast in the role of Snow White, many fans were thrilled, but some took issue with Disney’s casting decision–even going so far as to ponder online whether Zegler would “bleach her skin” for the upcoming role.

Reportedly, Zegler endured these types of comments, responses, and questions in silence until she finally decided to speak out and address them. 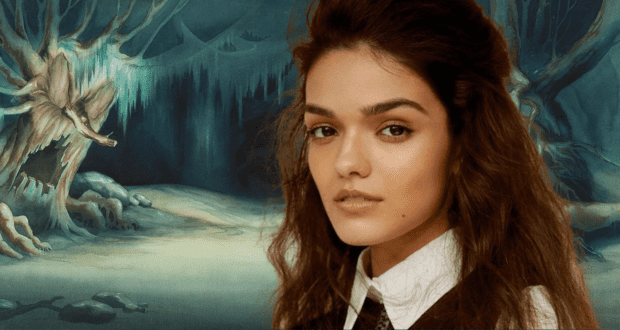 “Never in a million years did I imagine that [playing Snow White] would be a possibility for me,” Zegler said in a recent interview on Variety‘s Actors on Actors series. “You don’t normally see Snow Whites that are of Latin descent, even though Snow White is really a big deal in Spanish-speaking countries. You don’t particularly see people who look like me playing roles like that.”

The live-action film adaptation of Disney’s 1937 classic, which was the first-ever full-length animated feature to be made, is directed by The Amazing Spider-Man‘s Marc Webb. The film stars Rachel Zegler, Andrew Burnap, and Gal Gadot. Gadot will play the role of the Evil Queen.

Andrew Burnap will play the role of a completely new male character created for the live-action film, as opposed to playing the role of the Prince, which also did not sit well with some fans.

Disney’s new take on Snow White and the Seven Dwarfs sometime in 2023.