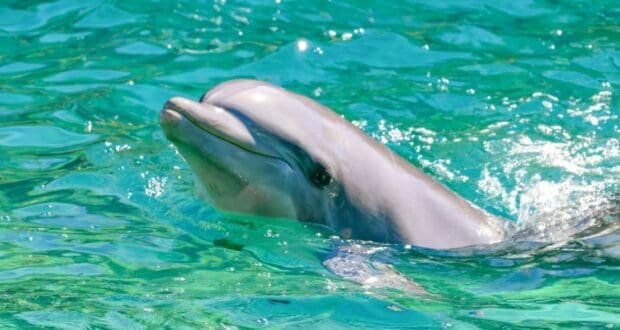 The video was first shared when @the.man.child took to social media on November 4, 2022. The video captures a dolphin pod attacking another dolphin while Park Guests watch.

He shares the video, along with the note, “A dolphin pod at SeaWorld Orlando today repeatedly attacked one of the dolphins in the pod, while the trainers were trying to do the show, causing the dolphin to start bleeding.” See the hard-to-watch video below:

Now, the statement below has been released by PETA (People for the Ethical Treatment of Animals) Executive Vice President Tracy Reiman in response to the viral video of the bottlenose dolphin attack at SeaWorld Orlando:

“It never should have happened again, and how many more times must the dysfunction, cruelty, and profound animal suffering at SeaWorld be exposed? Left alone in their ocean homes, dolphins maintain dynamic relationships with large social networks, choose their own mates, and swim freely, but SeaWorld crams approximately 140 of these highly intelligent marine mammals into just seven small tanks and then expresses surprise when they lash out, again and again.”

“PETA is calling on this hideous abusement park to end its exploitation of dolphins by sending them to seaside sanctuaries, where they would never be used in tawdry shows and no one else would get hurt.”

RELATED: Underdog No More! In the Theme Park Wars, Universal Has Come to Win

According to PETA, this is not the only recent animal attack at a SeaWorld Park. Apparently, this past summer, PETA also received footage from a Guest at SeaWorld San Diego showing an orca attack.

UPDATE: SeaWorld Orlando has provided the following statement in response to the incident:

“This video shows common behavior among dolphins exhibited by both wild populations and those in human care as part of natural social interactions.  During this interaction, one dolphin sustained some minor abrasions. The dolphin was examined by our veterinarian who determined the abrasions were superficial and did not require additional medical treatment.”

“The dolphin re-joined his pod without further incident and the group is behaving normally and eating well.  All of the dolphins in this video remain in good health. Numerous scientific studies have been published about this type of behaviour among dolphins demonstrating that it is normal and socially healthy.”

As always, we will keep readers updated as we learn more about the occurrence.