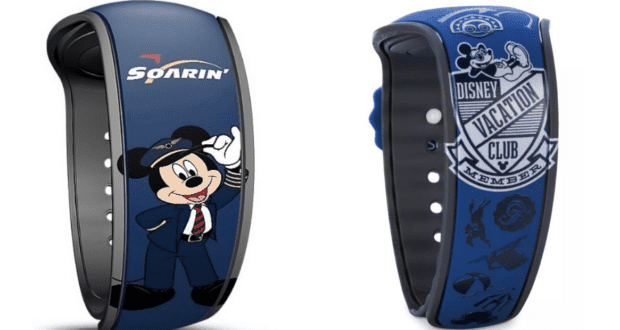 Disney recently debuted two new magic band options exclusive for Guests that are Annual Passholders or are staying at an on-property Disney Resort.

It has been known for quite some time now, that magic bands no longer come as a free perk when staying at a Walt Disney World Resort or as an Annual Passholder. Fortunately, Disney has allowed certain Guests to pre-order upcoming magic bands at a discounted price, which is what we are seeing here with the two new designs. The magic bands can be found on the Shop Disney website. 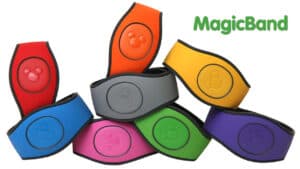 The two magic bands can be ordered by Guests meeting either of the two descriptions above for special pre-arrival discounted rates. One design is based on the Soarin attraction at EPCOT, and the other design is in honor of the Disney Vacation Club. Both magic bands come in a very nice shade of navy blue.

The Soarin magic band can be purchased by Annual Passholders and Resort Guests for $20, which is $14.99 off of the original $34.99 price tag.

One side of the magic band depicts Mickey as a pilot tipping his hat underneath the Soarin logo. 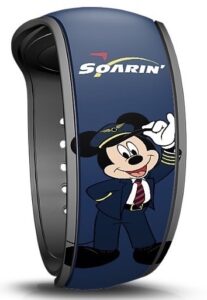 On the other side of the magic band, a plane is depicted soarin through the sky with a rainbow tail following behind it. Inside the rainbow tail, is a quote that may say “We Are Cleared For Takeoff” once fully revealed. 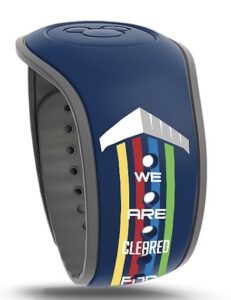 The second magic band available for Annual Passholders and Resort Guests is decorated in celebration of the Disney Vacation Club. The magic band is available at a discounted pre-order rate of $25.00 which is $9.99 off of the original sale price of $34.99.

One side of the magic band depicts the mouse himself lounging on top of the DVC Member logo with accents of various DVC Resorts featured as silhouettes in the background. 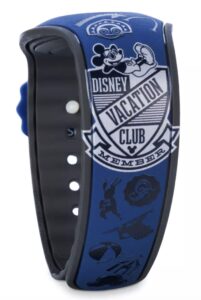 The other side of the magic band depicts a gold Disney Vacation Club crest, a “Welcome home” quote at the top, and the continuation of the silhouette accents from various DVC Resorts. 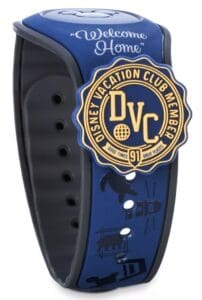 These two magic bands being offered to select guests will make a wonderful addition to any collection one may have. The navy blue colors help make the featured designs pop and also adds a touch of class to them.

Will you be pre-ordering either of these magic bands? Let us know in the comments!