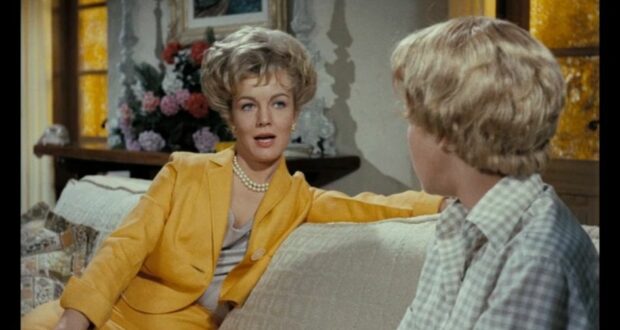 When it comes to Disney villains, there are certain ones that immediately come to mind — Maleficent from Sleeping Beauty, the Evil Queen in Snow White, Captain Hook, Ursula. However, not all villains have horns, hooks, tentacles, or want to cut your heart out. Some just want to marry your dad and ship you off to boarding school. Such was the case in the classic 1961 Disney film The Parent Trap. — starring Hayley Mills, Brian Keith, and Maureen O’Hara. The villainess in that story is Vicky Robinson, played by the legendary actress, Joanna Barnes. 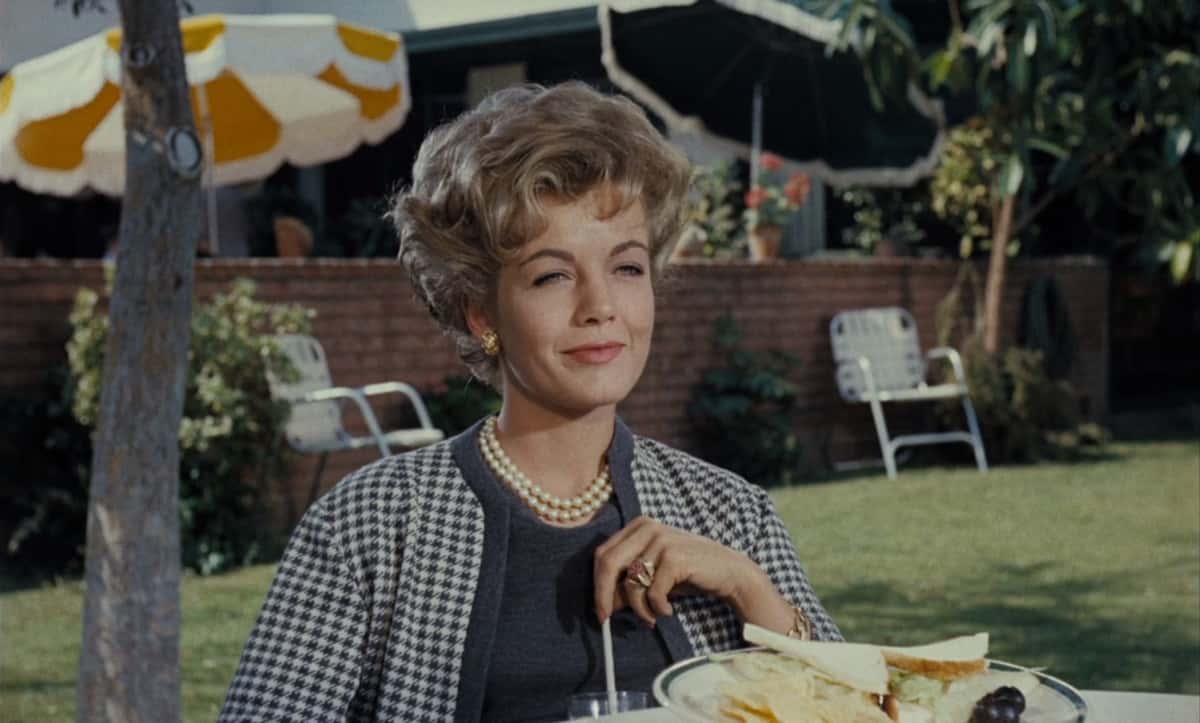 Sadly, today we have learned that Joanna Barnes has passed away at the age of 87. News of her death was shared by her close friend Sally Jackson with The Hollywood Reporter. Jackson said that Barnes passed away in her California home after battling “multiple health problems.” Throughout her life, Barnes starred in a number of notable films, including Spartacus (1960), Goodbye Charlie (1964), and Auntie Mame (1958). However, she will always be known to Disney fans as the awful gold-digger Vicky Robinson. 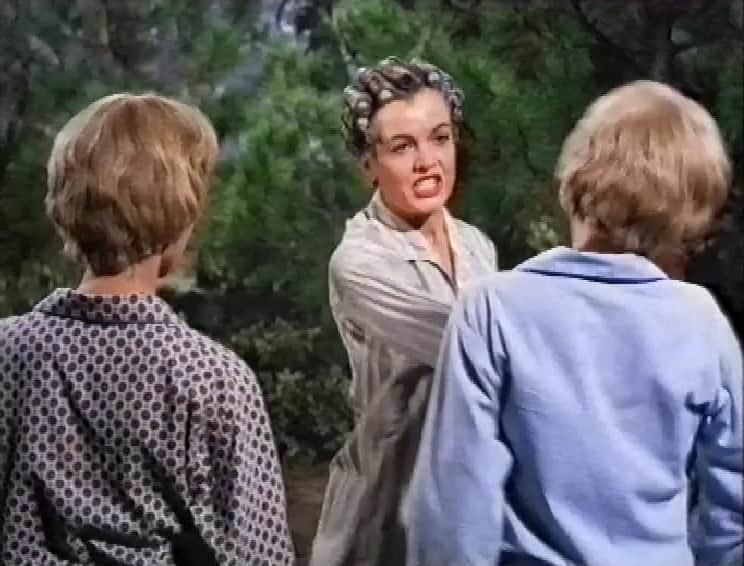 The original Parent Trap was not the only version of the film that Barnes starred in. She came back to the Disney screen over 30 years later to reprise her role as Vicky in the 1998 Parent Trap remake, starring Lindsay Lohan. While it is not directly addressed in the remake. Barnes played the mother of Meredith Blake — the modern-day Vicky, who wanted to marry Annie and Hallie Parker’s father and ship the twins off to boarding school in Switzerland. It is clear that Meredith is just like her mother, Vicki [not technically the same character so the names were spelled differently], who also doesn’t seem too fond of Annie and Hallie, but is fond of their dad’s money. 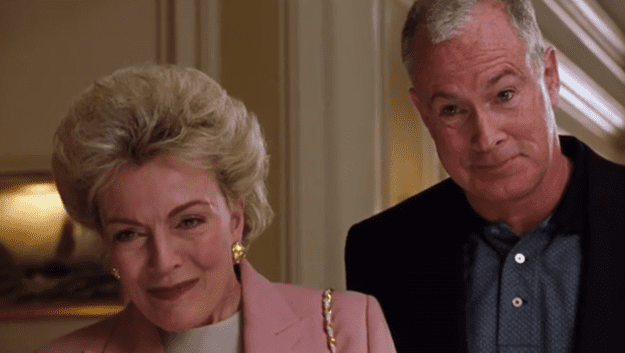 In addition to being a Golden Globe-nominated actress, Barnes was also an incredibly accomplished writer. She wrote a number of novels, with her first one, Deceivers, being published in 1970. After that, she would go on to write five more — From Floor to Ceiling: Decorating and Furnishing a Home (1970), The Dissemblers (1971), Who Is Carla Hart: A Novel (1973), Pastora: A Novel (1980), and Silverwood (1985).

Barnes had an incredible career in Hollywood — appearing in 100 films and television shows. She was married three times during her life and is survived by her sisters, Lally and Judith, and her stepchildren, John, Laura, and Louise.

If you want to relive Barnes’ iconic role, both versions of The Parent Trap are available to stream on Disney+.

2022-04-30
Krysten Swensen
Previous: Reimagined Guest-favorite live show returns this summer to Disney’s Animal Kingdom
Next: Young woman discovers her husband’s affair with the family nanny, thanks to a ride photo at Disney World