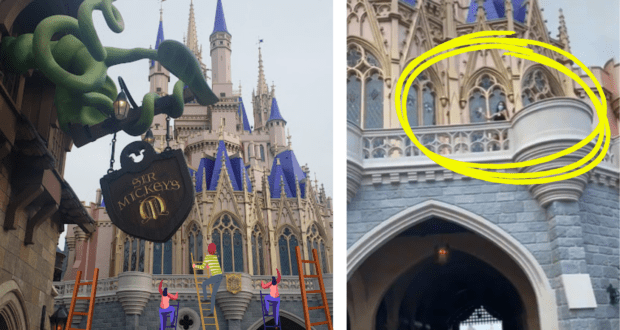 Not too bright & completely unoriginal: Guest climbs up the back facade of Cinderella Castle and posts a video, heralding her acheivement

A young woman recently defied park rules and breached Cinderella Castle, climbing up the stairs that lead to the back facade of the structure and was thrilled were achievement–so much so that she recorded the “feat” and posted it on social media (because, of course, everyone knows Cast Members will never catch you, and there’s absolutely no risk of being banned, you know.) 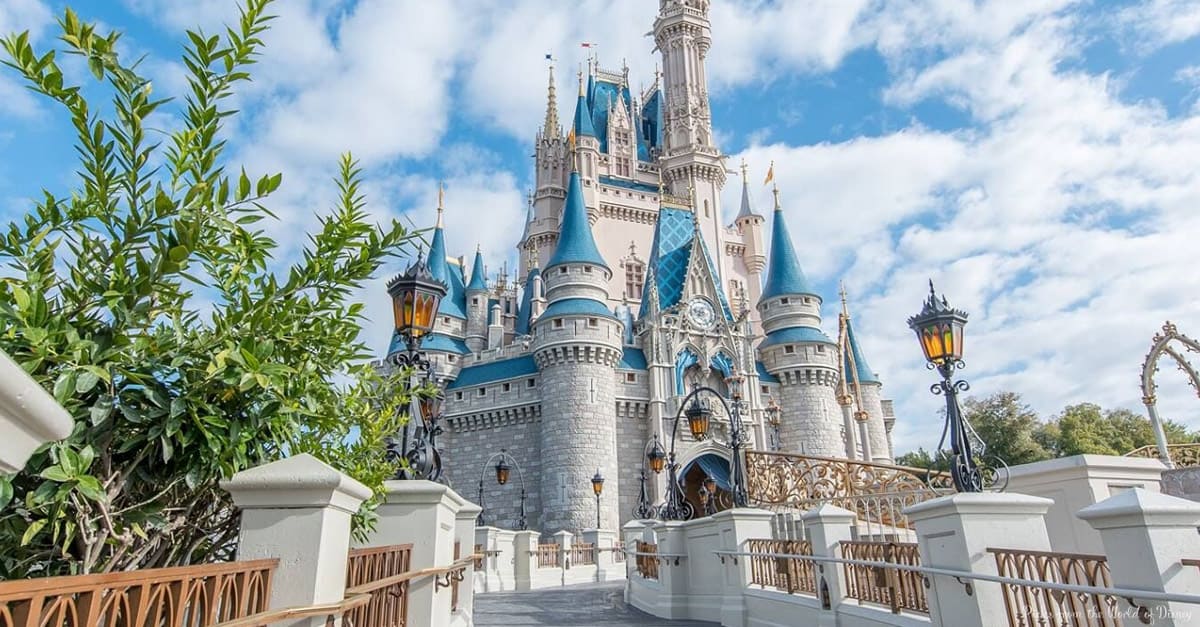 A visit to the Walt Disney World Resort–whether for the first time or the 100th time–is always special, as the entire property is alive with exciting experiences, rides, attractions, world-class entertainment, and nighttime spectaculars feature magnificent fireworks and imaginative displays.

Even the very essence of magic is on display for every Guest to see and enjoy.

And for all the price increases Guests have endured recently at Walt Disney World, there are a few things for which Guests are getting more than they paid for since lately, it’s not only the fireworks that are on display as immaturity, brazenness, belligerence, aversions to safety, and blatant disregard for rules and regulations have also been in no short supply at the parks.

Earlier this year, a major brawl broke out between Guests at Magic Kingdom that left other uninvolved Guests wondering where Disney Security was during the fight. Several Guests were involved in the huge altercation that resulted in injuries, as well as charges being filed against some of the participants.

Just last weekend, a Guest had the “wherewithal” to bring his surfboard to a fountain near the Lime Garage at Disney Springs. 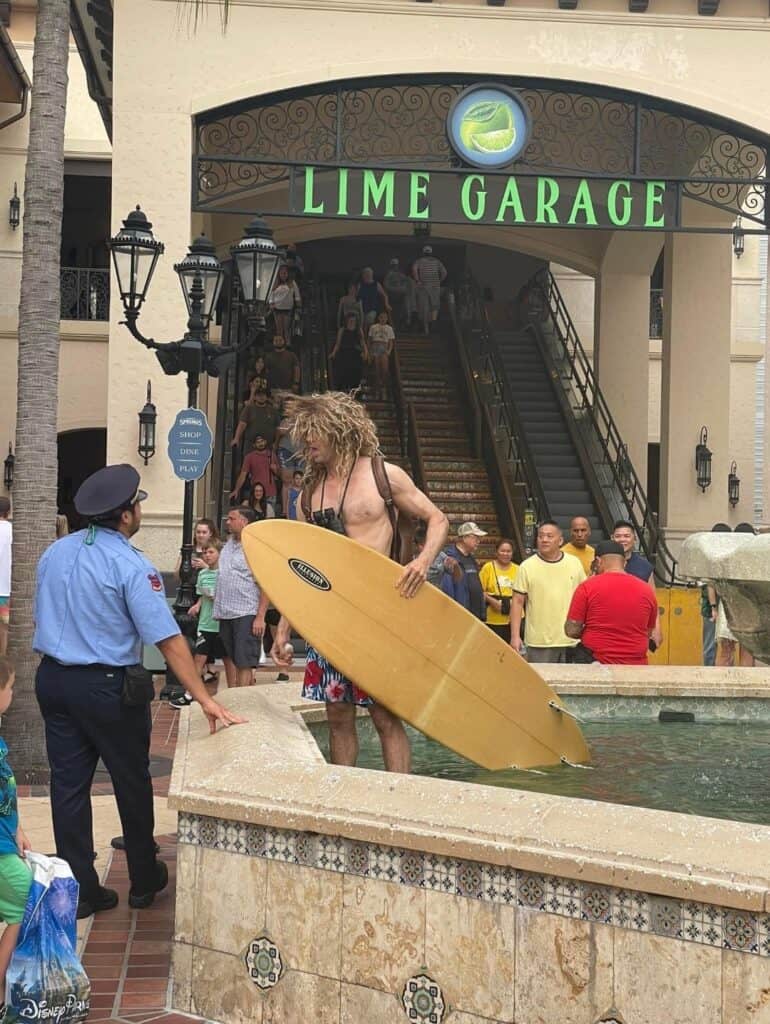 In the last months at Walt Disney World, there have been other castle scalers as well. One young man climbed the castle several months ago, and he too exhibited a blatant disregard for rules, as well as a blatant ignorance of how things like surveillance cameras work at Disney World. (I mean, you’re gonna get caught, dude. You know that, right?) 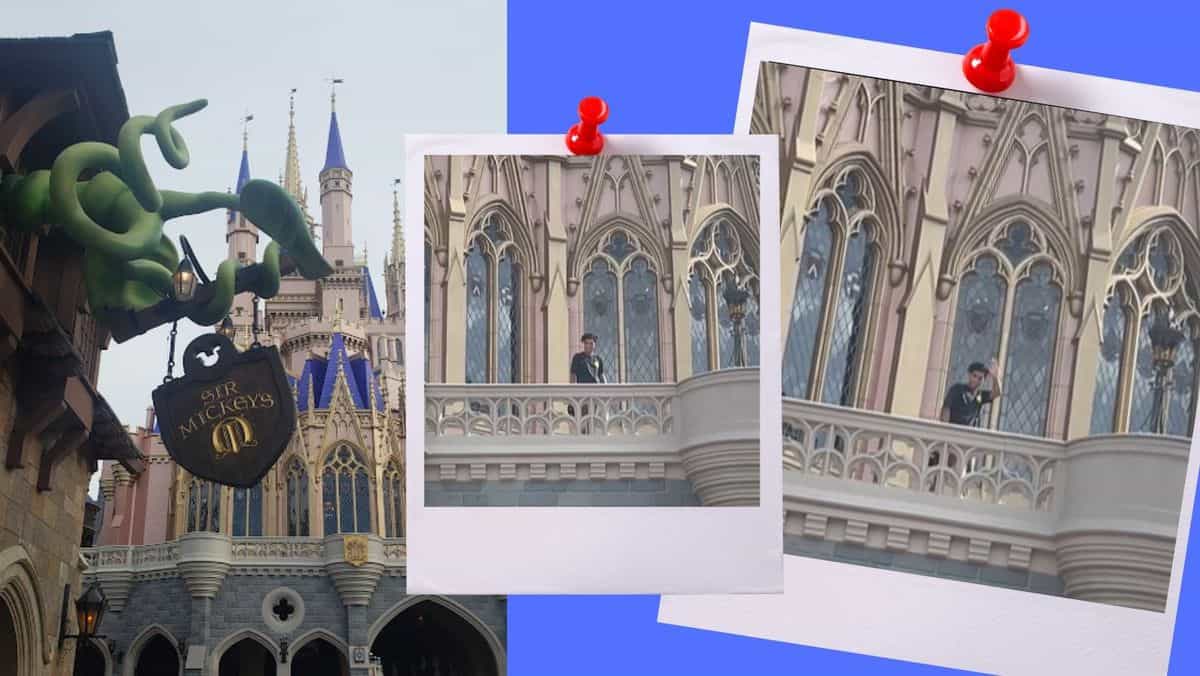 Now, yet another Guest has posted a video online that shows her courageously braving the castle wall at Magic Kingdom (read with 25% sarcasm, please.) In the video, the girl races up the stairs on the backside of Cinderella Castle. Then she takes her mighty stance at the balcony outside Cinderella’s Royal Table and waves to the camera. 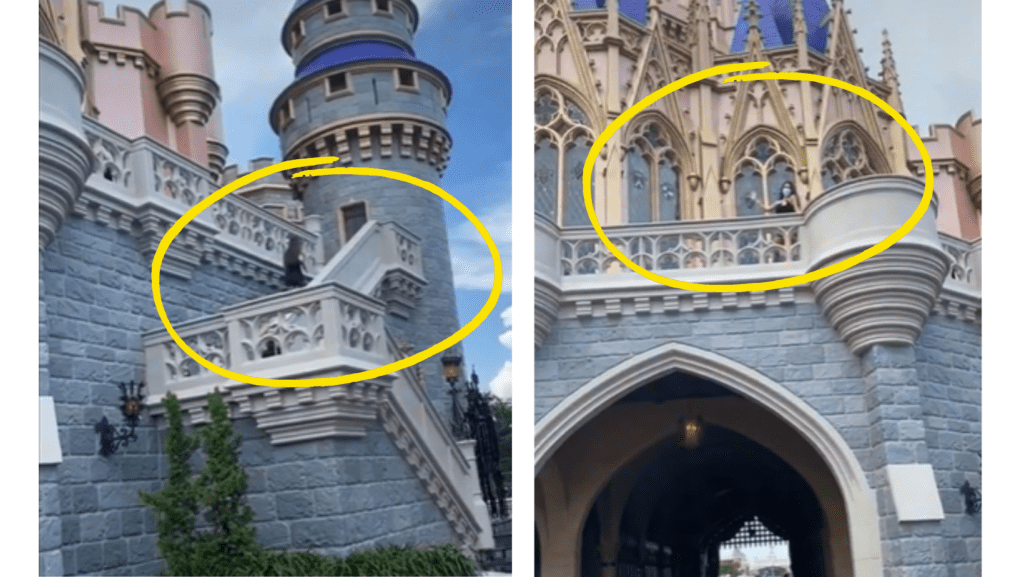 Park rules specifically prohibit such behavior, but because there have been so many examples of Guests behaving badly at the parks, we’re beginning to wonder if those rules only serve as a challenge for those who are intent on seeing just how far they can go–and still get away with it.