Movies That We Wish Were Rides at Walt Disney World

Obviously, we all love the rides at Walt Disney World. We wouldn’t keep coming back year after year if we only thought things were mediocre. But we can’t help dreaming up certain rides that we would love to see in the Parks. Disney+ has reminded us of all of the amazing movies Disney has in its library that don’t always get the attention they deserve. We started thinking about all of the ride possibilities that are simply not being taken advantage of! Take a look at this list of movies that we think should have rides at Walt Disney World and let us know if we missed any in the comments! 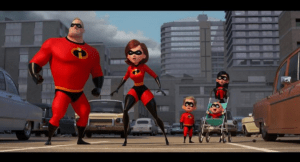 Disneyland snagged The Incredibles with the Incredicoaster but we don’t see why we can’t share it. Plus, while the Incredicoaster looks super cool, we’re thinking even a story-based ride would be awesome. The world of The Incredibles is huge, with all of the superheroes and all of their backstories. Heck, we’d love to see a day in the life of Violet at school. These characters are so rich and lovable that we just want to spend more time with them. Robin Hood is a classic. Not only is the music absolutely adorable, but who can resist the charms of little Toby? We think Robin Hood would be an excellent candidate for a slow-moving ride like The Many Adventures of Winnie the Pooh in Magic Kingdom. The story is so sweet and wholesome that it doesn’t need anything to create a “wow factor.” There wouldn’t need to be any drops or scares or anything like that. Just a nice little ride through Sherwood Forrest with Robin and Little John.

Frankly, we’re stunned Disney hasn’t hopped on this yet. While it’s known for making us cry ugly tears, the Pixar movie Inside Out would lend itself PERFECTLY to a ride at Disney. There are so many avenues Disney could go. How cool would it be to get on the train of thought and go through Riley’s mind islands? Personally, I’d love to hang out in Silly Island. Or maybe it’s a ride more like Star Tours where you get to hang in Riley’s brain with Joy, Sadness, and the gang and help Riley through her day. 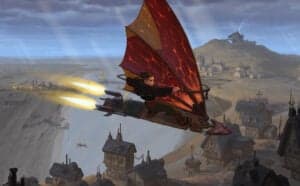 We’ve said it before, we’ll say it again: Treasure Planet does not get enough credit. This older, lesser-known movie takes place in an entirely different universe, for crying out loud! We could explore space with Jim on one of his cool hoverboards, or travel the universe on the pirate ship searching for lost treasure while being chased by Scroop! As long as Morph is in this ride somewhere, we’d be very happy.

We love the movie Enchanted because it doesn’t take itself too seriously. And we’d want a ride like that too. How cool would it be to have a ride that starts out animated, but becomes live-action? Hey, we don’t know how they would do it, but that’s why we’re the writers and not the Imagineers! The ride could start in Andalasia but have Guests fall into New York City. The ride could follow Giselle trying to find true love’s kiss while being chased by Narcissa. Patrick Dempsey and a talking chipmunk – what more could you want? 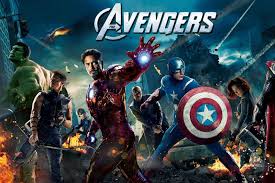 This is another one we can’t believe hasn’t happened yet. There are Avenger rides at Disneyland and even at Universal, but honestly, there should be Avenger rides everywhere. We still wonder if Pandora in Animal Kingdom should have been Wakana – but that’s a matter for another article! There are dozens of ride opportunities in the world of the Avengers. From something involving Tony’s suit to hunting a bad guy with Black Widow to training with Cap, all of these would make fun rides and experiences.

Our love of Mary Poppins was partially quenched by the Great Movie Ride (RIP) but now that’s it’s gone, there isn’t anything Mary Poppins in the Parks except for the occasional meet and greet so far. How cool would a ride be that lets you go up on the rooftops of London with Burt? Or have a tea party on the ceiling with Uncle Albert? And we could pass out if we could have lunch at the penguin cafe, wouldn’t you? While Disney has confirmed that they have plans for a Mary Poppins ride, we’ll believe it when we see it! 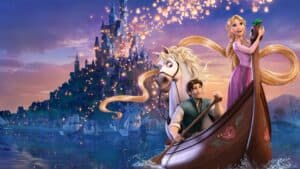 And at last, I see the ride! We know that Tangled technically does already have content in Magic Kingdom, but it’s a bathroom. While this area is a fantastic themed rest area, it’s still a bathroom. We think Tangled deserves more than that. In fact, it would make such a fun ride. It could be a slow-moving boat ride or a fast race around the kingdom. Anything that lets us hang out with Rapunzel, Flynn, Maximus, and Pascal is a win in our book. 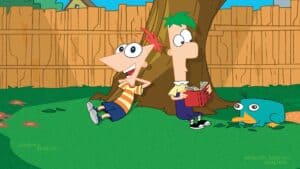 Phineas and Ferb the Movie: Across the 2nd Dimension

Phineas and Ferb: Across the 2nd Dimension is one of Disney Channel’s masterpieces. The world always needs more of these precocious little brothers, which is why we were psyched when this movie came out. Phineas and Ferb and sometimes Perry can occasionally be seen for meet and greets in the Parks, but we think there is SO much potential for rides and experiences within the Tri-State Area. Phineas and Ferb create incredible rides in nearly every episode of the show. Any one of these would make for fantastic rides at Walt Disney World.