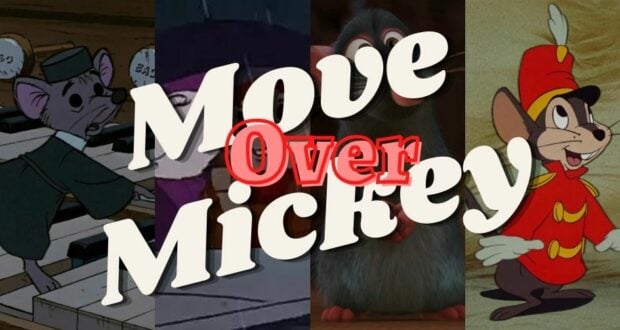 Move Over Mickey! Other Disney Mice We Love

M-I-C-K-E-Y Mouse! You know we Disney fans consider ourselves honorary Mouseketeers, so of course we love Mickey Mouse. However, Mickey Mouse and Minnie Mouse are not the only Disney mice around these parts. Today we are diving into Disney movies with other Disney mice we love. Believe it or not, Walt Disney Productions showcased quite a lineup of Disney movie mice over the years. We don’t name them all in this article, but hopefully this will refresh your memory about some awesome Disney movie mice.

Brave mice Bernard and Miss Bianca, taught us that small individuals can accomplish big things. This tiny cartoon character duo represents the Rescue Aid Society on a mission to save a sweet little girl named Penny. Adorable little Penny is kidnapped from her orphanage in New York City and trafficked to Devil’s Bayou by evil pawn shop owner Madame Medusa and her henchman Snoops.

Superstitious and nervous Bernard though hesitant at first ends up pushing his fear aside and putting it all on the line to save Penny. From facing scary crocodiles, Brutus and Nero, to helping Penny retrieve the Devil’s Eye Diamond while racing the rising tide, Bernard is such a hero. This 1977 movie truly does put mice in the spotlight as the stars of the show. This forgotten Disney movie is one of the greats and would be a great addition to any Disney movie night! 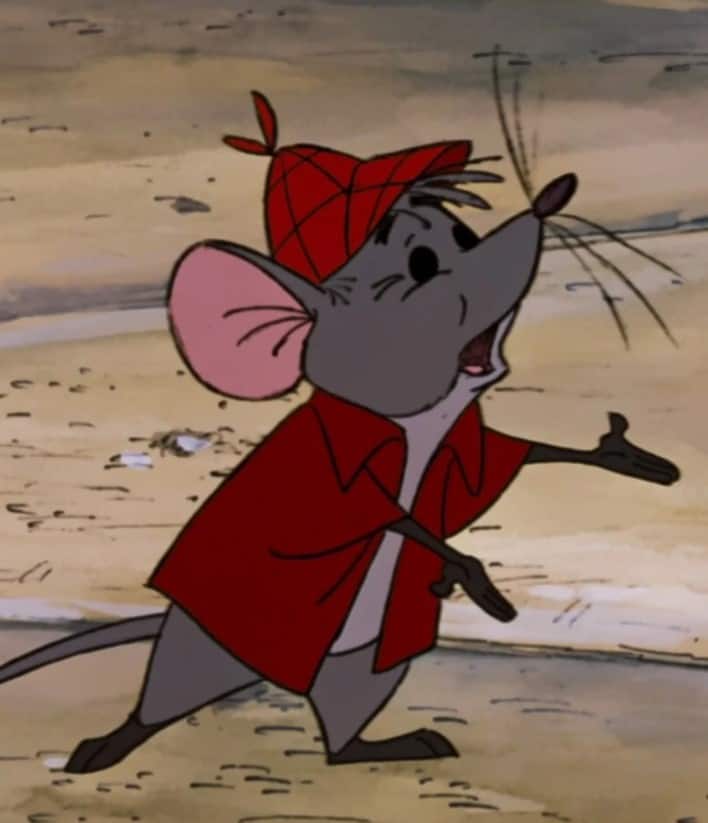 Adorable Roquefort the mouse in the 1970 classic Disney movie The Aristocats was a major character. Roquefort was a well-to-do Parisian mouse that lived in Madame’s house. His relationship with Duchess and her kittens could not be farther from the stereotypical cat and mouse relationship. In fact, we meet Roquefort when the kittens are offering him a taste of Crème de la crème À la Edgar.

Roquefort is a close friend of the family and leads the charge to find Duchess and her missing kittens. Ultimately, he saves the day and the kittens by facing the alley cats and enlisting their help to bring down the evil butler, Edgar. This small Disney hero plays a big role in this classic Disney movie. If you want to see this brave mouse in action, stream The Aristocats on Disney+. The classic animation is beautiful. 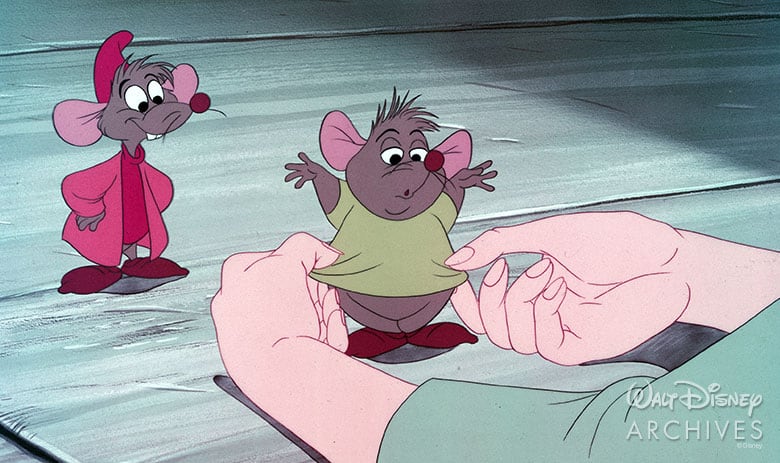 We cannot talk famous Disney movie mice and not mention adorable and helpful Gus. This small friend of Cinderella is first shown as a trapped and scared new addition to Cinderella’s mouse gang. This chubby and cute friend quickly comes into his own power, befriending Jaq and learning his way around the house. In fact, Jaq and Gus team up and rally the mice and other animal friends to remake Cinderella’s vintage dress for the ball. Even after tragedy strikes and the dress is ruined by Anastasia and Drizella, Gus is nearby comforting Cinderella.

Of course, when the tide turns and Cinderella is swept off her feet and ultimately away from Lady Tremaine’s (her evil stepmother) mansion by Prince Charming, Gus is close by cheering her on. This adorable little mouse provided moral support and comic relief that was needed in this classic Disney Movie. We will always be a fan of this little friend of Cinderella. Ooh-De-Lally! Do you remember Sexton Mouse? This small character in the 1973 film Robin Hood was a clergy mouse that helped Friar Tuck minister to the village of Nottingham. This church mouse was the church organist and was married to a mouse name Little Sister. Walt Disney Studios animation was truly top-notch in this Disney film.

This adorable Disney character was a force for good. With no patience for the crooked ways of Prince John and the Sheriff of Nottingham, Sexton Mouse cheers on Friar Tuck as he stands up to the greedy sheriff when he swipes the last coin from the church offering box. Sexton Mouse and Little Sister are zealous fans of Robin Hood and Maid Marian and are an important part of the Nottingham community. Let’s head to the city of lights for our next famous mouse. That’s right, I am talking about Chef Remy. Disney Pixar’s Ratatouille taught viewers to shoot for their dreams in this movie about a mouse that dreams of becoming a chef. With the help of a clumsy kitchen attendant and the ghost of famous French Chef Gusteau, Remy does indeed become a chef.

Remy is a talented foodie that has a natural knack for cooking. Following his partnership with Linguini in the movie and watching how he adapts cooking techniques in his mouse-run kitchen at the end of the film is so very fun. Do not miss an opportunity to watch Ratatouille and remember…Anyone can cook! The 1941 film Dumbo had a very special mouse in the cast. Timothy Q. Mouse is a friend and advisor of sorts to little Dumbo. Stepping in during a moment of need when Dumbo is ridiculed for his large ears, Timothy helps Dumbo shrug off the mean comments and look for the good in the situation.

Timothy represents Dumbo as a show manager and supports him in a mission to reunite with his mother. This little mouse serves as a best friend and also father-like figure throughout this movie. Yet another example of a small character playing a huge role in a Disney movie storyline. We cannot forget about the Sherlock Holmes of the mouse world. That’s right, I’m referring to Basil, in The Great Mouse Detective! This London-based dapper mouse knows how to get to the bottom of a mystery, and he does it in style, clad in a dashing trench coat. In the classic Disney film, Basil is called to action by young Olivia Flaversham, who is searching for her missing father.

Brainy Basil jumps into the case, motivated to find Mr. Flaversham and to apprehend evil Professor Rattigan, who he believes is behind the kidnapping and other shady happenings. Basil is a motivated and brilliant detective that gets in touch with his empathetic side throughout the film as he interacts with young Olivia and his kind friend, Dawson.

If you are searching for a new Disney movie to check out, consider selecting a film that features a Disney mouse. After all, Mickey is not the only famous mouse in the Disney movie family! Plan your next family Disney movie night and spend some time streaming these awesome movies on Disney+.