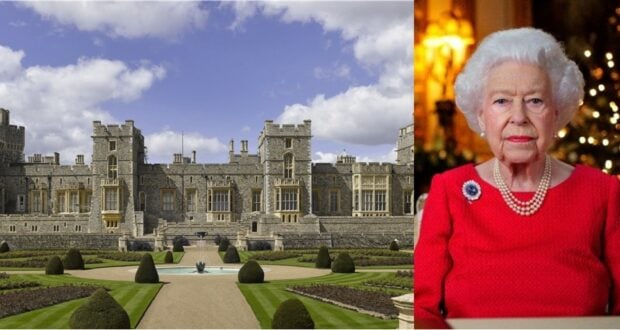 On Christmas day, a masked man approached Windsor Castle with the threat to “assassinate the Queen”. The intruder stated he was a member of Star Wars dark side, by saying he is “Sith”.

The news broke by The Sun with images and video of the masked man who was later discovered to be Jaswant Singh Chail, a 19-year-old. Chail posed with a crossbow and threatened to assassinate the Queen.

The 19-year old professed to be a member of the “Sith” which is the Dark Side in the Star Wars franchise. His video was much like Darth Vader with a mask and distorted voice. He also named himself “Darth Jones” which is a possible reference to James Earl Jones, the actor who voiced Darth Vader.

According to The Hollywood Reporter, in the video posted 24 minutes before being arrested, Chail says, “I’m sorry. I’m sorry for what I’ve done and what I will do. I will attempt to assassinate Elizabeth, queen of the royal family. This is revenge for those who have died in the 1919 Jallianwala Bagh massacre. It is also revenge for those who have been killed, humiliated and discriminated on because of their race. I’m an Indian Sikh, a Sith. My name was Jaswant Singh Chail, my name is Darth Jones.”

The Windsor Castle intruder arrived on Christmas Day. Chail managed to gain access to the castle grounds where 95-year-old Queen Elizabeth was staying with her family for the holiday by using a rope ladder to climb over the fence to the gardens.

Thankfully, security obtained Chai quickly, before he could access any buildings.

Thames Valley Police Superintendent Rebecca Mears said, “The man has been arrested on suspicion of breach or trespass of a protected site and possession of an offensive weapon. He remains in custody at this time. We can confirm security processes were triggered within moments of the man entering the grounds, and he did not enter any buildings.”

Metropolitan Police spokesman said “following a search of the man, a crossbow was recovered. The man was taken into custody and has undergone a mental health assessment. He has since been sectioned under the Mental Health Act and remains in the care of medical professionals.”

We’re thankful this 19-year-old was not able to get very far before he was obtained, and that the Queen and her family are safe.