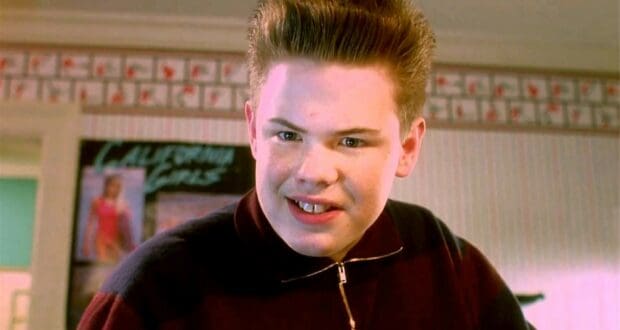 Home Alone news is making headlines, but it’s not the holiday news we want to hear. With just days until Christmas, we’re learning the 1990 Home Alone actor, Devin Ratray has been arrested for alleged domestic assault and battery.

Former Home Alone and Home Alone 2 actor Devin Ratray played the character, Buzz McCallister. Buzz was the older brother of the film’s star Kevin McCallister (Macaulay Culkin). He was never an especially nice brother as he portrayed the typical older brother that thinks very little of his little brother, especially when he’s in his way during the holidays.

Now, we’re learning Ratray was arrested in Oklahoma City on Wednesday, December 22, 2021, after an altercation with a woman earlier this month.

The woman who was allegedly Ratray’s girlfriend noted that the two got into an argument at a bar. She left the bar to return to the hotel. Ratray followed her back to the hotel which is where the altercation occurred.

The woman reports that she was punched in the face by Ratray, followed by Ratray covering her mouth and attempting to strangle her.

RELATED: Disney+ “Home Sweet Home Alone” Trailer Has Landed, But We May Just Stick to the Classics

Ratray recently shared that a Home Alone reunion was in the works with some original cast. He also reprised his role as Buzz in the movie Home Sweet Home Alone that recently debuted on Disney+.