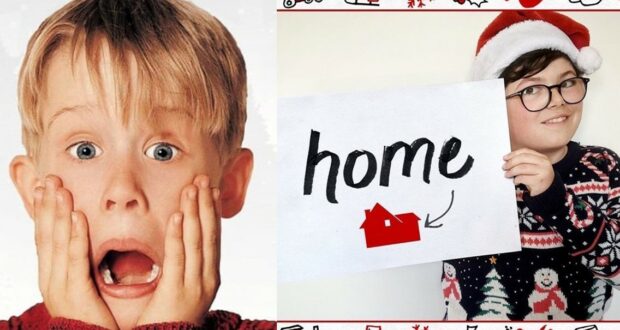 Disney+ “Home Sweet Home Alone” Trailer Has Landed, But We May Just Stick to the Classics

A new film is on the way to Disney’s streaming service, Disney+, just in time for the holiday season. There’s nothing better than curling up on the couch, sipping on some hot cocoa, and watching a sweet film for the holiday. This Disney+ original is a nod to the classic holiday 1990 film, Home Alone. “Home Sweet Home Alone” is scheduled to debut on Disney+ next month, and the official trailer has landed. We’re not sure if we’re the only ones feeling this way after watching the trailer, but we may just be sticking to the classics this holiday season.

RELATED: Disney Brings The 50th Celebration To Disney Plus

As shared by the 20th Century Studios: “The trailer for Disney+’s all-new adventure comedy “Home Sweet Home Alone” is here! The reimagining of the beloved holiday film franchise will debut November 12, 2021, exclusively on Disney+.

RELATED: Bob Chapek says November 12 is Disney+ Day; here’s what to get excited about!

What are your thoughts on the new Disney+ original film? Will you be streaming Home Sweet Home Alone this holiday season when it launches on “Disney Plus Day”, November 12? We’re not sure we can pull ourselves from the original Macaulay Culkin Home Alone. We almost wish Disney had gone in a slightly different direction instead of keeping what looks like the exact same Home Alone movie plot for this reboot. Maybe it will grow on us!