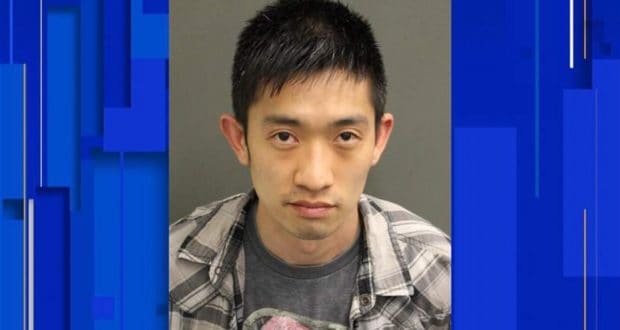 We love visiting Walt Disney World’s Magic Kingdom! While sometimes the cost of a ticket can be a hard one to handle, sneaking into the park has never crossed our minds. Unfortunately, one man decided he would try his best to sneak into the park by climbing the Magic Kingdom wall to enter. His endeavors didn’t get him very far.

As reported by ClickOrlando: “A man faces charges after Walt Disney World security spotted him climbing a wall in an attempt to sneak into the Magic Kingdom park, according to the Orange County Sheriff’s Office. Johnny Tran, 31, was arrested on May 23 at Walt Disney World. Investigators said just before noon, Tran did not pay for parking in Disney’s parking lot. A uniformed security guard posted at a checkpoint along a walkway leading from the Contemporary Resort to Magic Kingdom told deputies that he saw Tran near the entrance to a bus drivers’ breakroom. The guard then watched as Tran looked around and then walked up to berm, which investigators said he climbed over to gain entry to the park.”

The report goes on to say that a security guard assigned to that portion of the park saw Tran walk out of a Cast Member only door into Tony’s Town Square Restaurant and was removed taken to a security office at that point.

Tran faces charges of trespassing and petit theft for failing to pay for parking or the entrance fee for the park. His arraignment in scheduled for July 27. To read more details about the arrest visit ClickOrlando.com.