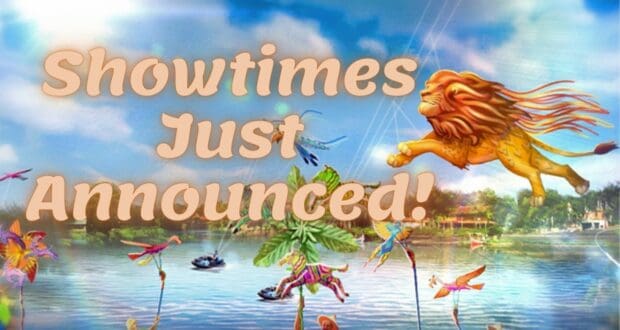 JUST IN: Showtimes for Animal Kingdom’s new ‘KiteTails’ show have been announced

There’s so much going on at Walt Disney World right now! 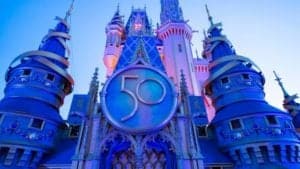 Disney’s Animal Kingdom, the youngest of the four theme parks, just announced this week that it’s revamping the uber-popular Finding Nemo: The Musical. The new show will debut sometime next year. 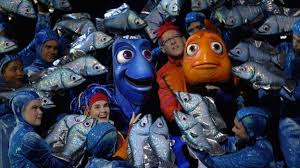 There are new announcements coming out every single day! Today is no different. Disney has released the daily showtimes for Animal Kingdom’s all-new “KiteTails” experience, and we couldn’t wait to share them with you! 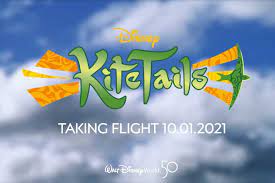 Disney says “KiteTails” will be awesome:

“Hearts and imaginations will soar as incredible kites and windcatchers dance through the air to the beat of beloved Disney songs during this high-flying performance at Disney’s Animal Kingdom theme park. Be awed by elaborate, three-dimensional kites of Simba, Zazu, King Louie, Baloo and more as they take flight above the Discovery River Amphitheater—beginning October 1, 2021, during the 50th anniversary celebration of Walt Disney World Resort.” 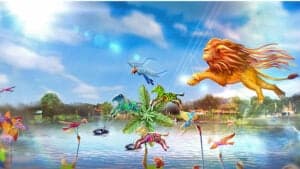 “KiteTails” will have multiple performances throughout the day. The showtimes begin at 11:15 a.m., and the last performance is at 5:15 p.m.

See characters from many of your most favorite Disney and PIXAR films take flight in this display of beautifully designed props and inflatable kites, some of which are 30 feet long!

The new experience can be your experience, beginning October 1.

2021-09-18
+Becky Burkett
Previous: YouTuber says Disney copied his works in its new Disney+ series without permission
Next: You will NOT believe how many pieces of Disney/PIXAR ‘Cars’ memorabilia this man has!