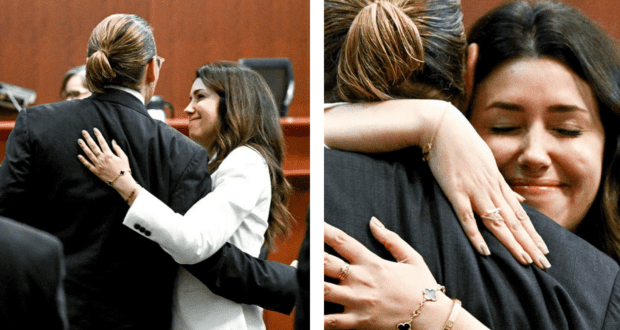 Since April 11, lifelong Johnny Depp fans–and some brand new ones–have been captivated, nay, held hostage by, the daily goings-on inside a Fairfax County, Virginia, courtroom where Depp and his ex-wife Amber Heard have been battling it out in a defamation trial centered around allegations of domestic abuse, defamation, and domestic violence from both parties.

The stakes are high. The sum of $50 million is at stake for Depp, and $100 million is at stake for Amber Heard, who filed a countersuit against her ex-husband Johnny Depp when her attorneys’ attempts to have the case thrown out of court were unsuccessful in the fall 2021. The good names of both also hang in the balance as well–especially for Depp, who testified on the stand that a majority of his motivation for being in court are his two children, Lily-Rose Depp and Jack Depp, ages 22 and 20, respectively. 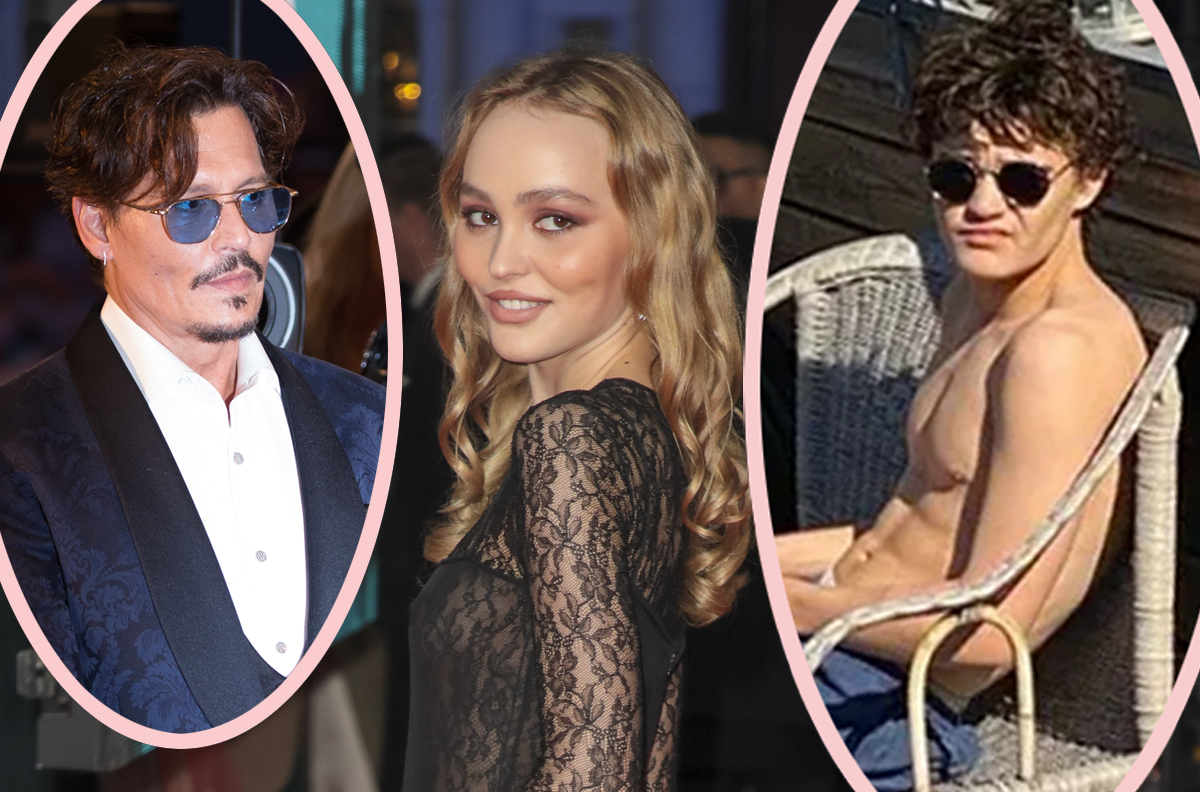 And while most diehard fans of the defamed actor have only one goal in mind–to see Depp’s name cleared and his life somewhat restored to him–many Johnny Depp fans who’ve made it their daily ritual to watch at least a part of the approximately 8 hours of live coverage of the trial in Virginia have turned their interests and focus to something else that may be transpiring in the courtroom: a possible romance blooming in the midst of the accusations, allegations and dirty laundry being slung around the courthouse.

But this is no rekindling of a flame between Johnny Depp and Amber Heard.

Depp is being represented by a team of attorneys with the Brown Rudnick Law Firm, led by attorney Benjamin Chew.

The team of eight attorneys–Ben Chew, Camille Vasquez, Stephanie Calnan, Andrew Crawford, Yarelyn Mena, Rebecca MacDowell Lecaroz, Samuel Moniz, and Jessica Meyers–has worked tirelessly since Day 1 of the Depp trial to prove that Johnny Depp, not Amber Heard, is the victim of domestic violence, and that Heard’s allegations and accusations of domestic abuse at the hands of Depp have all but ended his career in Hollywood–a career more than 4 decades in the making.

But one member of the Brown Rudnick legal team seated with Johnny Depp on each of the now nearly 19 days of trial has recently made a name for herself as both an unafraid litigator and expert cross-examiner of Amber Heard, and also a potential love interest for Depp.

Not in an upcoming film, but in real life.

Camille Vasquez is an associate with the Brown Rudnick Law Firm, and her expertise and experience are in plaintiff-side defamation cases. Vasquez immediately caught the eye of viewers last week when Amber Heard first took the stand in her own defense. Time and time again, the young attorney from the University of Southern California and Southwestern Law School has refuted claims put forth by Ms. Heard for which there is conflicting or no evidence.

Camille Vasquez had made the headlines for her unapologetic approach in refusing to allow Amber Heard to make claims and accusations for which she has no proof.

“Slipped up there, didn’t you Ms. Heard?” Vasquez asked after a video clip of Ms. Heard was played that showed her misspeaking about releasing information about her decision to file for divorce from Depp.

Only moments before, Heard claimed she had not alerted the press to her filing, but in the video clip from her deposition, her story was different. But over the course of the trial, many fans have noticed what they see as a possible relationship beginning between Camille Vasquez and Johnny Depp. After a somewhat extended embrace on Tuesday between the two in court followed by a quick hand-holding, viewers began to wonder even more if there’s more going on between Vasquez and Depp than the run-of-the-mill attorney-client relationship. When court adjourned for the evening on Tuesday this week, a videographer followed the team from Brown Rudnick to the SUV awaiting them.

“Hi Camille,” the videographer began, “the people want to know, are you dating Johnny Depp?”

But his question only triggered a laugh and no response.

“It’s all over the internet,” the cameraman suggested. “Can you set the record straight?”

But Vasquez only smiled, shook her head, and moved on toward the vehicle with the rest of her team, stopping only to pet a dog and to hug a Depp supporter who greeted her. 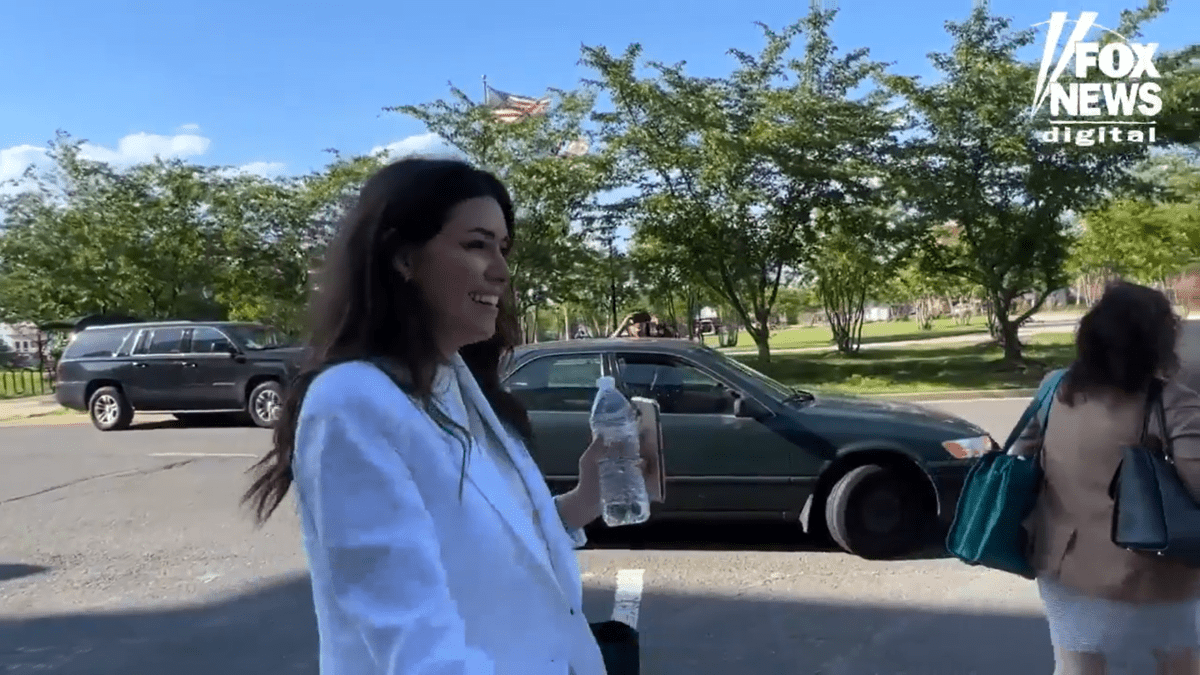 And while Vasquez wouldn’t give a statement or make a comment when asked about a possible Depp-Vasquez scenario, a source close to Johnny Depp said “It’s 100%, entirely, unequivocally not true.”

Hey, if Camille Vasquez refused to answer because she doesn’t mind those kinds of rumors, we won’t judge. After all, it is Johnny Depp.

2022-05-19
+Becky Burkett
Previous: On What Disney Attraction Can You Hear…?
Next: Are These Table Service Restaurants Overrated? You Decide! Round 3!