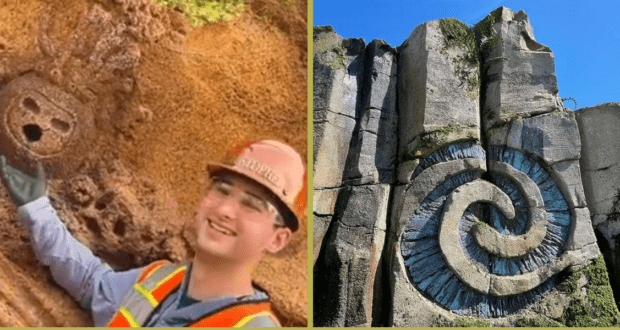 It feels like it’s been forever since Journey of Water, Inspired by Moana was announced (not Tron forever, though). The brand new attraction is set to open in “late 2023” but no exact time frame has been given. Recently we have shared some exciting updates with you, like the giant Te Fiti figure being installed, but today we may just have the most exciting update yet!

The brand new attraction which will be a self guided walking trail (similar to those you’d find in Animal Kingdom), and will take Guests through the water cycle in a fun and innovative way.  Once the attraction opens guests will,  according to Disney,: “Stroll along a self-guided outdoor trail where you can play and interact with water as it travels from the sky to the oceans and back again. Along the way, learn about the importance of water and discover its playful personality—just as Moana did on her heroic voyage.”

We can’t wait to see what this brand new addition to EPCOT’s World Nature Neighborhood has in store. Today we got to take a peek behind the curtain so to speak and see just how much progress has been made on the upcoming project! Christopher, a Walt Disney Imagineer made a video for Disney Parks to show everyone just how much fun is in store! Check it out below:

Disney shared new video of WDI at the project site for Journey of Water, Inspired by Moana. The video includes a closer look at Te Fiti.

The walkthrough attraction is set to open at EPCOT later this year. pic.twitter.com/imPkdr3fS8

As you can see…It looks like construction is almost completed on the outdoor attraction. That doesn’t mean Journey of Water is ready to open yet though. Disney is nothing if not thorough. There will be months of tweaks and testing before we get to go play. Even thiugh there is still a wait ahead of us,  Christopher confirmed that the exoration trail is currently still on track to open later this year. He also said that the goal of the attraction is to  encourage good stewardship of water (and all of Earth’s naturalresources).

Journey of Water, Inspired by Moana looks like it will be a fun interactive experience.  I. Fact, it remind me of an innovative and updated version of the dancing fountains over by Journey Into Imagination!