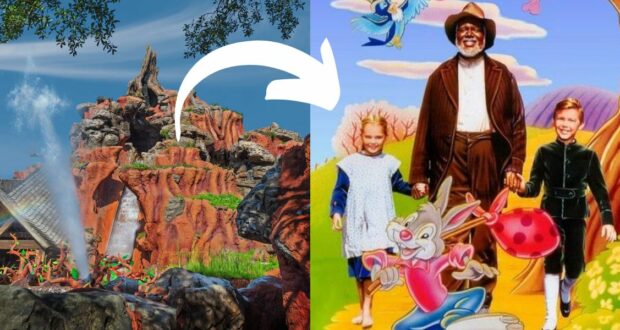 Watch Disney’s Controversial ‘Song of the South’ With this Service

The Disney fandom is well aware of the current Walt Disney World Resort and Disneyland Resort controversy, which involves the iconic Splash Mountain attraction. As Disney prepares to drop its Song of the South (1946) ride theme, here’s where the Disney film can still be streamed.

Disney has announced it will be revamping Splash Mountain at both Magic Kingdom Park and Disneyland Park in “late 2023.” Disney first broke the news in 2020 as a way to provide inclusion for all throughout its theme parks.

Song of the South features “The kindly story-teller Uncle Remus tells a young boy stories about trickster Br’er Rabbit, who outwits Br’er Fox and slow-witted Br’er Bear.” The film has been noted to have racist connotations, with critics characterizing its portrayal of African Americans and old south plantation life as racist.

RELATED: Guest Made a List of Everything Broken On Splash Mountain, And It Is Extensive

The Disney Park news of Splash Mountain’s overhaul has been met with a mix of excitement and anger. Some believe it’s a great time to remove Br’er Rabbitt, Br’er Bear, and Br’er Fox from Splash Mountain. Others want to nostalgic ride and its “Zip-A-Dee-Doo-Dah” music to remain as is.

Regardless of where Disney fans stand, Disney has unveiled Splash Mountain’s new theme, calling the attraction “Tiana’s Bayou Adventure.” The attraction will focus on Princess Tiana and the storytelling from the film The Princess and the Frog (2009).

If you’ve never watched Song of the South or if you desire to watch it again, you won’t find the Disney movie on Disney+. Instead, @Poodlekitty took to social media to share, “ReDiscover Television, a legal streaming service, has “Song of the South” available to watch. One of the reasons why Splash Mountain shouldn’t be rethemed.”

The full storyline of Song of the South is shared by IMDb as follows:

“After the Civil War, down in the Deep South state of Georgia, a little boy named Johnny (Bobby Driscoll) is excited about a trip to visit his grandmother living on a rural plantation. However, his visit soon turns painful as he learns that his parents are separating, and his dad returns to Atlanta. Determined to run away, he starts off for Atlanta with all his possessions in a bag.”

“As he starts leaving the plantation, he hears Uncle Remus (James Baskett) a slave at the plantation, telling a group of people stories about Brer Rabbit. He stops to listen, and people start looking for him. Uncle Remus reassures them he knows where the boy is. Then he befriends Johnny and thru his Brer Rabbit stories convinces him to stay at home.”

“Johnny befriends a little girl named Ginny. She gives him a puppy, and her older brothers want to drown it. Uncle Remus once again saves the day with his stories. Johnny’s mother gets angry because Uncle Remus kept the dog, so she demands he not tell any more stories. Uncle Remus, unhappy about the way he’s being treated, leaves for Atlanta. Johnny chases him and is injured by a bull. Although he almost dies, one of Uncle Remus’ stories pulls him through.”

We will continue to keep Disney Dining readers updated as we learn more about the revamp of Splash Mountain into Tiana’s Bayou Adventure in the coming years.