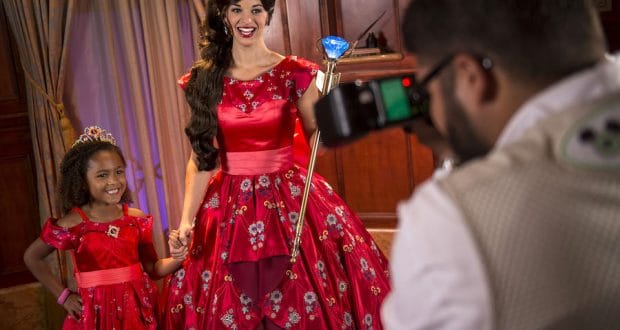 How to Become a Walt Disney World Character

I wonder how many of the Cast Members at Walt Disney World today first visited the parks as a children and dreamed of one day playing the role of a prince or princess. If we’re honest, surely most of us would have to say that at one time or another, we’ve wondered what it would be like to play the role of a Disney character at the most magical place on earth. But there’s a process and a protocol that go into realizing such a dream. If you’ve ever wanted to be a Disney character at Disney World, here are a few things you should know.

9. You’ll need to go through an interview process.

A magical position as a character at Disney World begins the same way as any other job—with an application and an interviewing process. Applications can be filled out at the Casting office near Disney Springs or online at https://jobs.disneycareers.com/. Potential princes, princesses and Peter Pans must fill out an application first. Waiting for a call-back can be hard—especially when you’re excited about the role. Once you do receive a call-back, you may be able to complete a first and second interview over the phone, depending on the position and your location. If you are still in the running after those interviews, you may be asked to interview in person. If you are interviewing for the role of princess, you will also audition for that role. Because of this, if you’re hoping to bring the Magic to Guests at Disney under the guise of a Disney character, you will want to come to the audition willing to sing, dance, read scripts and exhibit your abilities in improvisation.

8. You will need to meet the physical requirements.

If you are aspiring to be Aurora, you will also need to meet the physical requirements for the role. Young ladies auditioning for the role of princess are ideally between 5’4” and 5’7” tall. You’ll also need to be at least 18 years old, but not older than 30. The largest dress size for the princesses at Disney World is a size 10, so any candidate must be a size 10 or smaller to secure the part. There are also features that Casting will be looking for in a potential Snow White, Ariel or Cinderella. Casting usually looks to see if candidates have facial features and hair similar to those of a Disney princess. A candidate will have a better chance at securing the role if she has features similar to more than one princess. 7. You’ll have to go through training.

Once you have made it past the application, interviewing and auditioning processes, you will be offered a role (or more than one role, depending on Disney’s needs and your qualifications). The next step in the process of realizing your dream of fulfilling that role is to attend a five-day training class. During the training, you will be immersed in every facet of your character’s persona. This can mean watching Disney films about your princess until you know the movie inside and out, learning to speak and even sound like that princess and learning to use her expressions. It also means learning to apply make-up in the same way that it is drawn on the Disney princess you are portraying. It also means you will learn how to write the princess’s signature so that you can sign autographs in the same way every time.

6. You must know the princess’s persona and never stray from it.

Part of being a Walt Disney World princess is meeting with fans from all over the world. As a princess-in-training, you must be able to stay in character at all times, no matter what you are asked. For example, Snow White would only know about her “world,” and she’d never know who Sebastian and Flounder (from Disney’s The Little Mermaid) are. If you are asked about Sleepy, Grumpy and Dopey, you will need to be able to use your improv skills to give Guests an answer that is in keeping with Snow White’s movie and the characters within it. 5. You’ll need to develop and use amazing improv skills.

As a princess-in-training, you’ll often be surrounded by many children of all ages—some of them aspiring princes and princesses themselves—and you’ll have to be able to improvise no matter what is said to you, done to you, asked of you. It’s completely possible that you’ll be asked some silly questions. You might even hear things out of left field. Occasionally, you might have things said to you that are untimely, inappropriate or just plain rude. But because you are at Disney World, and you don’t ever want to ruin the magic for any of the children around you, you will have to be able to make the most of your improv skills so that you can keep calm while staying in character at all times.

4. You will need to exhibit patience at all times.

Since a majority of your audiences will be children, your patience could very well be your most used asset in your new role as princess. But it’s not only children you’ll need patience with—it’s also the children’s parents who are hot and tired and have been standing in lines with those children all day long. When Guests are rude or when little ones have hit their melting point on your watch, it’s your patience that will keep you going and help you to stay in character. As a new Disney princess at Walt Disney World, you will have to be committed to following certain rules about your new role, as disregarding them might even cost you your coveted new role. For example, Disney requires that you never talk about your role outside of the parks. This means that you will not be permitted to reveal to others what role you’re playing “on stage” at Disney World. This includes talking about your role with others in person or via social media, such as Facebook, Instagram and Twitter.

Once you’re chosen for the honor of playing a Disney princess in the parks, you will need to commit to fulfilling that role for a minimum of one year from your hire date. It is possible that your role with last longer, but you will need to be available for at least one year. This is most likely because the process involved in hiring a new princess is very intensive and time-consuming, and surely Casting doesn’t want to conduct the process repeatedly.

If you can’t stand crowds and people in general, a role as Disney princess is most likely not best suited for you. To be the very best at your role, you’ll have to have a love for people and for making them smile. Think of your new position as an awesome opportunity to share the Disney magic with others and help make their dreams come true. If you enjoy that, you will be amazing at your new royal role.