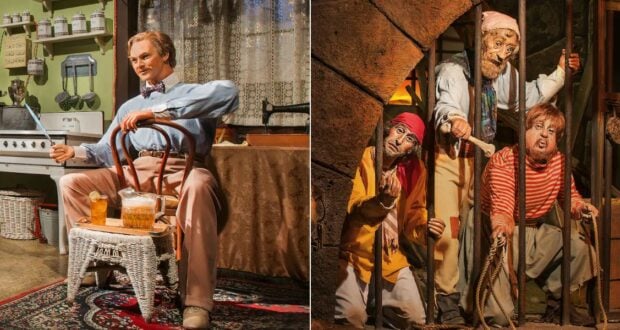 With the sheer volume of Guests pouring into Walt Disney World Resort, Disney will inevitably have Guest injuries. One of the most recent injury reports notes two incidents occurring at one of Disney’s most popular theme parks, Magic Kingdom.

Nostalgia and Magic Kingdom go hand-in-hand. While we prepare for the permanent removal of one of the most nostalgic attractions at Magic Kingdom Park… Splash Mountain, we are shifting focus to Adventureland and Tomorrowland attractions.

Pirates of the Caribbean is the perfect boat ride experience in Adventureland for Guests of all ages, especially pirate-loving fans. Sadly, Disney’s recent quarterly injury report notes that a gentleman was injured when he attempted to board the attraction.

The report notes that in November 2022, “A 69-year-old man fell and hurt his right arm and shin while stepping into a boat on Pirates of the Caribbean.” Details surrounding the incident are unavailable. We can see, however, how someone may lose their footing when boarding a Pirates of the Caribbean boat, but in general, Disney has made the boarding process very stable.

Moving to Tomorrowland, another fall incident occurred in November 2022 on one of the calmest Disney Park attractions – Walt Disney’s Carousel of Progress. The theater-style attraction allows Guests to “Travel through the 20th century and marvel at the evolution of technology during this classic Audio-Animatronics show.”

The report notes, “An 80-year-old woman hurt her right leg in the theater for the Carousel of Progress show.” We aren’t sure if the Guest was standing when the theater was rotating or if it was during the enter and exit portion of the Disney World ride, as further details of the incident are not provided.

Despite Walt Disney World’s extra care and attention to the safety of its Guests, theme park injuries are expected from the theme park giant. It wasn’t too long ago we reported the news of a man that died after riding the Tomorrowland Transit Authority PeopleMover. Additionally, a “cardiac event” recently occurred at EPCOT’s Frozen Ever After boat ride.

We hope both Guests that experienced the fall injuries have recovered fully and are back to visiting “the most magical place on earth!”