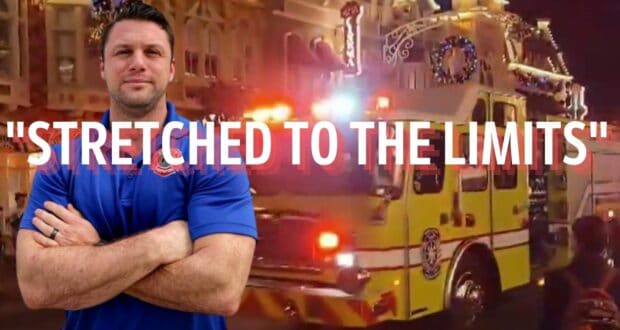 Guest died after cardiac event at Bay Lake Tower over the weekend: ‘We’re putting people who visit Disney in danger”

If, Heaven forbid, you are visiting the Walt Disney World Resort and you have a need for paramedics to come to your aid or that of a loved one, while on Disney property, you will most likely receive triage and emergency care from one of the talented men and women who serve with the Reedy Creek Fire Department.

Think of them as the “Disney World Fire Department.”

If you’re a frequent flyer to the Central Florida Disney Parks, you may have seen Reedy Creek’s trademark bright yellow fire trucks and ambulances near the parks. Perhaps you’ve even seen them in the parks when a Guest was facing an emergency. 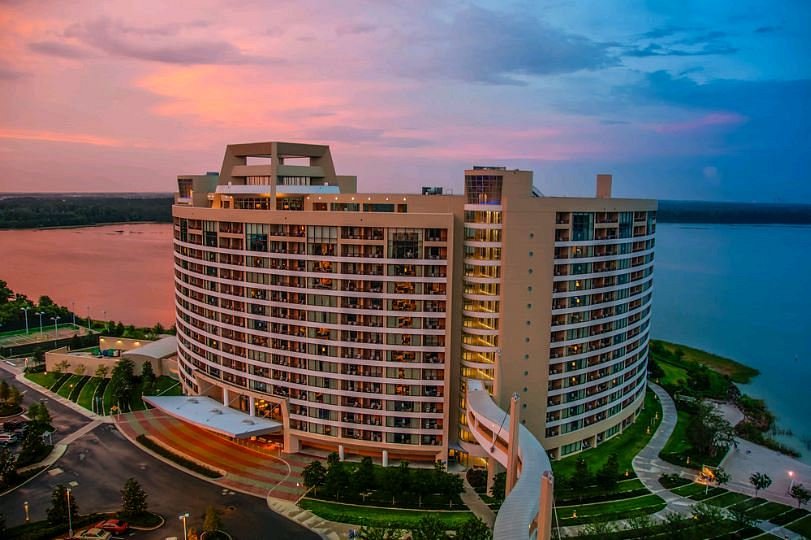 On Sunday, December 12, a call for help came into the Reedy Creek Station from Disney’s Bay Lake Tower at Magic Kingdom Park, but according to union members of the Reedy Creek Fire Department, the only rescue vehicle available for the area was tending to another call. Per the Reedy Creek call log, a medical team got to the Disney World Resort Hotel less than 10 minutes after dispatch. However, it took more than 13 minutes for a rescue unit from outside the area to arrive at the hotel.

RELATED: One-night stay bookings are back at the Walt Disney World Resort

It was 20 minutes before the Guest received epinephrine, which is given to patients experiencing a myocardial infarction, or heart attack. The drug increases the rate and force of contractions in the heart, which in turn increases the output of the patient’s blood and helps to raise their blood pressure. It also increases blood flow to the heart muscle itself and to the brain while paramedics are performing CPR. Epinephrine is often life-saving.

Sunday afternoon, the Guest passed away.

Jon Shirey, President of the Reedy Creek Firefighters Association says things might have been different for the Guest if more medics had been available to respond sooner.

“Had more people initially responded, [the Guest] likely would have received the drug sooner and would have had a better chance of survival,” Shirey explained.

“Time is tissue,” he continued. “Time, in this case, is life-saving. The average person has about four to six minutes to be in cardiac arrest without some of these life-saving treatments before there’s permanent brain damage or irreversible death.”

RELATED: Reedy Creek Firefighters face a COVID pandemic of their own

The call on Sunday to Bay Lake Tower and the Guest’s death brought to light a fear that the Reedy Creek Firefighters have had for years: that their short staffing numbers could eventually put Guests in harm’s way–and worse, possibly lead to a Guest’s passing. The department says it’s been dealing with issues of inadequate staffing for years now. 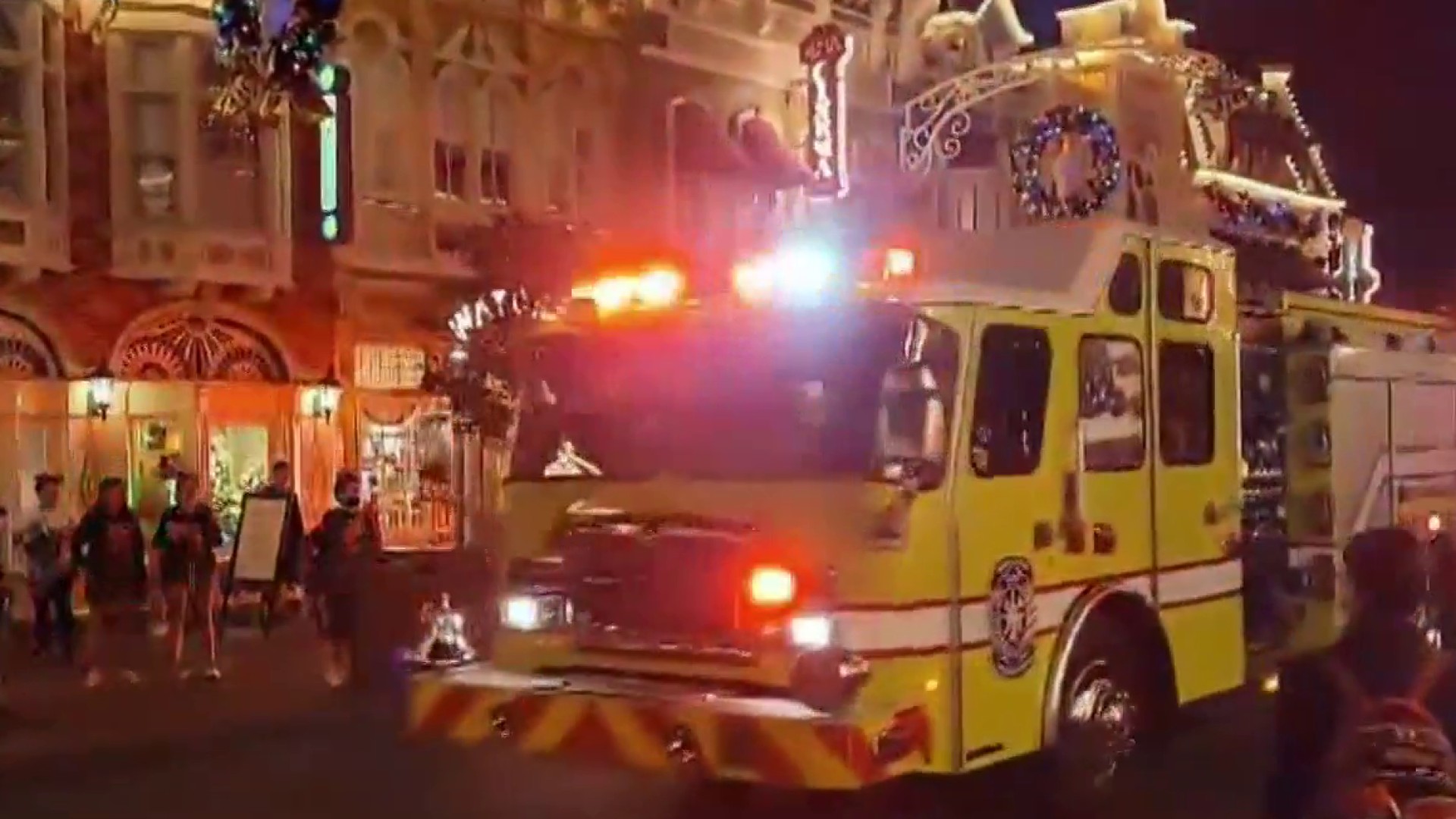 On Tuesday evening, a small fire broke out at Magic Kingdom at Cinderella Castle. When firefighters arrived, there was a tree on fire near the castle. That fire was extinguished quickly, and there were no injuries or deaths reported. But what if the blaze had not been so small? Would the department have had sufficient fighters to tame flames that threaten everything in their path? 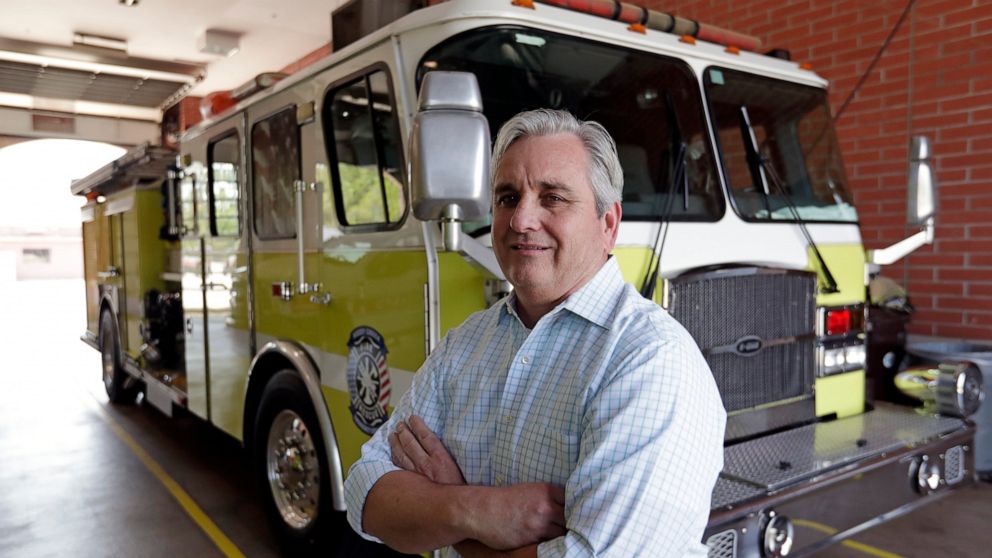 But Disney says not so fast. A spokesman for the Florida Disney Parks says Stromsnes’s claims are “simply not true.”

“The safety of everyone who comes to Walt Disney World Resort has always been extremely important to us, and we are grateful to all the first responders who continue to keep our property safe,” Avery Maehrer wrote in a statement.

But the department has been relying on assistance from other departments. And Union members say that Reedy Creek, which handles all emergency calls from the Walt Disney World Resort, reduced staffing numbers when Disney World closed in March 2020 in response to the coronavirus pandemic. It was part of an agreement that allowed layoffs to be avoided. But now that the parks are open–and crowded, especially since it’s the holiday season–members say Reedy Creek is understaffed for things like fires at Disney Resort Hotels. And if they were called on for a grand-scale emergency–sort of an “all hands on deck” need–they might not be prepared to serve in the manner in which they are needed.

“It’s a huge danger,” Jon Shirey explained. “If there is a big event, we’re not even remotely close to being able to handle it on our own.”

Reedy Creek spokesperson Eryka Washington says Reedy Creek makes safety its top priority. She says the fire department has “appropriate levels of fire and medical services at all times,” and she says that includes the parks and Resort Hotels at Disney World. Ms. Washington further stated that Reedy Creek saw zero layoffs during Disney World’s closure and that all EMT staff salaries were paid while they were at home. That lasted 16 weeks.

Does this make you feel uneasy about visiting the Walt Disney World Resort during peak season? Let us know how you feel about Reedy Creek in the comments.