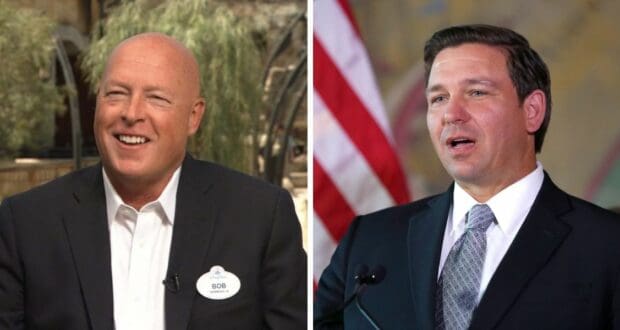 The bad blood between The Walt Disney Company and the state of Florida may have just reached an all-time high. On April 22, Florida Governor Ron DeSantis officially signed a bill that will eliminate the Reedy Creek Improvement Act. The act was originally passed in 1967, and it allowed Walt Disney World to function as its own government. That meant that Disney would be responsible for its own police, medical, fire, and more. It also wouldn’t have to go to the state for permission to build things — and the Florida taxpayers would not be on the hook for the bill.

For decades, Disney and Florida worked in harmony, but that was thrown into discord when Florida signed into law the Parental Rights in Education bill. The bill would prohibit K-3 educators from discussing things like sexual orientation and gender identity. The bill has been named the “Don’t Say Gay” bill by critics, and Disney has been outspoken against it. Disney CEO Bob Chapek has said that he will make sure that the company does everything it can to see that the bill is repealed.

Nearly immediately after Disney spoke about repealing the bill, Florida Republicans said that they wanted to repeal the Reedy Creek Improvement Act — although they said it was not a retaliatory action. Governor DeSantis said that he would be supportive of a bill that dissolved any special district formed before 1968. From there, a bill was quickly written and signed by both the Florida State Senate and the House of Representatives.

Now, we are learning that Governor DeSantis has signed the bill. If all goes according to plan, the Reedy Creek Improvement District would be dissolved on June 1, 2023. As DeSantis signed the bill, he said that Disney had lied about the content of the Parental Rights in Education Bill. He also said that Disney — which is based in California — will not ever dictate what happens in the state of Florida.

Even though Governor DeSantis has signed the bill, there is still a lot that will happen before the June 1 deadline. According to Florida law, a specially created district — like Reedy Creek — can only be dissolved by a special vote from district landowners. Those landowners would be Disney, and they will most likely not vote to dissolve Reedy Creek.

For some reason, if Reedy Creek is dissolved, some Florida taxpayers will be on the hook for $1 to $2 billion dollars, which is the debt that Reedy Creek currently has. Reedy Creek also operates at a yearly loss. Should the Florida taxpayers find themselves responsible for Disney’s expenses, that could change and Reedy Creek could find itself in a better position financially than it was before the dissolution.