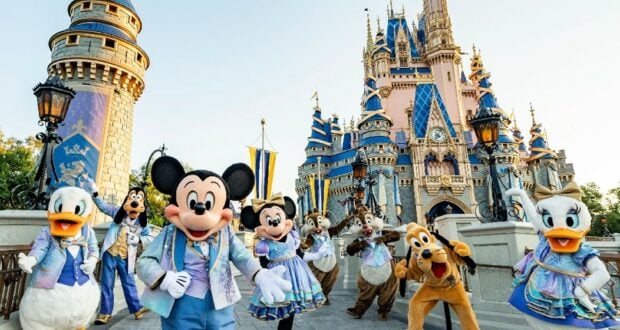 Every day, it seems that the animosity between the state of Florida and The Walt Disney Company gets a little worse. It all began when Disney released a statement denouncing Florida’s Parental Rights in Education bill. Florida Governor Ron DeSantis said publicly that companies like Disney do not run the state, and he signed the bill into law anyway. Disney CEO Bob Chapek then said that Disney was pausing all political donations in the state and that the company would work to see the law repealed.

The relationship between Disney and Florida has only continued to get worse. Things have gotten so bad, that the state is working on revoking the Reedy Creek Improvement Act. The act — which was passed in 1967 — allowed Disney to basically function as its own government. That meant that Disney was responsible for all improvements and fixes that needed to be done on its property, not Florida taxpayers. It also means that Disney didn’t need to go to the state for permission to get things done.

On April 20, a vote to repeal the Reedy Creek Improvement Act passed the Florida State Senate. The bill will now move to the state House of Representatives. If it passes there, it will move on to be signed by Governor DeSantis, and it would become law.

Mary Ellen Klas — Capitol Bureau Chief at the Miami Herald — tweeted that, should the act be repealed, Osceola and Orange County taxpayers could receive bills of around $2,200, all debt that currently belongs to Disney. An estimated $2 billion. The bill would go to Osceola and Orange County because those are the two Central Florida counties where Disney World is located.

Details emerge on @GovRonDeSantis idea to repeal Disney’s special district governing authority. To pay the Disney’s $2 B in bond debt, Orange and Osceola county families would have to be assessed $2,200 tax bill says @FarmerForFLSen. “This is shoot first and ask questions later.”

Sen. @JeffreyBrandes asks: “My concern is this bill essentially wipes away Disneys’ $2 billion of debt…if the legislative intent here is ultimately to attack them, then why would we want to cancel $2 billion of debt?”

Sen. @JeffreyBrandes asks: "My concern is this bill essentially wipes away Disneys' $2 billion of debt…if the legislative intent here is ultimately to attack them, then why would we want to cancel $2 billion of debt?"

Many see a repeal of the act as both shortsighted and hypocritical. Throughout the pandemic, Governor DeSantis has repeatedly claimed that he is not someone who will tell companies what to do. However, when Disney spoke out and said something that Governor DeSantis and Florida Republicans didn’t like, he immediately began to work with the state lawmakers to punish the company.

Many are saying that repealing Reedy Creek would also be just a mere annoyance to Disney, but a financial burden to the taxpayers. Disney would have to go to the state for everything, but the bill wouldn’t be all on them, so they could actually end up saving money instead of spending it. Taxpayers would also be responsible for paying for things like police officers and medical personnel to be at Disney, which Disney currently flips the bill for.