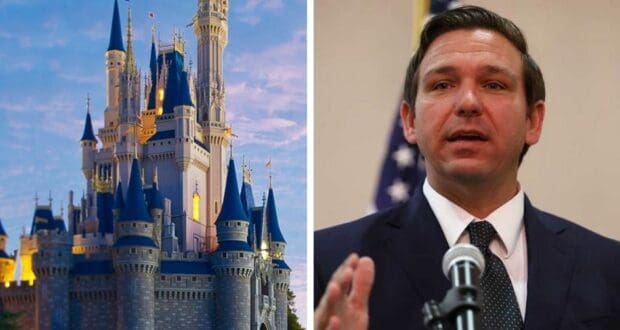 The battle between Disney and the state of Florida has just gone up another notch. On Tuesday, April 19, the Florida state legislature held a special legislative session to focus on redistricting. Before the session began, Florida Governor Ron DeSantis made a public statement asking the legislature to consider terminating all special districts that were created in the state prior to 1968. This would include the Reedy Creek Improvement District — which is run by Disney.

The Walt Disney Company and Florida have been at odds for weeks over the passing of Florida’s controversial Parental Rights in Education bill. The bill is also called the “Don’t Say Gay” bill, and its critics believe that it will target the LGBTQ community. Disney CEO Bob Chapek has spoken out against the bill and has promised to work with local advocates to see that the bill is repealed. Disney has also paused all political donations in the state, but that did not happen until the company had donated more than $100,000 to state republicans.

For his part, Governor DeSantis has made it clear that Disney does not run the state, and he will enact whatever legislation he deems necessary, regardless of Disney’s stance on the issue. DeSantis also said that he would consider supporting legislation that would repeal the Reedy Creek Improvement Act. The act was passed in 1967 and basically allowed Walt Disney World Resort to function as its own government.

Before the April 19 legislative session began, Governor DeSantis made the following statement:

While some see the move as taking the power back from Disney — which has wielded a ton of power in the state since the theme parks opened — others see the move as incredibly shortsighted. Right now, when Disney wants to make improve things like roads and street signs, it pays for it. Disney is also responsible for any issues with its electricity and Wi-Fi. It also pays for its own police and medical staff. Should the state decide to repeal the Reedy Creek Improvement Act, Florida taxpayers would then be responsible for those costs.

Disney has not commented on Governor DeSantis’ comments or the potential repeal of the Reedy Creek Improvement Act.

2022-04-19
Krysten Swensen
Previous: Fuel Up for Your Next Safari at Tusker House Restaurant
Next: Disney’s new headquarters building in New York hits a major milestone, celebrates with topping-out ceremony