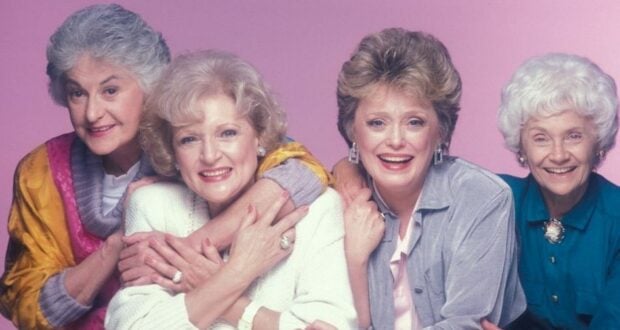 Golden Girls Cruise Takes to the Seas in 2023

Are you ready to “be a pal and confidant” on the high seas? Well, Golden Girls fans, we have some exciting news for you, as a Golden Girls Cruise is planning to set sail April 8 – April 13, 2023!

The Golden Girls was a television sitcom that aired on NBC from September 1985 to May 1992, with a total of 180 episodes spanning seven seasons. The cast included stars Bea Arthur as Dorothy Zbornak, Betty White as Rose Nylund, Rue McClanahan as Blanche Devereaux, and Estelle Getty as Sophia Petrillo. The four older women lived together in Miami, Florida.

It wasn’t too long ago we were remembering the life of Disney Legend, Betty White with her passing on December 31, 2021, at the age of 99. Now, you’ll have a chance to celebrate her life along with die-hard Golden Girls fans on a specially-themed cruise. The officially Golden Fans at Sea promo notes:

“Picture it: Miami 2023… Join up to 1,000 fans on the brand new Celebrity Summit as we celebrate and salute the most iconic television of all time. Highlights include the character costume dress up party, trivia, celebrity panels, parody shows, and a whole lot more! Meet fans and die-hards from around the world!“

RELATED: Rapunzel Is 9 Feet Tall as She Paints the Stern of Disney’s Newest Cruise Ship, the Disney Wish

“The Celebrity Summit is totally refurbished and ready for you. Visit the fabulous ports of Key West, Florida and Cozumel, Mexico. Grab your pals and get ready for a trip you will never forget. New this year: Every booking includes two excursions!“

“Key West, Florida: The Golden fans bar crawl is back! Don’t miss as we visit Key West bars for the best day ever! All Guests must book through flip phone events/Cindy Levine Dream Vacations to access special events and gatherings. You will not get access if you book through other providers.”

RELATED: Watch as Disney’s Newest Cruise Ship, the Disney Wish, Gets Its Feet Wet for the First Time

Want a glimpse at a few scenes from the Golden Girls Cruise in 2019? Here’s one from Cruise Critic with, “If you threw a party and invited everyone you know, it just might look a little bit like a Golden Girls theme cruise.”

What do you think? Time to call up some friends and plan your Golden Girls getaway! Check out all the details, itinerary, and pricing available here. Happy planning!