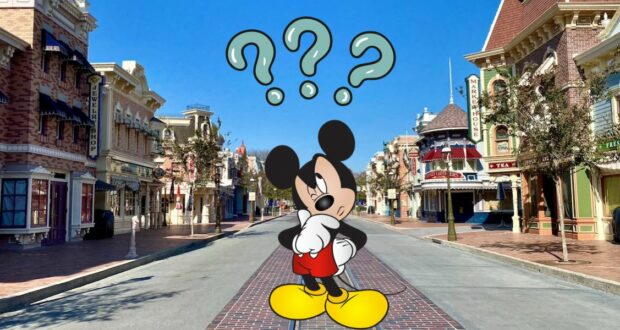 Gone are the days of visiting Walt Disney World Resort or Disneyland Resort without a concrete plan in place. From budget planning for hiked-up ticket prices to the Disney Park Pass Reservation System and the “vary by date” Disney Genie+ service… Disney is no longer a place of spontaneity. But is the Disney Park experience “needlessly complex?” This former Walt Disney Imagineer believes so.

Morgan Lee Richardson is a former Walt Disney Imagineer that worked on several theme park projects. He is well-known for his hand in Disneyland Resort’s Avengers Campus and Cars Land at Disney California Adventure. We can thank Richardson for contributions to the new and extremely popular Web Slingers: A Spider-Man Adventure attraction as well as favorites such as Radiator Springs Racers.

And while Richardson was quoted in June 2021 saying Disneyland “feels like home,” now the feeling of the Parks being “needlessly complex” has set in.

RELATED: 14-Year Veteran Imagineer Steps Away From Disney Amid Massive Relocation to Flordia

“I just think it’s silly. And obviously folks can figure it out if they take the time. But how much attention should Guests really have to pay to the ticketing/scheduling procedure vs their park experience? Anyway…here is a photo of an empty Main St. taken at noon on 02/04/21.”

When someone replies, “It’s actually simple.” Richardson responds, “It’s not hard. It’s needlessly complex. In Feb 2021 I was building Avengers Campus, not attending DCA as a guest.”

While it’s not an impossible task to visit a Disney Park, it can get complicated, especially for those that don’t prefer to plan ahead for a Disney experience. Trying to explain the process to someone that hasn’t been to a Disney Park since COVID reopenings can be especially challenging as “the good ole days” are behind us.

2022-10-14
Jamie Sylvester
Previous: Enter Our Wickedly Fun Halloween Scentsy Giveaway!
Next: Out of This World Dining at Disney’s Planet Hollywood