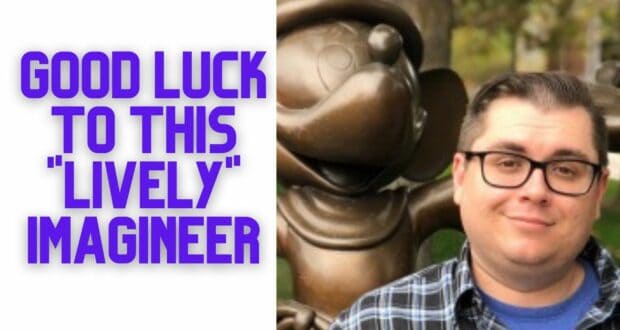 Kevin Lively has been an Imagineer for over 14 years, but he has decided that he and the Mouse must part ways–for now at least.

That’s because Lively’s is one of the positions that Disney has chosen to move from California to Florida–one of 2,000 positions within The Walt Disney Company that is being relocated to the Sunshine State. 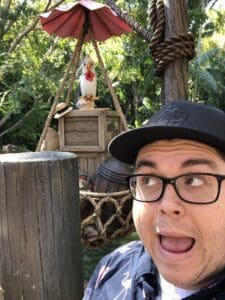 The move was reported in an article on July 15 from Orlando Business Journal, which stated that Disney would be transplanting many of its employees to a master-planned community in Orlando called Lake Nona beginning then and continuing over the next 18 months:

“Initially, the Disney campus will be home to Imagineers and other professionals, but a specific site in Lake Nona has not been identified. Most of the relocating professional roles will be related to Disney’s Parks, Experiences and Products division, which includes theme parks.” 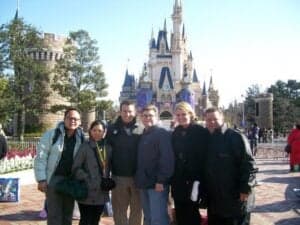 The article went on to clarify that the headquarters for The Walt Disney Company would remain in California and that the 2,000 jobs represented in the relocation account for less than 5% of the total number of Disney jobs in the Golden State.

It’s a difficult decision any time a job move is up for discussion, but when it involves packing up and moving to the other side of the country, that’s got to be extremely hard. But Lively and his family have made their decision, and they won’t be moving to Florida. 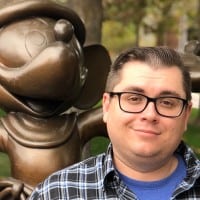 He begins his explanation in this tweet, but because of Twitter’s limit on characters, his entire tweet doesn’t show here, so we’ve included it below.

After 14 years at Disney I’m going to be hanging up my mouse ears. I never thought I’d be stepping away, but sometimes life throws you a curveball. In June we learned that Imagineering would be relocating to Florida. My wife and I looked long and hard at the possibility, but we pic.twitter.com/YRUlwwh6G1

“After 14 years at Disney, I’m going to be hanging up my mouse ears. I never thought I’d be stepping away, but sometimes life throws you a curveball. In June we learned that Imagineering would be relocating to Florida. My wife and I looked long and hard at the possibility, but we just couldn’t make it work with family and finances here in California.

I held out hope that something might change that, but about a month ago, I received official word that my role would be locating. When someone puts an end date on something you love as much as I love what I do, it can feel like your world is crumbling in around you. I’ve been taking it really hard. For that reason, I’m going to be stepping away to focus on some pretty cool opportunities that can keep us in here in our home state.

I’m speechless by the outpouring of love and support from friends, mentors, colleagues, and leadership. They’ve made it abundantly clear that this door isn’t shutting and support my stepping away for a while. I’ve been spending the last month or so making sure all my projects are set up for success without me, and I can’t wait for you all to see what we’ve been cooking!

Disney has literally made my dreams come true. They sent me to Japan to represent the original Jungle Cruise. I got to write for and play an X-Wing pilot for Hyperspace Mountain. I’ve been blessed enough to vocal direct some amazing talent – people I grew up idolizing! I was on stage in front of some crazy awesome audiences to celebrate Jungle Cruise and Haunted Mansion with you all. I helped launch a major motion picture with the biggest star in the world. And I got to work with the Muppets! That’s just scratching the surface.

But most importantly I’ve been able to follow in the footsteps of certified legends and was honored to carry on Walt’s legacy. I had a pretty good run. In the end, I’m still going to be Imagineering’s biggest fan. We have some of the world’s best creative talent that I had the pleasure to call my friends. 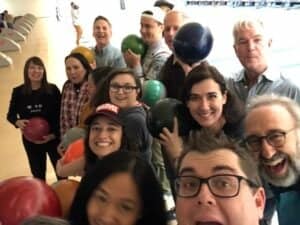 In Kevin’s LinkedIn “About” section, you can almost feel his passion and excitement for the very important work he does with Disney:

“As a Story Editor at Walt Disney Imagineering, I have written for parks and resorts around the world. Some of my favorite projects include the 2020 fresh of the Jungle Cruise, Hyperspace Mountain, Jingle Cruise, Jungle Navigation Company Ltd. Skipper Canteen, Mater’s Graveyard JamBOOree, and the upcoming Zootopia land in Shanghai.

In addition to my writing duties, I also help manage the stories of Disney Parks original content (Pirates of the Caribbean, Haunted Mansion, Jungle Cruise, etc.) for partners across the company including film, TV, games, and publishing. I’ve also hosted and co-produced several very large presentations for D23 including the Haunted Mansion 50th Anniversary Celebration in 2019.

I am also proud to be the author of two children’s books for Disney Publishing including “it’s a small world” SHAPES! and Jungle Cruise ANIMALS!”

Lively’s passion for his work as an Imagineer is impossible to miss, but he will be missed greatly! We wish him well in all his future endeavors!

2021-10-13
+Becky Burkett
Previous: Columbian couple faces jail time, huge fines for selling counterfeit Disney DVDs
Next: Disney says ‘it ain’t so’: This attraction is NOT closing, no matter what the rumor mills say