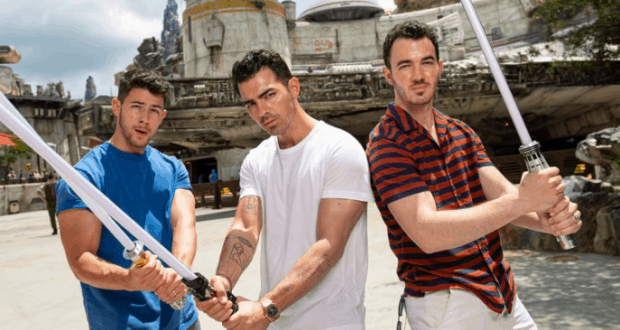 If you were born in the 90’s, there is a very good chance that you grew up watching Disney Channel. I will be the first to admit, I was OBSESSED. And also the first to admit that I kind of still am. One of the coolest parts about growing up a 90’s Disney Channel kid is that I’ve kind of grown up with all of these stars. We’ve reached life milestones at the same time. In a way, these characters and their actors feel like friends. Thank goodness for social media so we can keep up with them! Take a look at these former Disney stars who are now parents! 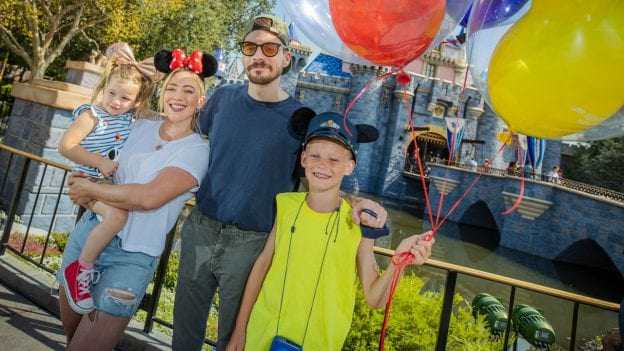 Hey now, hey now! The Lizzie McGuire star is the proud mama of 3 beautiful kiddos who look EXACTLY like her. Hilary had her son, Luca, in 2012 with her first husband, Mike Comrie. She later remarried Matthew Koma and together they had two girls, Banks in 2018 and Mae in 2021. All three of these babes have Duff’s big blue eyes and stark blonde hair. They’re so cute! 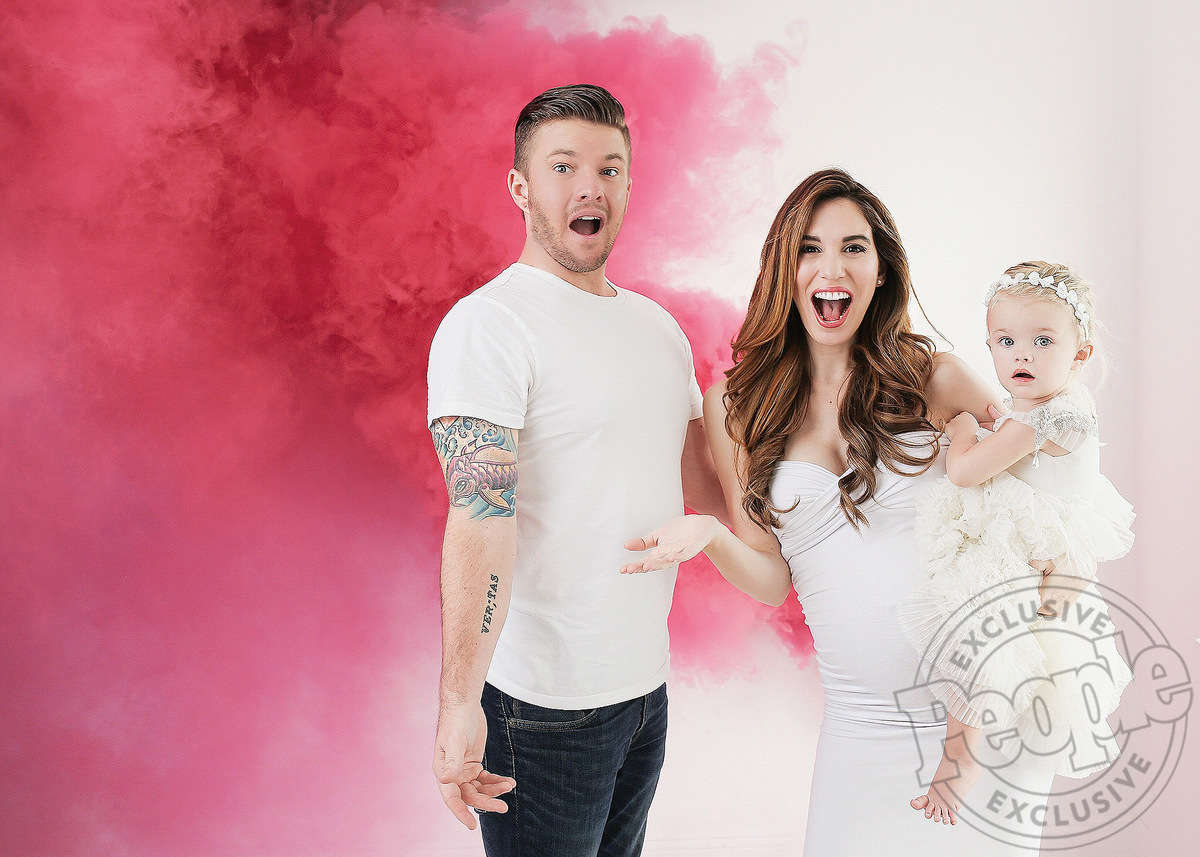 Known for her roles in Even Stevens and Kim Possible, Christy Carlson Romano was always one of my favorites. She always seemed so down to earth and normal. So it was no surprise when she married husband Brendon Rooney and laid low from the spotlight. They welcomed their first daughter Izzy in 2016 and the second, Sophia. in 2019. Romano now hosts a popular YouTube series, which often features her family! 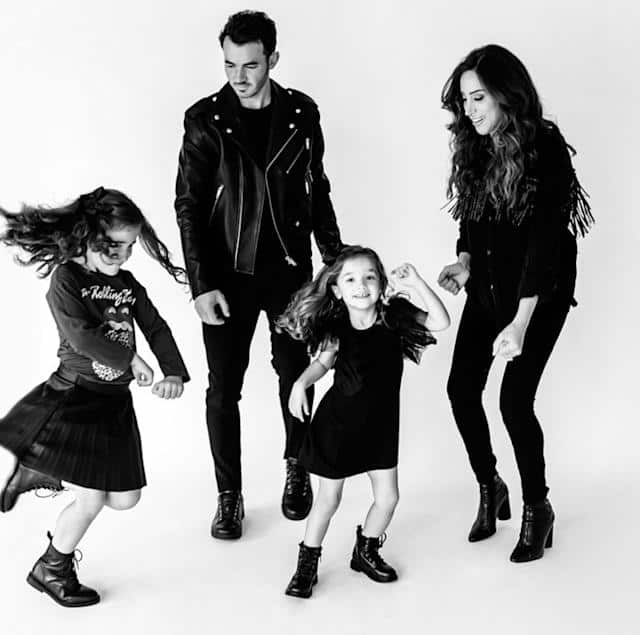 All of the Jonas Brothers

I was a massive JoBros fan. I still am. I went to their concert last year. It’s been a bit of a part-time job of mine to keep up with their lives. Kevin was the first to marry and have kids. He and his wife, Danielle, have two beautiful daughters together: Alena and Valentina. The girls were born in 2014 and 2016, respectively. Joe surprised the world by marrying and having a child next. Joe and his Game of Thrones wife, Sophie Turner, had daughter Willa in 2020. Nick and Priyanka Chopra gave us all a wonderful shock when they announced in 2022 that they had welcomed a baby via surrogate! Do we now call them the “Jonas Fathers”? 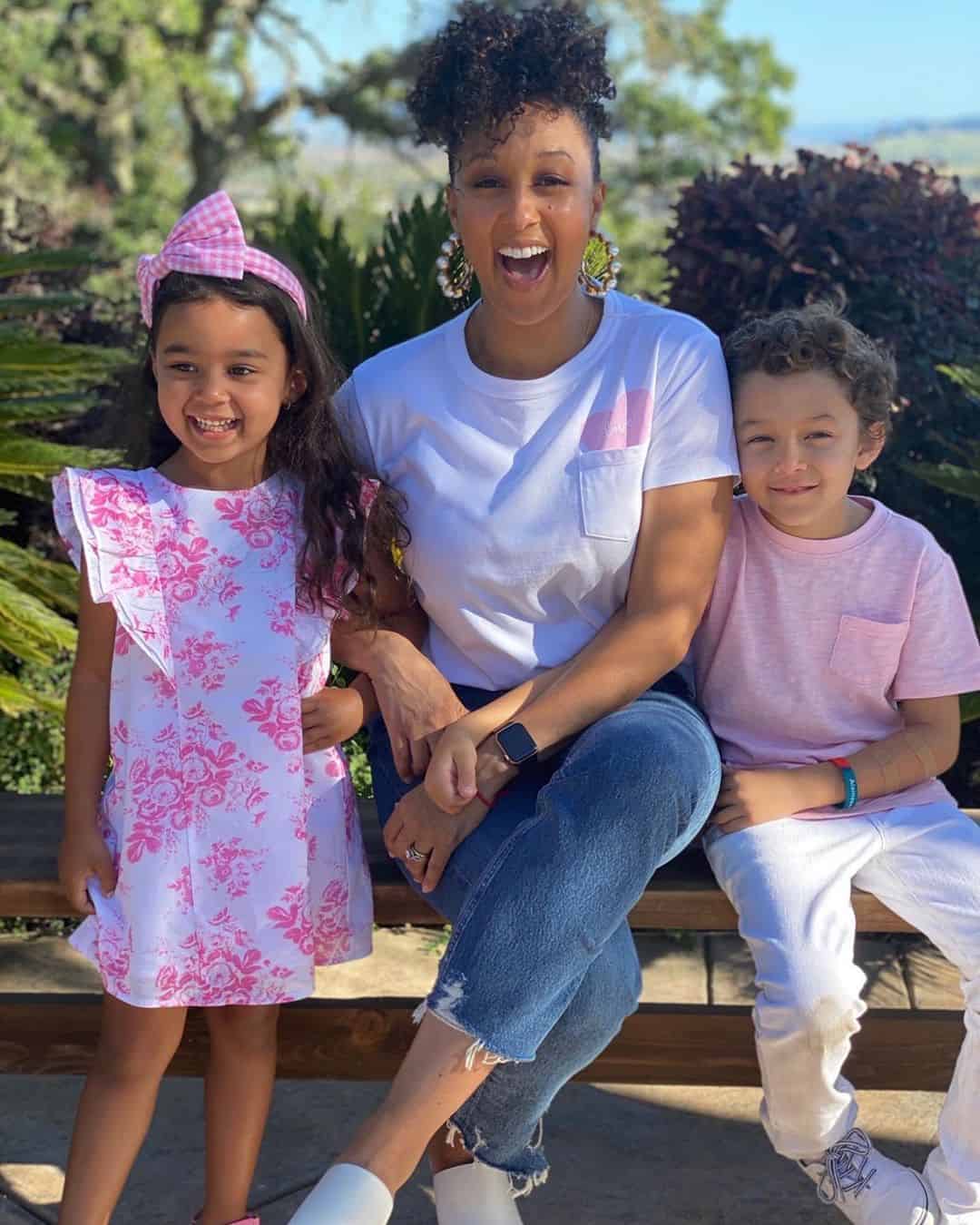 The Twitches are moms! Tia and Tamera Mowry went on from twin fame at Disney Channel to both having successful careers and marriages. Tia Mowry is married to Cory Hardrict and together they have two children. Their son Cree was born in 2011, while their daughter, Cairo, arrived in 2018. Tamera has two kids of her own with husband Adam Housley. Their first son is Aden, who was born in 2012, and their daughter is Ariah, born in 2015. The Phineas and Ferb, High School Musical, and Suite Life of Zach and Cody star has had quite the Disney career. I love Ashley. She and husband Christopher French welcomed an adorable baby girl in 2021. They named her Jupiter, but call her Juju for short! Let’s all hope that Ashley and Christopher have two boys next so that her Phineas and Ferb journey can come full circle!

Kyla Pratt is the PROUD mom of two beautiful girls! See what I did there? Kyla played the lead character, Penny, in the 2000’s series The Proud Family. Pratt had her first daughter, Lyric, with partner Danny Kirkpatrick back in 2010. Their second daughter, Liyah, was born in 2013. These girls are the spitting image of their mom! We can’t wait to hear more of Kyla in the new Disney+ reboot, The Proud Family: Louder and Prouder!

It’s London Tipton! Gosh, can you even imagine London Tipton as a parent? Brenda Song also starred in various DCOMs (that’s Disney Channel Original Movies, for all of you non-millennials), like Stuck in the Suburbs and Wendy Wu: Homecoming Warrior. Brenda Song is actually engaged to another famous child star: Macauley Culkin. That’s right. London Tipton is marrying Kevin from Home Alone. The couple welcomed first son, Dakota, in 2021.

Related: You can book a night in the ‘Home Alone’ house for just $25 through Airbnb! Yes, we’re serious! David Henry starred in Wizards of Waverly Place, which was a hugely popular show about three wizard siblings. Well, David is about to be a dad to three siblings! Crazy how things turn out. David Henry and his wife Maria Cahill are the proud parents of two children, and soon to be three! Their daughter, Pia, was born in 2019 and their son was born the following year on Christmas Day. This past December of 2021, they announced that they are expecting their third child!

I wonder if hip hop is still her passion? Kaycee Stroh is best known for her iconic performance as Martha in all three of the High School Musical movies. Martha was always one of my favorite Wildcats. Stroh even sort of reprised her role in the Disney+ series High School Musical: The Musical: The Series. She gave birth to her first daughter, Zetta, with husband Ben Higginson in 2013. Their second daughter, Lettie, in 2015. She often posts on social media about her sweet family!

I love keeping up with my old icons. It’s so fun to see how we all change and grow together. It’s also nice to remember that these are just normal people with normal kids. If only Disney Channel would reboot all of my favorite shows with these stars as adults!