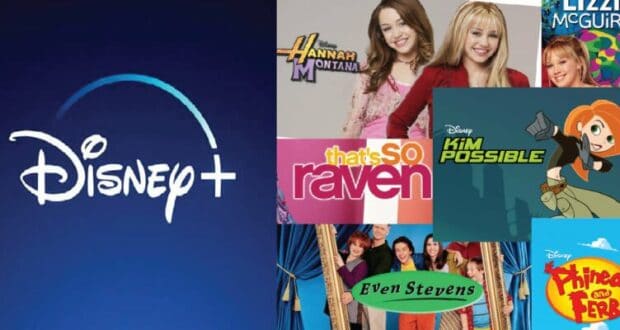 Credit: Inside the Magic

There is very little we are more acquainted with than old Disney Channel content. Growing up in the 90’s and early 2000’s, we were blessed with arguably the best shows and movies Disney Channel has had to offer. Disney has released many, many good kid programs over the last decade (we’re looking at you, High School Musical: The Musical: The Series), but nothing will ever beat the classics. We love revisiting some of our old favorites, so please indulge us while we go back to our middle school years and reassess these classic kid shows! 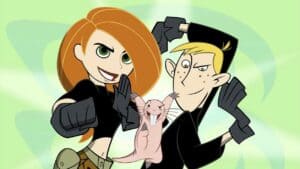 Call her, beep her, you know…if you wanna reach her! We grew up idolizing Kim! A cheerleader who kicks bad guys’ butts? Yes, please! This show has so much going for it. we don’t even know where to begin. Throughout this show’s four seasons, we see teen hero Kim Possible and her best friend Ron Stoppable survive high school and supervillains. What makes this show special to this day is the chemistry between all of the characters. Kim and Ron are perfect best friends and later boyfriend and girlfriend. And Kim’s family is hilariously supportive. But the interactions between Kim and Ron and their nemeses are what seal the deal for us. Drakken and Shego are the best bad guys ever. This show holds up because it is still genuinely funny. The jokes are not all slapstick, but rather dry, sarcastic, and clever. Plus, we love to see some girl power!

Phineas and Ferb is the show we never knew we needed. This ridiculous, silly, over-the-top children’s show is absolutely brilliant. The creators of this show managed to make a 20-minute cartoon about a triangle-headed kid, his British step-brother, their crazy sister, and their secret agent platypus a well-rounded, genuinely good show. We love this show because of how detailed the world of Phineas is. We know every single member of the Tri-State Area and their entire family history. The show constantly calls back to previous jokes or situations that just make the whole world feel so real and fun. 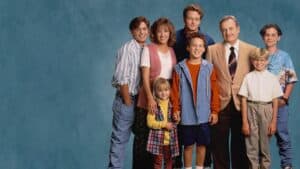 If you were a 90’s baby, chances are you grew up with Cory Matthews, Shawn Hunter, and Topanga Lawrence. The main characters of the beloved show Boy Meets World feel more like friends than just people on the TV. Throughout this show, we see the gang of best friends goes from 6th grade all the way through college, falling in love and figuring out who they are. This incredible show still holds up because of the message it gives. Whether it’s a lesson from Mr. Feeny or a moment with Eric, this show emphasizes right and wrong and how to be a good person. You don’t see that a lot these days.

Every teenage girl growing up in the early 2000s wanted to be Lizzie McGuire. We all felt her cringe going through middle school. Lizzie was weird and awkward and clumsy, and we needed a role model like that in our lives. To be completely fair, this was not the highest quality show. The writing was fun, but not particularly good. We still include it on this list because of the impact it made on a generation. In its two seasons, we got to know and love Lizzie, Gordo, Miranda, Matt, Ethan, and even Kate. These characters were silly, but they were real kids. That goes a long way for us. 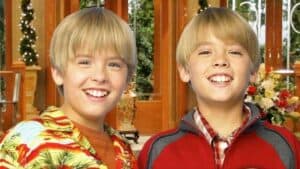 Suite Life of Zack and Cody

Here I am in your life! There you are in mine! Man, we miss this show. The Suite Life of Zack and Cody starred the Sprouse twins as pre-pubescent little punks living in a high-class hotel in Boston. Like all of the other shows on this list, this show at its root is about kids, so the plots and themes are also for kids. What makes it hold up are the side characters. In our opinion, Maddie and Mr. Moseby make this show. The little snide comments that were too dry for kids to fully see the humor make our adult selves laugh the hardest. With all of that being said, we never want to talk about Suite Life on Deck ever again… 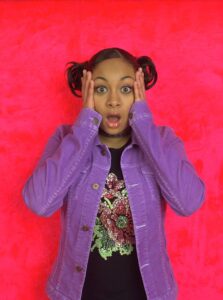 We still appreciate That’s So Raven for the uniqueness of it. This sitcom was the first time Disney Channel ventured into the paranormal for a TV series. Raven Baxter is a teen that can see into the future with her psychic visions, but often she misinterprets the situation, making it much, much worse. That’s So Raven was equated to I Love Lucy for its over-the-top scenes and characters, with Raven channeling Lucille Ball in her various disguises and shenanigans. Not only was this kind of humor needed for the current generation, but it was also rare to see a kids’ show centered around a black family. This show was a breath of fresh air for the channel and we will forever be grateful for it.

Phil of the Future

Okay, this show was and is ridiculous – we won’t deny that. We admit that some parts of the show do not hold up, like the dad’s humor, for example. But this show was amazing because it brought a bit of sci-fi to the channel. We loved seeing all of Phil’s futuristic gadgets (many things that we actually have today). Phil of the Future relied heavily on slapstick humor and gags. But what seals the deal for us is the chemistry between Phil and his best friend, Keely. They make an iconic duo and their interactions are genuinely very funny. 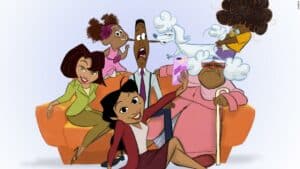 Like That’s So Raven, The Proud Family was revolutionary on the Disney Channel because it focused on a predominantly black cast. This was something kids didn’t see often on their TV shows, so to present it in such a real and hilarious way was huge. The Proud Family revolves around the life of 14-year-old Penny Proud as she grows up and experiences the world with her friends and wacky family. What we love about this show isn’t necessarily the quality of the jokes, but the quality of the serious content addressed. This show delivers representation and addresses real life, real problems in a genuine, helpful way. From racism to sexual orientation, to bullying, this show covers it all and covers it well. We can’t wait for the reboot on Disney+ coming in 2022!

Related: Here’s everything coming to Disney+ this month so you can stay in, bundle up and binge! 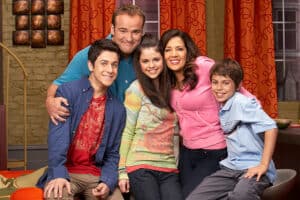 “What’s that? A hat? Crazy, funky, junky hat. Overslept, hair unsightly. Trying to look like Keira Knightly. We’ve been there, we’ve done, we see right through your funky hat!” Why yes, we did still have that memorized. The Russo kids are a family of wizards trying to make their way through high school while also learning magic to become the family wizard. This is the show that started Selena Gomez’s career and she is legitimately the best part of the show. Her character, Alex, is absolutely hilarious and clever, a drastic difference from her brother, Max. Wizards was silly, imaginative, and a genuinely good show.

Sweet niblets! We love these shows and most kids growing up probably did too. They were entertaining and silly and perfect for the time. But rewatching them now, they are objectively not very good. Some of these scenes and lines have the ultimate cringe factor. They will always have a place in our hearts, just not on this list…