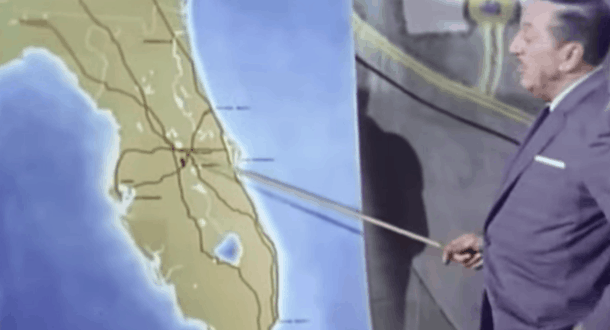 As Disney fans all over celebrate the 50th anniversary of Walt Disney World, one Florida family is remembering the day they discovered they had just sold their land to Walt Disney.

On November 15, 1965, Walt Disney and his brother, Roy, held a press conference in Orlando, Florida, and made a formal announcement about their plans for a Disney theme park in the area.

“We are starting from scratch,” Walt told his audience. “We have many things in mind that could make this unique and different than Disneyland.”

Walt knew he had a good thing going in central Florida–something he didn’t have in California with Disneyland–ample room to grow.

“In Florida,” he explained, “we have something special: the blessing of size. There is enough land here to hold all the ideas and plans we can possibly imagine.” 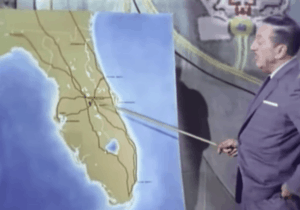 But not all the land that Walt purchased was “no man’s land.” In fact, a huge tract of land that is now Disney property–12,500 acres to be exact–was owned by the Demetree family.

“My father decided they would spec some land,” explains Mary Demetree of her father and his huge tract of central Florida wetlands. “After they spent a year making payments on it, they said, ‘what the hell did we buy this land for?'”

The Demetrees’ nearly 13,000 acres were some of the first land bought up by Mickey’s creator.

“What was lemons for us was lemonade for Walt Disney,” Demetree continues. “Walt Disney literally was flying over the land looking at Ocala, and when he came over to Orlando, he saw the wetlands on our property and said, ‘that’s Tom Sawyer Island.'” 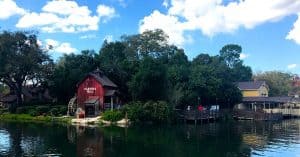 The family was thrilled that someone wanted to buy their land. But they had no idea it was Walt. At that time, the transactions were being handled by attorneys only, but it wasn’t long before the Demetrees and the rest of Florida discovered who was behind the sudden interest in Florida swampland.

“The [Orlando Sentinel] sent a reporter to Anaheim and said, ‘don’t leave Anaheim until you crack this story; we think it might be Disney,'” Mary Demetree shared.

She says it wasn’t until she opened up the newspaper one morning that everything became clear.

Mary smiled as she reminisced: “I said to my mother, ‘it’s Disney! It’s Disney!'”