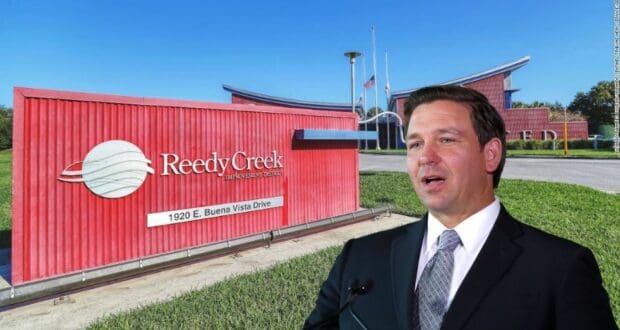 If you are a Disney fan, then odds are that you have heard about the Walt Disney Company’s current fight with Florida. On April 22, Florida Governor Ron DeSantis signed a bill officially dissolving the Reedy Creek Improvement Act. The Act let Disney essentially function as its own government, and its dissolution means that the company will now be beholden to the state for things like permits and necessary improvements. The dissolution bill is supposed to go into effect on June 1, 2023, but many are questioning its legality.

One of the big issues in dissolving Reedy Creek is what will happen to the bond debt that it currently has. Should the District be dissolved, then that debt — which is estimated to be more than $1 billion — would theoretically be passed on to the taxpayers of Orange County and Osceola County. However, according to the bonds that Reedy Creek sold, dissolution of the district could not legally happen until 2029 — at the earliest.

Bloomberg Tax explained how the bonds work, how Disney issued them, and what the state of Florida agreed to with the bonds.

By dissolving Reedy Creek, the legislature essentially rewrote the promises made in the district’s bond offerings. Instead of bonds backed by a special district with the power to levy up to 30 mills in taxes, the property tax bonds will be backed jointly by two governments that can only generate a maximum of 10 mills in taxes. Instead of a unified utility system with special powers to charge various fees, supported by special taxing powers, utility revenue bonds will be jointly managed by two counties subject to additional taxing and spending restrictions.

Both the U.S. and Florida constitutions place strict limitations on the government’s ability to impair its own contracts. Under the U.S. Constitution, a state can only impair an existing contract if the impairment is reasonable and necessary to serve an important government purpose. As early as 1866, the U.S. Supreme Court held that once a local government issues a bond based on an authorized taxing power, the state is contract-bound and cannot eliminate the taxing power supporting the bond. The Florida Constitution provides even greater protection from impairment of contracts.

The issue of bonds can get extremely complicated and confusing, especially if you are not familiar with buying them and what that means. While that confusion may apply to the average person, it does not apply to the state of Florida. Governor DeSantis said that he had worked with his fellow Florida legislators to figure out how everything will work with the dissolution. However, the legality of interfering with bonds when it contractually agreed not to do so will only work in Disney’s favor.

The bonds in question were utility bonds that were issued in 2018 and prohibit redemption until at least 2029. Now, technically, it may be possible for Florida to still dissolve Reedy Creek, but only if it cut a check to all of the bond holders effected and paid off the more than $1 billion in current debt.

Florida violating its bond promise is only one legal issue that the state will potentially face. Florida law also states that a specially created district can only be dissolved by a vote of the district’s landowners. On top of that, the dissolution of the Reedy Creek Improvement District could be considered unconstitutional if it was done in retaliation — which DeSantis and fellow Florida Republicans have indicated.

Several legal experts, including those well-versed in Constitutional law, have said that Florida has put itself in the perfect spot to be sued by the Walt Disney Company. Disney has said that it is exploring all of its options, but has not said if it intends to sue the state.

2022-04-27
Krysten Swensen
Previous: Celebrate Mom at These Wonderful Dining Spots in Walt Disney World
Next: Johnny Depp was “charming” on the stand, but the uphill battle in his defamation trial is only beginning, say legal experts