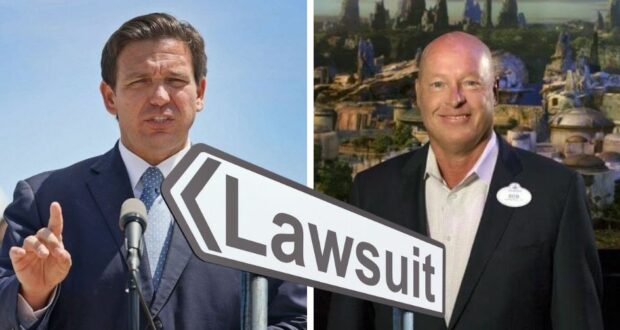 Disney Can Sue Florida Over Dissolution Of Reedy Creek

April 22 was not a great day for The Walt Disney Company. Florida Governor Ron DeSantis signed a bill into law that will officially dissolve the Reedy Creek Improvement District on June 1, 2023. The Reedy Creek Improvement Act was first established in 1967 and allowed Walt Disney World to act as its own government, so it could build what it needed, when it needed, without the red tape. It was also responsible for all of its own expenses, which would normally be passed on to the taxpayers. Should the bill actually go into effect, some Florida taxpayers would not only be responsible for Disney’s future debts but its past ones as well, which are estimated to be between $1 and $2 billion.

DeSantis signing the bill was the latest shot fired in the battle between the corporate giant and the Sunshine state. The two have been at odds since Disney publicly condemned the Parental Rights in Education bill — which the Governor fully supported. DeSantis said that companies like Disney don’t run the state, and Disney said that it would work hard to make sure the bill was repealed.

While the bill has officially been signed, there is some debate about whether it will actually go through. Florida law dictates that a specially created district — like Reedy Creek — can only be dissolved by a vote from the district’s landowners, which is Disney. Governor DeSantis claims that everything has been thought out, and Reedy Creek will be dissolved. However, according to law experts, Florida has now put itself in the prime position for a major lawsuit from The House of Mouse.

Several Constitutional Law experts have spoken out about the legality of what Florida has done. WFTV9 — a news station based in Orlando — spoke to some of them, and here is what they said:

“Once the government provides a benefit, that benefit can’t be taken away in a way that is unconstitutional,” Lawrence Walters, managing partner of Longwood-based Walters Law Group said. “In other words, the government cannot retaliate against the company in response to the exercise of the company’s First Amendment rights.”

“You have a government, with all the resources of a government, striking out … simply for exercising their right to have an opinion,” Glen Torcivia, shareholder of West Palm-based Torcivia, Donlon, Goddeau & Rubin, explained.

Some Republicans, including DeSantis, appeared to realize the danger their early statements put them in. Many interviews throughout the week steered heavily in the direction of good governance and proper oversight, which Torcivia and Walters said was the state’s best possible defense.

Stetson University Law Professor Paul Boudreaux added another advantage Florida would have: Disney would be challenging legislation voted on by a large group of people, each with their own motivations.

“You have to prove the retaliation was done for this specific purpose,” he said.

According to the experts, should Disney decide to sue, they would be in a good position to win. Several politicians, including Ron DeSantis, have said that the dissolution of Reedy Creek was done in response to Disney speaking out about the Parental Rights bill. At a public event, after he signed the dissolution bill, Governor DeSantis told supporters that Disney tried to “attack” Floridian parents, so Florida lawmakers fought back.

There is a long time between now and June 2023, so anything can happen. All we can do at this point is wait and see what actions, if any, Disney decides to take. The Reedy Creek Improvement Act has seemed to work well for both Disney and Florida, so it is unlikely Disney will want to dissolve the District. Should DeSantis continue to force the issue, it is possible Disney could decide to take the lawsuit route.