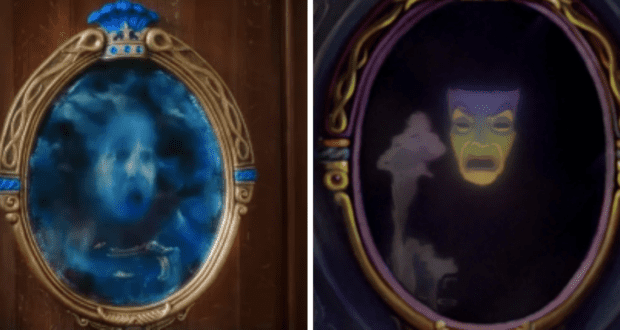 It has been 15 years since the premiere of Disney’s Enchanted graced us, and 15 years later, the long-awaited sequel has been released. Walt Disney Picture’s Disenchanted has a star-studded cast starring, of course, Amy Adams and Patrick Dempsey as Giselle and Robert. The hilarious James Marsden makes his return as Edward, Prince Charming.

The fairy tale cast is peppered with big names, including Maya Rudolph, Yvette Nicole Brown, Gabriella Baldacchino, and the queen of all queens, Dame Julie Andrews as the narrator. If the cast isn’t enough to draw you in, Disenchanted has tied in all sorts of genius easter eggs throughout the movie. There are nods to Snow White, Cinderella, Frozen, and The Little Mermaid, to name a few. Here are a few we’ve found:

Magic Mirror on the Wall 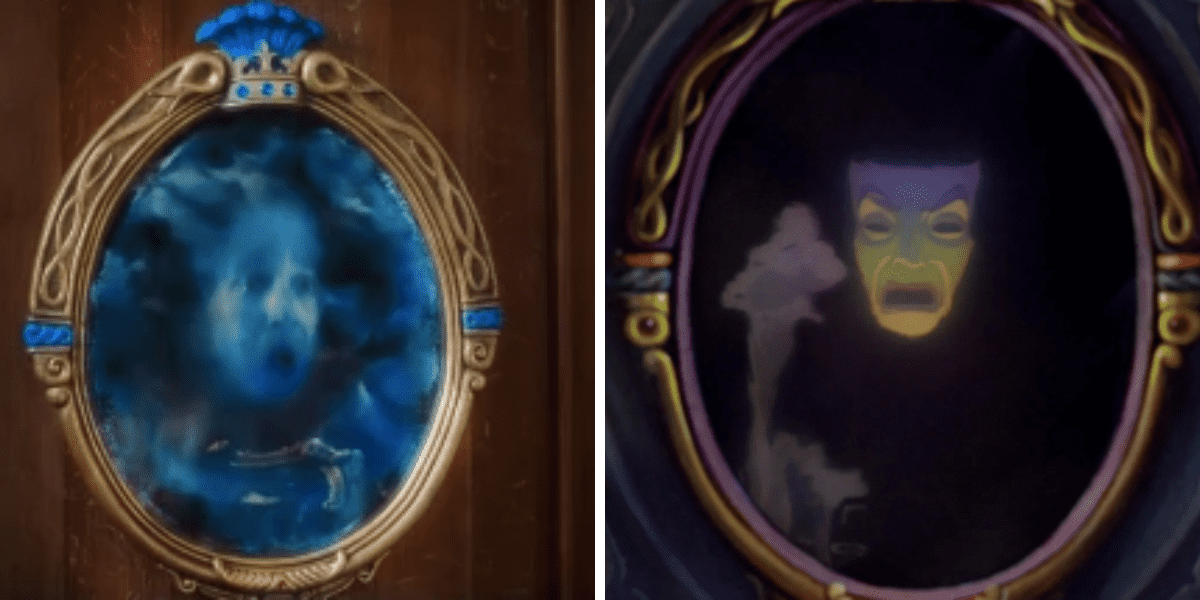 As a nod to Snow White, Oscar Nunez appears on the magic mirror this time. Nunez plays Edgar, the owner of a coffee shop who later becomes the magic mirror in Monrolasia. He’s arguably way less creepy than the Disney Villain’s Magic Mirror in Snow White. No wonder that movie scared us as kids. 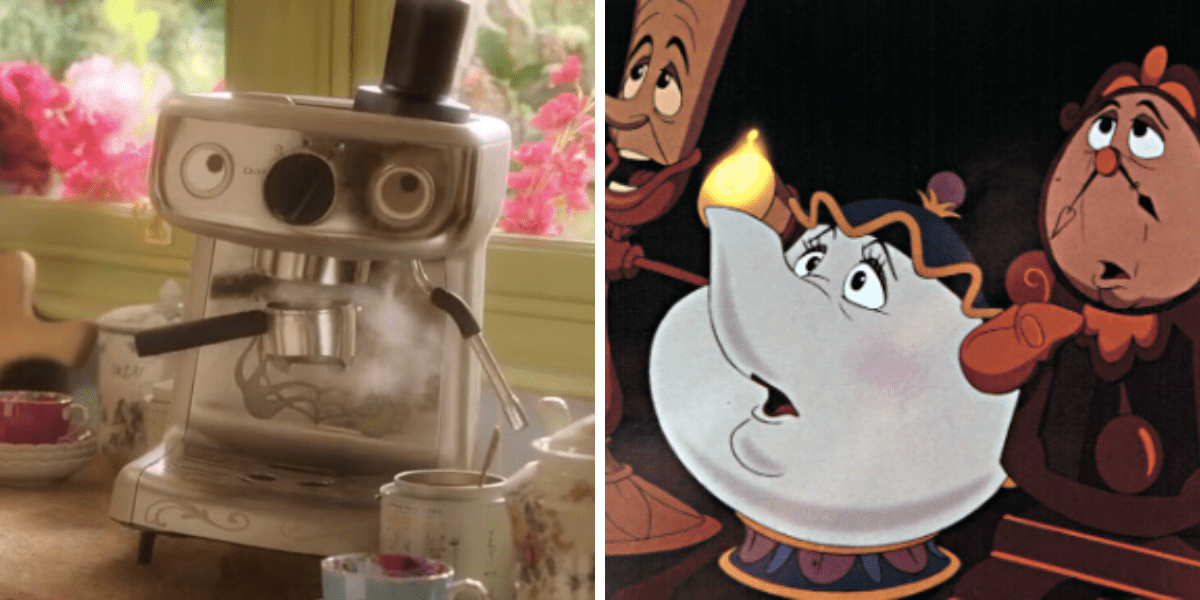 Well, of course, they can talk! Disney is no stranger to animating inanimate objects. Most memorably, the majority of the cast in Beauty and the Beast is kitchen equipment come to life. In this Enchanted sequel, we see princess Giselle’s friends, the espresso machine, and the blender revving up for some conversation on her counter.

Is That You, Drizella? 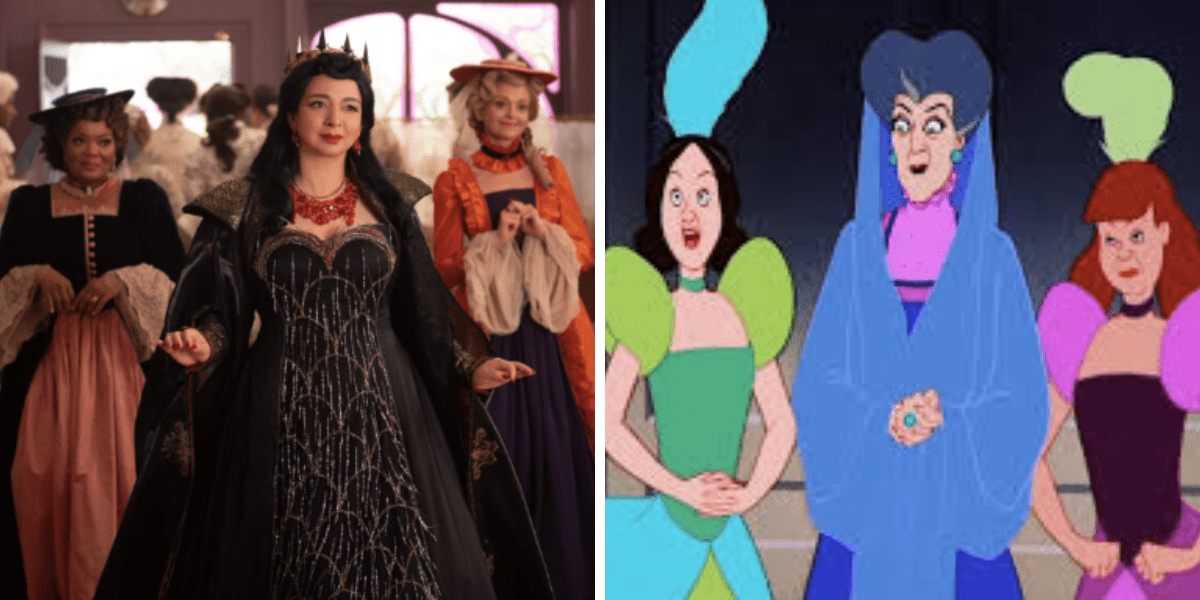 Not exactly, Drizella and Anastasia, but Malvina has a shadow of two associates, Ruby and Rosaleen, who give us stepsister vibes. They are seen at the ball in the same green and pink color scheme as the infamous stepsisters in the classic Disney film Cinderella.

A Smile and a Song 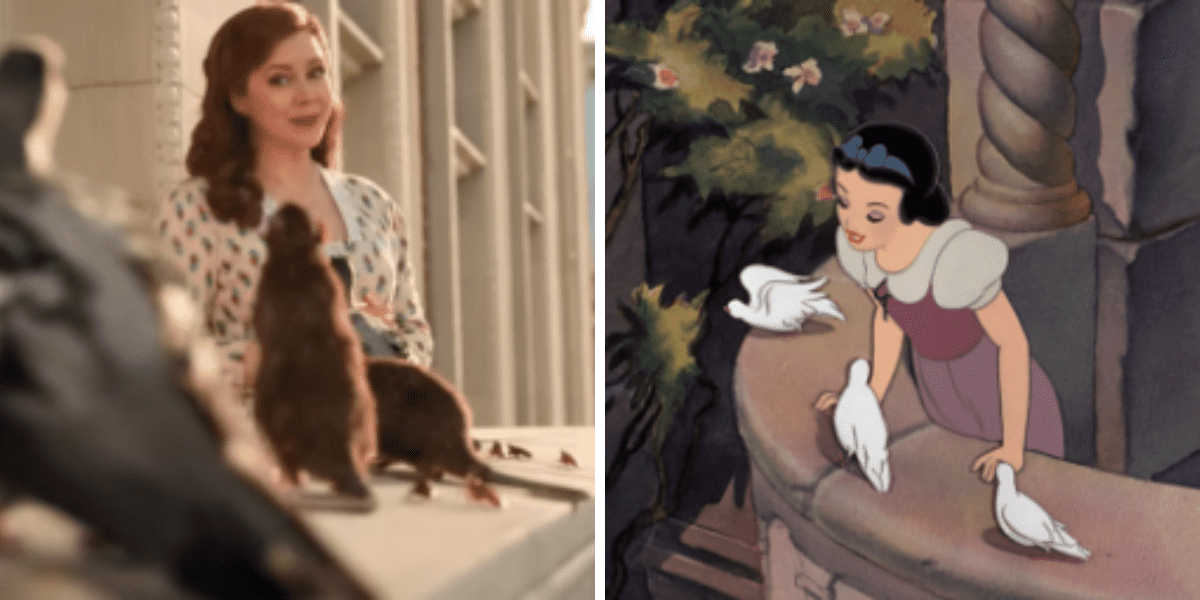 It seems that all Disney princesses have a Dr. Dolittle-esque ability to communicate with animals, and Giselle is no different. From the balcony of her New York City apartment, princess Giselle can be seen singing to the pigeons and a few rats. It’s the fairy tale magic of the beautiful doves from Snow White, but we’ll take it.

What other Easter eggs have you found in Disney’s Disenchanted?