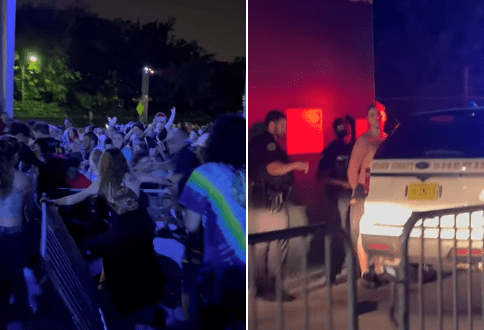 Just down the street a ways from the 50th anniversary celebration at Walt Disney World, another, less celebratory event is also in full swing–Halloween Horror Nights at Universal Orlando Resort, but a fight that broke out on Wednesday evening seemed to bring some of the horror to life for those who witnessed the altercation. 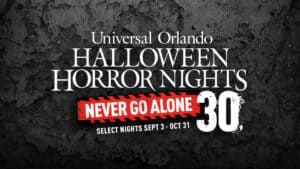 It was late in the evening on the night of October 13 last week when a fight broke out in the queue for the Haunting of Hill House maze that’s part of the annual Halloween-themed event. The brawl looks to have involved several people, rather than being just a spat between a couple of guests.

No representative from DisneyDining was there at the time of the huge brawl, and we won’t speculate on what might have caused such a disturbance among guests, but a few guests who were there at the time have taken to social media to share their insights.

One guest says the brawl had to do with 2 men who were allowed back into the line after leaving to purchase drinks. But since the video doesn’t begin until after the altercation was already happening, we can’t say for sure what started the fight. 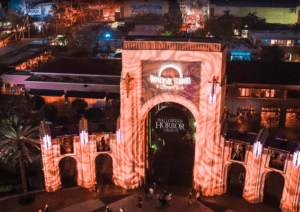 One guest at Universal that evening named Leslie Diaz captured some of the fight and posted it to Facebook. Her post also included what she called some of the “aftermath” of the altercation (when police showed up and took control of the situation). 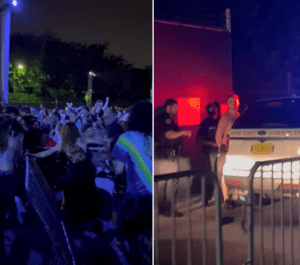 There is a part of Ms. Diaz’s video that shows a woman, who had not been involved at first, coming into the crowd from off-screen. She begins to attack another woman who was in the middle of the brawl. The two were separated by other guests who were at the scene at the time. 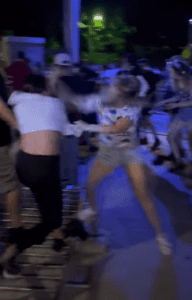 By guests’ accounts, there was a 100-minute-long wait for the attraction, and one guest tweeted that “tensions were high.”

Here’s hoping the remaining days of Halloween Horror Nights at Universal Orlando keep the horror fictional and the lines friendly.

2021-10-16
+Becky Burkett
Previous: This 10-bedroom mansion on the property line with Disney has a library that would make Belle jealous
Next: Classic Disney World Snacks You Have to Try