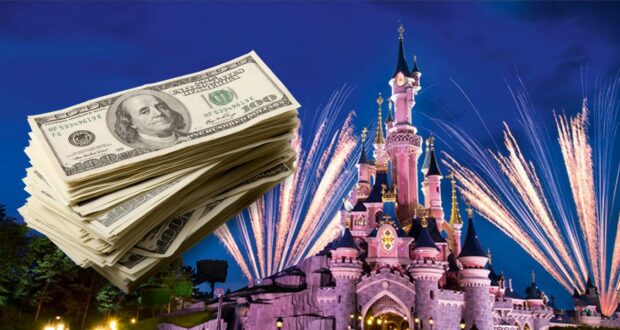 Price hikes. They seem to be hitting The Walt Disney Company at a growing rate.

As Disney fans attempt to keep up with the recent Park ticket price increases at Disneyland Resort and Walt Disney World’s food and beverage price hikes, Disneyland Paris Resort is now experiencing the same blow to the budget.

Disneyland Paris Guests awoke on November 29, 2022, to find food and beverage pricing on the rise. Without any warning, the price increase at several locations is effective immediately.

Here are the following Disneyland Paris buffet restaurants that have been hit by the price increase:

Buffet restaurants aren’t the only restaurants this price increase has hit. Effective immediately, Disney has also increased the price at table-service restaurants, including:

Sadly, quick-service restaurants are not immune to the “scandalous” food price increase.

@DLPReport notes there are too many to list, overall, menus 1 and 2 pictured below are combined and increased to €15 ($15.49 U.S. dollars). It is also noted that desserts have been removed from all menus while keeping the same price.

We can’t help but think about this popular tweet from @SirBrayden as Walt Disney World Resort recently increased its beverage cost. He tweets:

The former Disney CEO Bob Chapek may be gone, but it looks like even the newly returned Disney CEO Bob Iger wasn’t able to stop these price increases from unfolding… even though he too believes that Disney Parks are too expensive.

As always, we will share more details as soon as they are released in regards to Disneyland Paris’ hard-hitting food price increases. In the meantime, keep saving those pennies, Disney fans!

2022-11-29
Jamie Sylvester
Previous: Hollywood Studios or Animal Kingdom? A Disney Park Comparison
Next: The Largest Volcano in the World Has Erupted Near Disney Resort