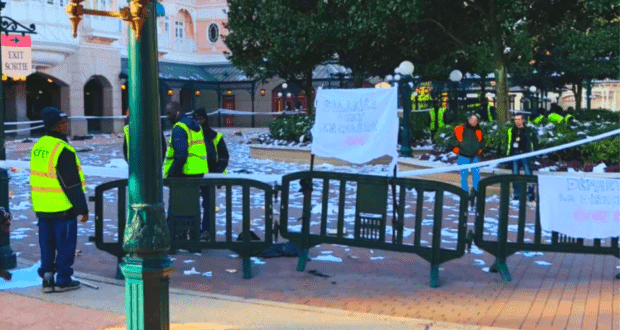 Protests began at one Disney Park over the weekend in response to Disney’s reservation system. But another group of protesters at the same park once spewed their frustrations and anger by intimidating Guests, banging drums in the Resort Hotel, and slinging garbage throughout the hotel and park, leaving Guests furious, as well as fearful about all that was going on around them.

Protests began on Saturday at Disney’s only European park, Disneyland Paris, located just outside the City of Love and Light. Park fans gathered to show their deep disapproval of Disney’s Park Pass Reservation System, which requires Guests to reserve days during which they plan to be in attendance at a Disney Park.

The same system rolled out at Disney World in July 2020 when the parks reopened following a nearly four-month closure in response to the coronavirus pandemic. 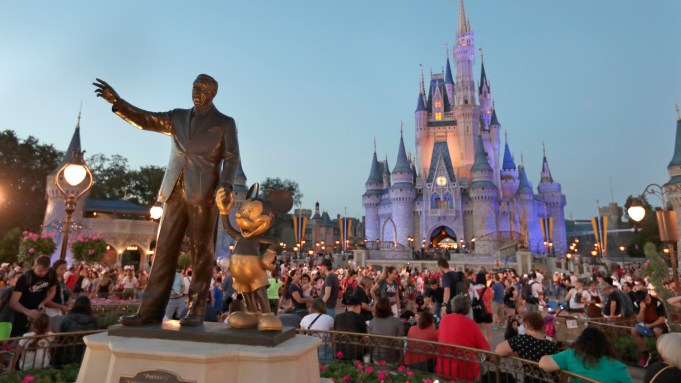 Though fans were thrilled to be back at the Most Magical Place on Earth, there was an air of unfamiliarity brought about by Disney’s new system, which denies entry to any Guest without a reservation, regardless of the money they’ve spent on park tickets. No exceptions.

The same seems true for fans of Disneyland Paris, who gathered in droves on Saturday. The protests were clearly expected, as park management had beefed up security before the eventual onslaught of protesters.

What made them so sure a protest was coming? It might be the fact that Disneyland Paris is no stranger to protests. Over the last few years, there have been several protests, including one led by third-party employees who despised their work environment and decided to make garbage of the Disney Park environment for Guests and Cast Members alike. 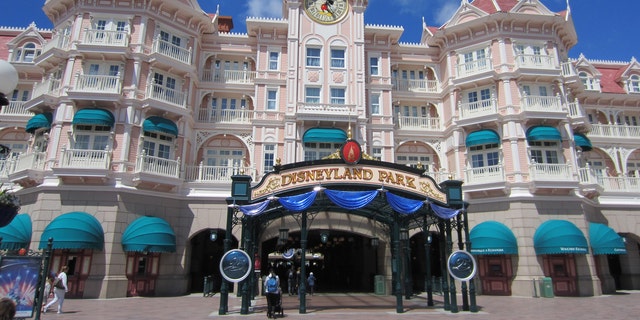 And it wasn’t the first time the Onet employees spoke out about what they saw as poor conditions and poor pay. Protesters that day threw toilet paper and slung trash throughout areas of the Disneyland Hotel at the resort, and the same was true for the Main Street Station area, which resulted in that section of the Disney Park being closed down and blocked off to Guests. 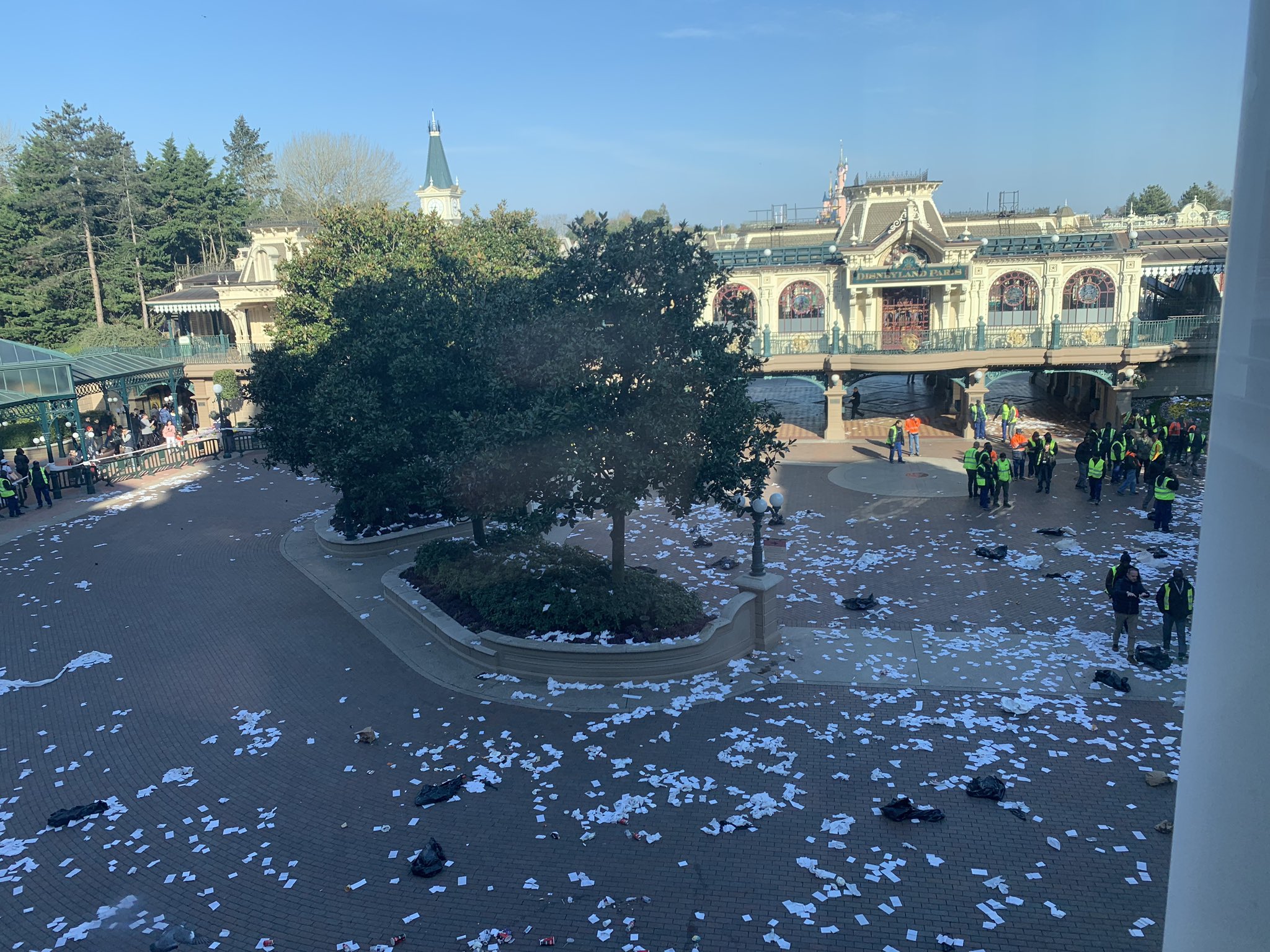 Guest photos from that day show trash littered across areas of the park, as well as in front of the Disneyland Hotel. Onet employees also posted handmade signs throughout the area, understandably angering Guests who’d spent money and traveled to be at the park during that time.

A Guest named David, who has the username “leadersandlunatics” on Twitter, took to the social media platform to air his frustrations and fears during the protests, as he and his children were visiting the park during that time. He tweeted, “paid massive money for Disney land hotel to walk around in trash and be intimidated with my children. Not good enough.”

@DisneyParis_EN @Disney paid massive money for Disney land hotel to walk around in trash and be intimidated with my children. Not good enough. #YellowVests #DisneylandParis pic.twitter.com/lhDpyA6wHG

David also included photos he took that day of the garbage and destruction left by protesters. His images depicted loads of paper trash, black trash bags, bottles, paper cups, empty aluminum soda cans, and more. To say that the park was trashed would be an understatement. 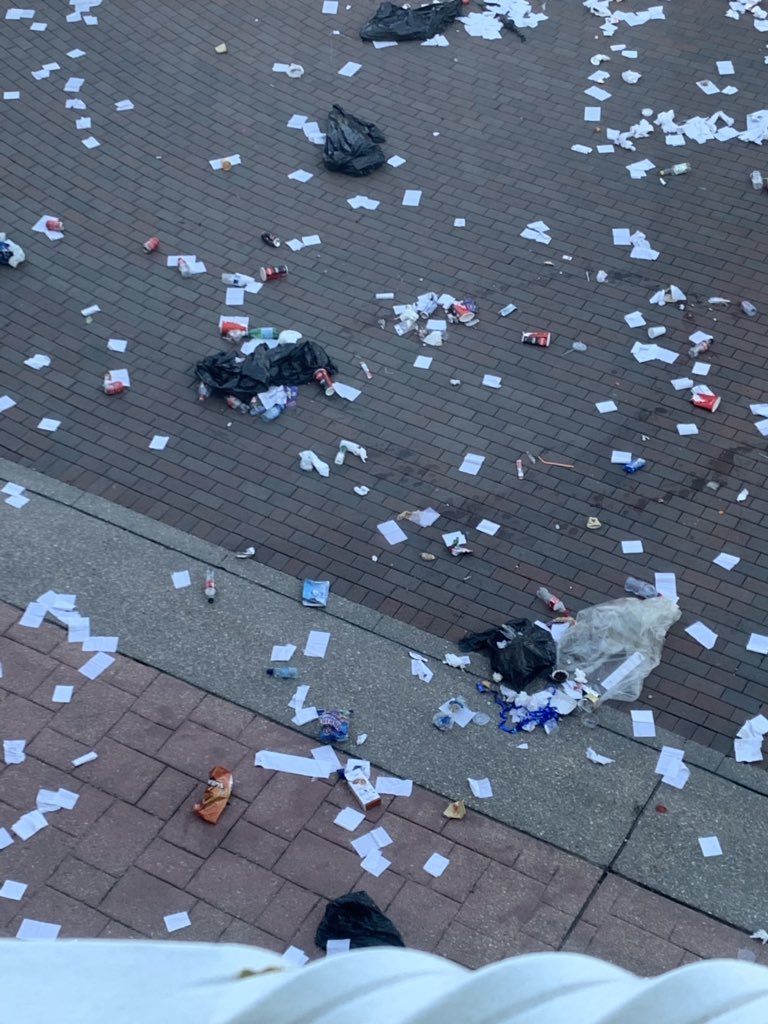 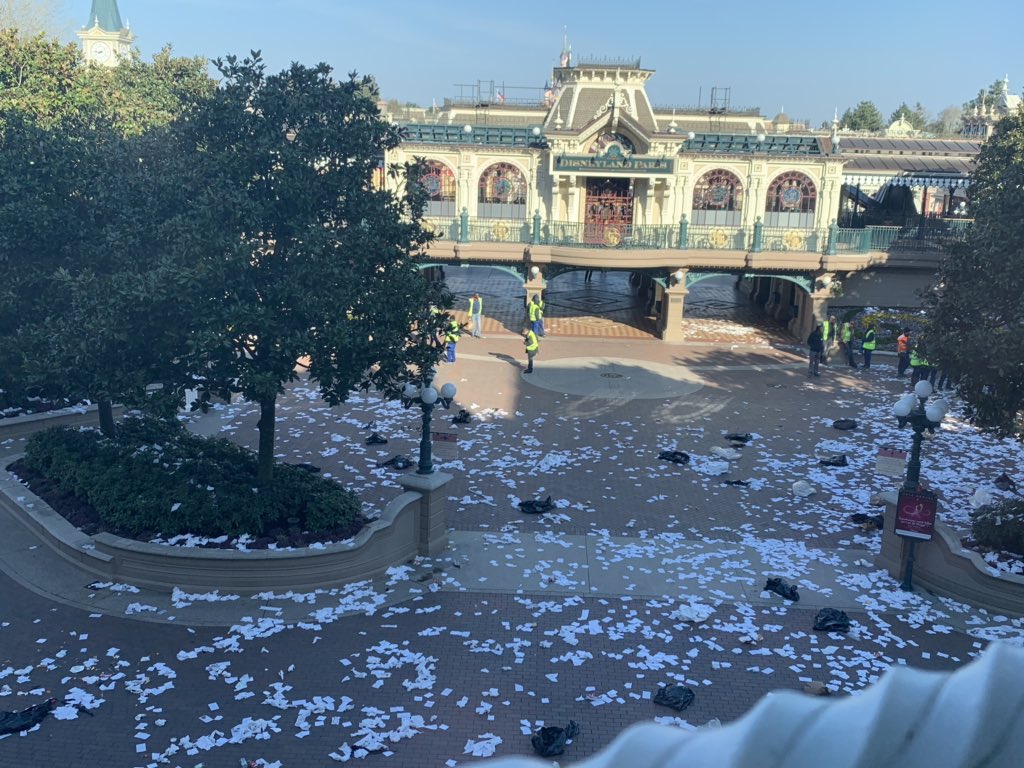 A response came from @Disneyland Help via Twitter, which read, “we are doing everything possible to limit the disruption caused by employees of a contracted cleaning company, and we apologize for any impact that it may have. The attractions and entertainment experiences are operating as scheduled.”https://twitter.com/DLPHelp/status/1111959463194435584

While it was pointed out to David that entertainment and attractions were still available to Guests, the incident left Guests fearful and furious. He garnered support from other users on Twitter, including one who validated his feelings and agreed with his frustrations.

Agree. Disrupting children's holidays, that their parents have paid a load of money for is unnecessary. Do it outside the park if you have to.

Others agreed and blamed Disney for beginning the issue in the first place.

Yeah! Why can't these underpaid workers protest for higher wages in a way that no one will see and that won't attract the attention of their employer at all? 🙃 If these peoples demands (for FAIR pay 😳 god forbid) were met in the first place, this wouldn't have happened.

We continue to monitor the Disneyland Paris protests that began on Saturday and will update our coverage when any further news becomes available.

2022-10-27
+Becky Burkett
Previous: EPCOT’s International Festival of the Arts Dates
Next: Spend a Day on the Walt Disney World Monorail!