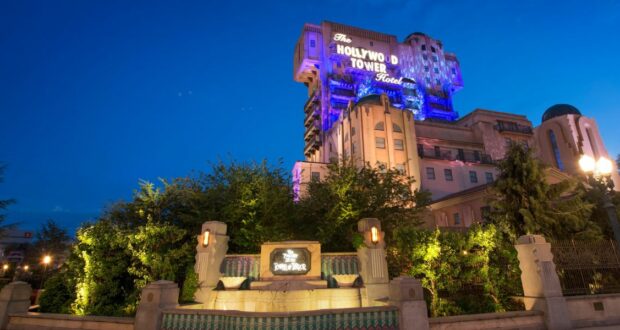 Just when you think The Walt Disney Company has thought of everything, they always seem to have a few more surprises up their sleeve. This is the case with Disney’s newest nighttime show, which will feature up to 500 drones.

Walt Disney World Resort has revealed the ending and opening dates for two of its theme park’s nighttime spectaculars, including the end of Magic Kingdom’s “Disney Enchantment“‘ and the return of ‘Happily Ever After.” Additionally, EPCOT’s “Harmonious” will come to a close with “EPCOT Forever” returning.

And while we’re thrilled with the Walt Disney World news, we can’t help but draw attention to a new nighttime show on the way to Disneyland Paris Resort.

Disneyland Paris is in the midst of its 30th Anniversary, in which the Disney Park introduced the stunning anniversary nighttime spectacular at Disneyland Park called Disney D-Light. The show has since been named the Best Live Entertainment 2022 by Park World Excellence Awards in London for its successful use of a dazzling nighttime drone display.

Now, Disneyland Paris is at it AGAIN! This time, with a new nighttime show coming to Walt Disney Studios Park. Much like Disney D-Light, the new show titled “Avengers: Power the Night” will feature hundreds of drones.

@ScottGustin took to social media to share, “NEW: “Avengers: Power the Night” nighttime show will be coming to Disneyland Paris Jan. 28 to May 8. The show includes drones, pyro, and tributes to Captain America, Captain Marvel, Scarlet Witch and for the first time at Disneyland Paris, Shang-Chi.”

The show will use Disneyland Paris’ The Twilight Zone Tower of Terror attraction in the Production Courtyard portion of the Disney Park as a projection backdrop. Then drones will light up the sky with different Marvel-inspired images such as the Captain America shield made by drones shown in the art rendering below:

Want a better understanding of what this drone show will look like? Gustin shares a video below of an Avengers Campus drone show that was performed during a media event in 2022.

This is absolutely stunning! Now, we can only hope Walt Disney World Resort will check out Disneyland Paris Resort’s drone technology and look to use it for one or more of its nighttime spectaculars.

As we’ve said before, we’re especially intrigued to see if Disney could use drone technology in place of fireworks at Disney’s Animal Kingdom Park, where fireworks are not allowed due to the number of animals that call the Park home.

We will be sure to keep Disney Dining readers updated as we learn more about what’s to come with this new drone show at Disneyland Paris.